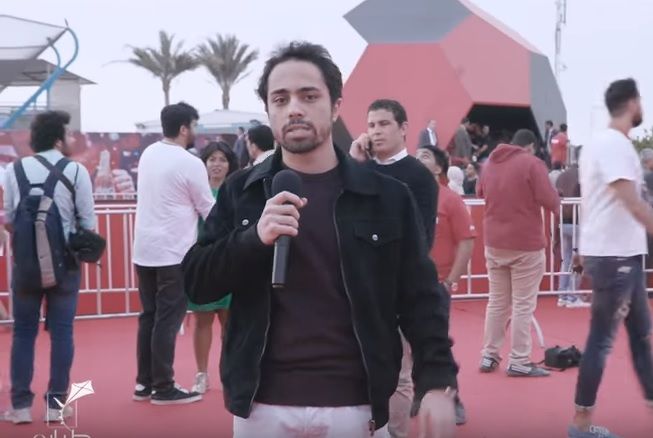 Plainclothes security personnel arrested satirical blogger Shady Abu Zeid on Sunday, according to his lawyer Azza Soliman, who told Mada Masr that his whereabouts and the charges leveled against him are unknown.

Approximately 20 security personnel raided Abu Zeid’s house at dawn and arrested him, refusing to inform the blogger’s family where he would be taken, Soliman said. The lawyer added that his sister was prevented from following the arresting officers in an attempt to discover where he would be held.

Lawyers have made inquiries as to the blogger’s whereabouts at the police station and prosecution in his neighborhood. According to Soliman, they also inquired at the State Security Prosecution, where his detention was denied.

The blogger produces a show called The Rich Content, which is shared on social media platforms. He was previously employed as a correspondent on the recently canceled satirical talk show Abla Fahita, which aired on CBC. Abu Zeid sparked controversy in 2016, when he posted a video online on the fifth anniversary of the January 25 revolution, which is also National Police Day, that shows him blowing up condoms like balloons and handing them to police personnel stationed at Tahrir Square.

After the January 25 video went viral, Abu Zeid’s family and the Association for the Freedom of Thought and Expression filed a legal complaint about threats the blogger received from police personnel. The complaint requested that the Interior Ministry ensure Abu Zeid’s safety and open an investigation into the threats.

Abu Zeid quit Abla Fahita in the wake of the controversy, but continued to post satirical content on social media, including footage of interviews with citizens in the street, something security forces have cracked down on in recent years.

AD
You Might Have Missed
If they steal Sheikh Jarrah
Mugamma revisited: Reimagining the building and the square
Where do old lesbians go to die?
Carbon Colonies & A Green New Deal
AD