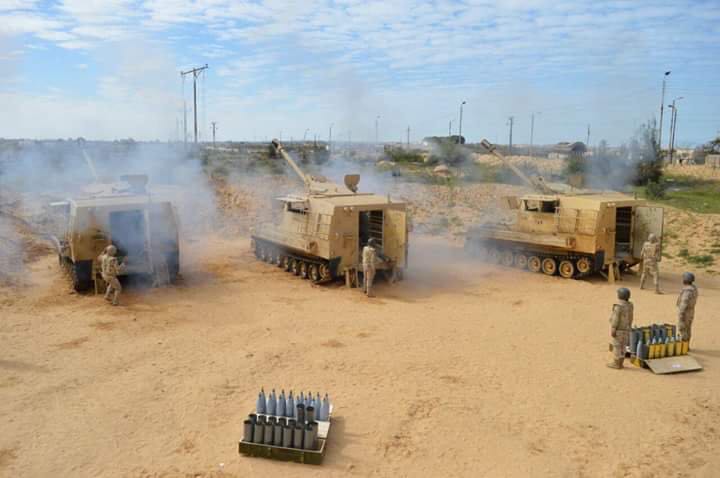 Human Rights Watch (HRW) warned of a “looming humanitarian crisis” in north and central Sinai in a Monday report, which it said is a result of the ongoing military operation in the peninsula.

In the report, HRW said that the military operation launched over two months ago has left 420,000 residents in four cities in dire need of humanitarian aid.

The New York-based NGO urged the Egyptian government to provide adequate food supplies and to allow relief organizations to deliver basic necessities to residents amid growing food, medical supply and gas shortages resulting from the severe restrictions on transport to and from major North Sinai cities imposed by Egypt’s military.

Sarah Leah Whitson, the Middle East and North Africa director at HRW, is quoted as saying that the Armed Forces actions in North Sinai “border on collective punishment and reveal the gap between what President Abdel Fattah al-Sisi claims to be doing on behalf of the citizenry and the shameful reality.”

The military, which has been engaged in ongoing conflict with militants in the peninsula for years, announced the launch of Operation Sinai 2018 on February 9, which it described as a “comprehensive” joint operation by the military and the police that aims to “end terrorism” in the area. In its first communiqué, the military said that the operation, which was a result of a directive from the president to the Interior Ministry and the Armed Forces, covers north and central Sinai, as well as areas in the Nile Delta and the Western Desert.

The operation — primarily targeting the Province of Sinai, an Islamic State affiliate and the most active militant organization in Sinai — has included the imposition of severe constraints on the movement of civilians and goods in almost the entire North Sinai Governorate, HRW’s report stated.

The report, which was based on interviews with 13 residents, including local activists as well as two journalists in the area, featured several testimonies from people based in Arish, Rafah, Sheikh Zuwayed and Bir al-Abd in North Sinai, who testified to severe shortages in basic foodstuffs since the operation began.

Residents also complained of shortage in medical supplies and baby formula, and stated that gas is being sold on the black market for five times its original price. They also recounted difficulties in leaving the peninsula to receive medical treatment in other cities. Residents of Arish previously told Mada Masr that they face price gouging and lengthy queues outside markets and Armed Forces supply trucks, as the cost of necessities has soared since February.

According to the report, the Egyptian government has attempted to alleviate the suffering of civilians by distributing food in Armed Forces vehicles. However, residents who spoke to HRW said that the supply remains insufficient.

The report also documented the halt of public transportation in the capital city Arish due to the fuel shortage, saying that these services have been replaced by four free buses provided by the state.

In the report, Whitson is quoted as saying, “A counterterrorism operation that imperils the flow of essential goods to hundreds of thousands of civilians is unlawful and unlikely to stem violence.”

“If the current level of movement restrictions continues,” the report concluded, “it could lead to a wider humanitarian crisis in an already economically marginalized area that continues to suffer from ongoing military operations and home demolitions.”