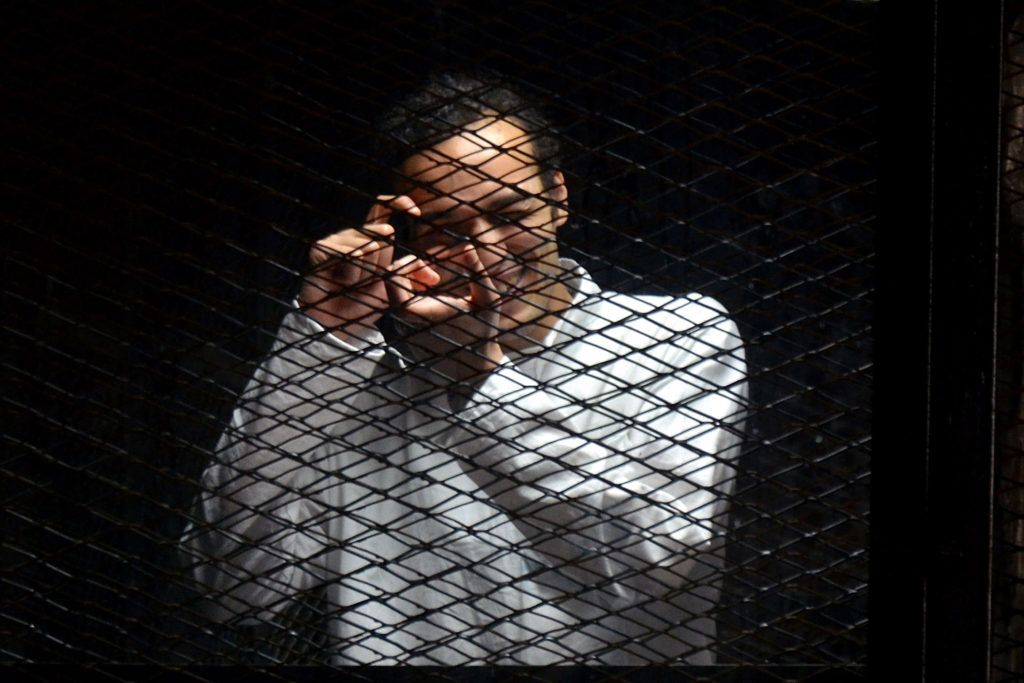 Detained photojournalist Mahmoud Abu Zeid (Shawkan) was chosen as the recipient of the United Nations Educational, Scientific and Cultural Organization’s (UNESCO) 2018 press freedom prize on Monday, according to a UNESCO statement.

Shawkan, who has been held in illegal pretrial detention since 2013, was selected as laureate of the UNESCO/Guillermo Cano World Press Freedom Prize by an independent jury of international media professionals. Maria Ressa, the jury’s president, said in the statement, “The choice of Mahmoud Abu Zeid pays tribute to his courage, resistance and commitment to freedom of expression.”

The prize, which is worth US$25,000, will be awarded on May 2, during a UNESCO event in Ghana to mark World Press Freedom Day under the banner of “Media, Justice and The Rule of Law.”

According to UNESCO’s website, “the annual UNESCO/Guillermo Cano World Press Freedom Prize honors a person, organization or institution that has made an outstanding contribution to the defense and, or promotion of press freedom anywhere in the world, and especially when this has been achieved in the face of danger.”

The prize is named in honor of Colombian journalist Guillermo Cano Isaza who was assassinated in 1986.

Shawkan was arrested in August 2013, while covering the violent dispersal of the Rabea al-Adaweya sit-in by security forces, during which over 1,000 people were killed. The case involves 739 defendants who face charges including premeditated murder, illegal gathering and vandalism among others.

The announcement came one day after Egypt’s Foreign Ministry issued a statement condemning Shawkan’s reported nomination for the prize, claiming that considering the photojournalist for the award was “disrespectful to the rule of law and to the judicial procedures which have been taken against the defendant.”

However, lawer Karim Abdel Rady told Mada Masr previously that in treating Shawkan as already convicted in a case that the judiciary has yet to issue a ruling in, the  ministry’s objection contradicted Article 96 of the Constitution, which states that “the accused is innocent until proven guilty.”

On April 11, Reporters Without Borders RSF launched an online campaign in solidarity with Shawkan. The start of the campaign coincided with the Cairo Criminal Court’s decision to postpone a session in the Rabea sit-in dispersal case, in which Shawkan is one of the 739 defendants, until April 14. The court has since postponed the session three more times and the next session is set for April 24, according to Abdel Rady.

In 2017, Egypt ranked 161 out of 180 states on Reporters Without Borders’ 2017 World Press Freedom Index. The organization’s report described Egypt as “one of the world’s biggest prisons for journalists.”