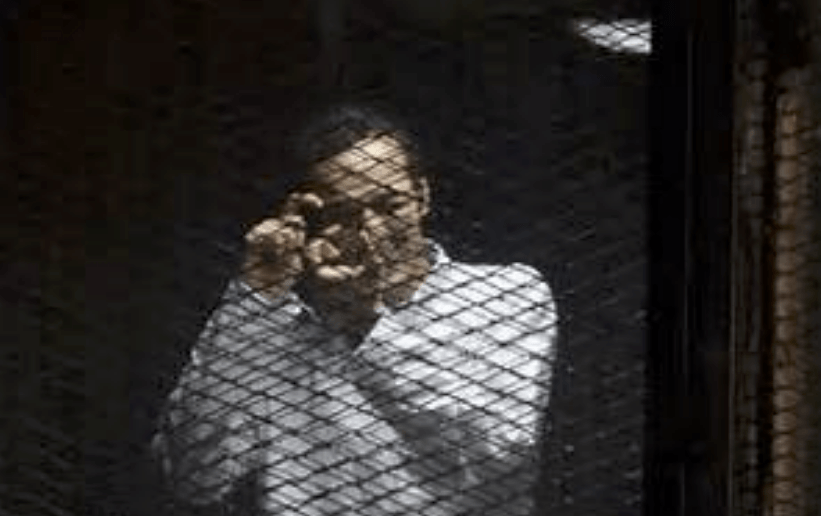 The United Nations Educational, Scientific and Cultural Organization (UNESCO) may nominate detained photojournalist Mahmoud Abu Zeid (Shawkan) for a press freedom prize, according to Egypt’s Foreign Ministry, which condemned the possible nomination in a Sunday statement.

Foreign Ministry spokesperson Ahmed Abu Zeid claimed that the impetus behind Shawkan’s alleged nomination came from non-governmental organizations influenced by Qatar, which supported the Muslim Brotherhood during its time in power in Egypt. In the statement, Abu Zeid criticized UNESCO for considering awarding the UNESCO/Guillermo Cano World Press Freedom Prize to someone facing criminal charges and asserted that the accusations against Shawkan are unrelated to his journalistic work or freedom of expression.

Shawkan has been held in illegal pretrial detention since he was arrested in August 2013, while covering the violent dispersal of the Rabea al-Adaweya sit-in by security forces, during which over 1,000 people were killed. The case involves 739 defendants who face charges including premeditated murder, illegal gathering and vandalism among others.

The ministry did not disclose how it learned that the photojournalist may be nominated for the prize, which is awarded annually on World Press Freedom Day on May 3 and for which no official nominees have yet been announced. However, in its Sunday statement, the ministry said that its UNESCO delegate in Paris will submit a file to the organization’s secretary outlining the nature of the charges leveled against Shawkan.

According to the ministry’s statement, awarding a press freedom prize to someone who faces criminal charges that it alleges are not political in nature or related to journalistic work, is “disrespectful to the rule of law and to the judicial procedures which have been taken against the defendant.”

The Foreign Ministry spokesperson was unavailable for comment at time of publishing.

Criticizing Shawkan’s alleged nomination on these grounds violates Article 96 of the Constitution, which states that “the accused is innocent until proven guilty,” according to lawyer Karim Abdel Rady.

The lawyer argued that, by treating Shawkan as already convicted in a case that the judiciary has yet to issue a ruling in, the ministry has “disregarded this fundamental constitutional principle.” Abdel Rady added that the Sunday statement reflects that the Foreign Ministry has “decided to abandon its regular duties of preserving the interests of Egyptians abroad, instead attacking an Egyptian citizen’s right to receive an international prize for doing his job as a photojournalist.”

On Sunday, the Arabic Network for Human Rights Information condemned the Foreign Affairs Ministry’s “deplorable” statement, “which deprive[s] Shawkan of his constitutional right to presumption of innocence.”

According to the UNESCO website, “the annual UNESCO/Guillermo Cano World Press Freedom Prize honors a person, organization or institution that has made an outstanding contribution to the defense and, or promotion of press freedom anywhere in the world, and especially when this has been achieved in the face of danger.”

On April 11, Reporters Without Borders RSF launched an online campaign in solidarity with Shawkan. The start of the campaign coincided with the Cairo Criminal Court’s decision to postpone a session in the Rabea sit-in dispersal case, in which Shawkan is one of the 739 defendants, until April 14. The court has since postponed the session three more times and the next session is set for April 24, according to Abdel Rady.

In 2017, Egypt ranked 161 out of 180 states on Reporters Without Borders’ 2017 World Press Freedom Index. The organization’s report described Egypt as “one of the world’s biggest prisons for journalists.”

AD
You Might Have Missed
If they steal Sheikh Jarrah
Carbon Colonies & A Green New Deal
Mugamma revisited: Reimagining the building and the square
Where do old lesbians go to die?
AD

Topics
Related
Shawkan
RSF launches campaign for Shawkan amid spate of journalist arrests
A number of journalists have been arrested, detained and disappeared in recent weeks
Egypt-Qatar relations
Egypt and Qatar in diplomatic tiff over Gulf support for UNESCO candidates
Asmahan Soliman | UNESCO vote brings Egypt and Qatar's diplomatic tensions to the fore
prison letters
Shawkan: How can Egypt lead UNESCO?
Shawkan | From prison, Shawkan criticizes the nomination of Moushira Khattab for director of UNESCO
Shawkan
Shawkan’s place: Between memory and hope
Leena ElDeeb | Shawkan's family, surrounded by photographs of him, are still clinging to hope