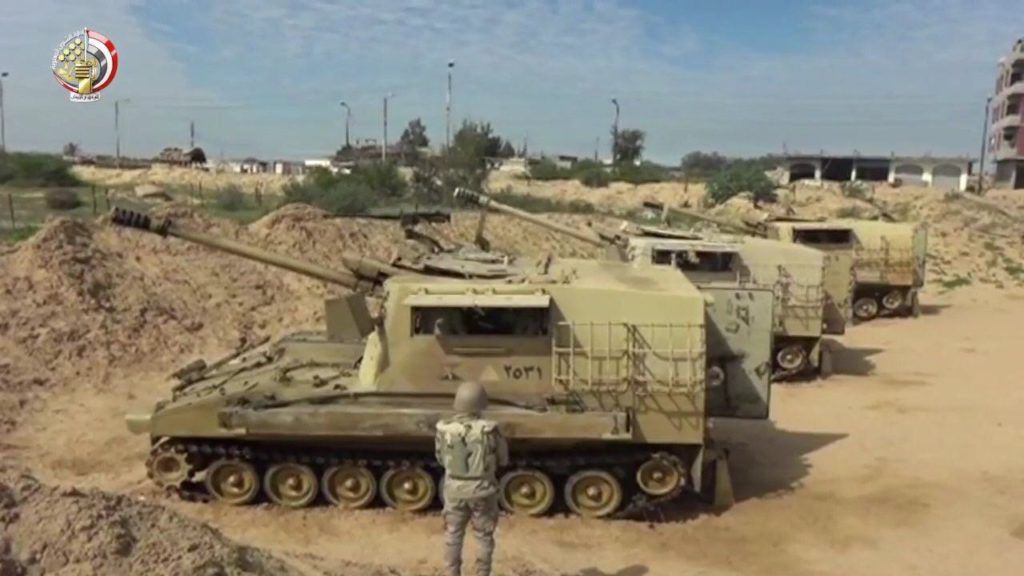 Nasser Abu Zaqoul, the emir of the Islamic State-affiliate Province of Sinai, was killed in a shootout with military personnel in central Sinai on Wednesday, according to a statement by Armed Forces spokesperson Tamer al-Rifai.

Following a sweep of a mountainous area in central Sinai, Abu Zaqoul was killed by Armed Forces personnel, according to Rifai’s statement, which also said that the emir was in possession of “an automatic weapon, two explosives, a large quantity of ammunition, six automatic rifle safes and a wireless communication device.”

Abu Zaqoul was last mentioned in the media in May 2006. At the time, the Interior Ministry said that it had killed Nasser al-Malahy, the leader of Tawheed wal-Jihad organization. The leader’s death followed the discovery of his hideout with a shepherd, who was identified as Abu Zaqoul.

Abu Zaqoul was then included in a case commonly referred to as the Tawheed wal-Jihad case and was sentenced to 10 years in prison in December 2006.

The emir of the Province of Sinai was also mentioned in a 2017 book titled Sinai… Land of the Holy and the Sacred by security expert Khaled Okasha. In the book, Okasha, who is a member of the state-affiliated National Council for Counter Terrorism and Extremism, describes Abu Zaqoul as one of the Province of Sinai’s “most important members.”

Tawheed wal-Jihad has claimed responsibility for several militant operations in Sinai, notably the 2004 Taba bombings, in which more than 50 people were killed, mostly tourists, and 159 others were injured.

On Sunday, the Province of Sinai claimed responsibility for an April 14 attack on an Armed Forces encampment in central Sinai. The Armed Forces spokesperson then announced that eight military personnel were killed and 15 others were injured in the process of “thwarting a major terrorist operation.”