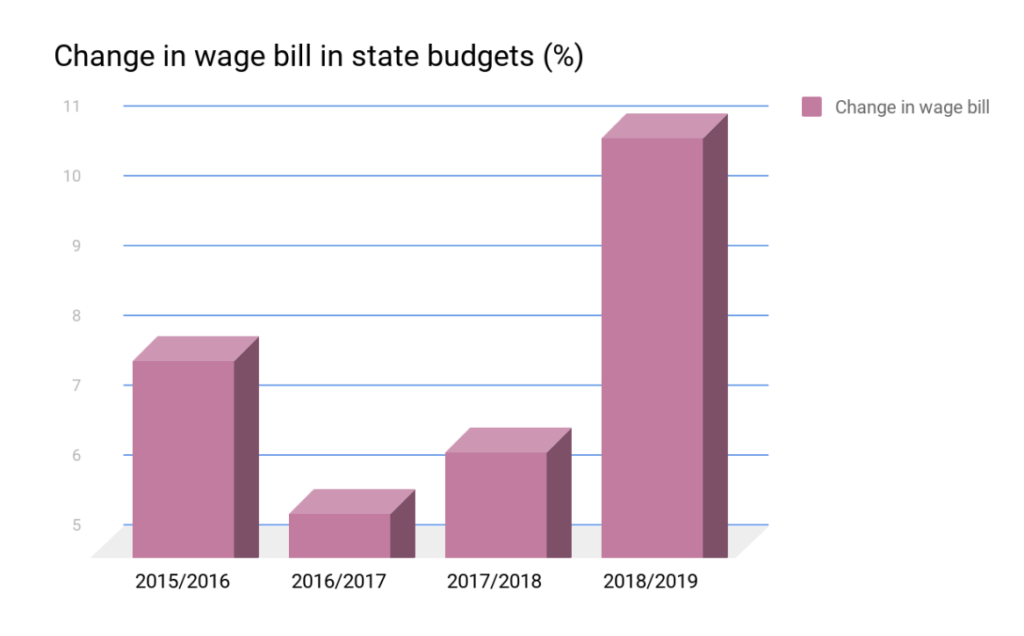 Public sector employees in Egypt are in line for the largest wage increase they have received in the last four years. However, as these raises fall far below high inflation figures, nearly 5.6 million public sector workers will see a drop in their real incomes and consequently a decrease in their living standards.

The total wage allocation in the upcoming state budget, which is to go into effect in July 2018, is LE266.09 billion, according to a copy of the state budget bill that Mada Masr has viewed. This figure is a nominal increase of almost 11 percent from the allocation to public sector wages in the current fiscal year.

The inflation rate for the period between July 2017 until the end of March of this year was around 25 percent, with price increases expected to continue in the coming months.

Raising wages by a smaller proportion than the rise in general price levels for goods and services means that public sector employees will now face one of two choices: either to tighten their spending or to find another source of income.

Passed in July 2016, the civil service law granted public sector employees an annual raise of at least 7 percent. However, while the bill was still under discussion, unions, parliamentarians and economists took issue with this annual raise, arguing that it did not reflect inflation rates and would therefore lead to a drop in the standard of living for families reliant on public sector employment.

There are currently around 5.6 million government employees, which reflects a drop of one million employees in the period between 2015 and 2017, according to an anonymous source at the Planning Ministry, cited by the privately owned Youm7 in September 2017.

Despite the growth of the private sector in recent decades, the government remains the largest employer in the formal sector.

The reduction in the value of real wages also coincides with the government’s efforts to rein in its budget deficit by cutting subsidies and increasing consumption taxes.

The government is also committed to decreasing its public sector wage bill as one of the conditions it must meet to secure the continued dispersal of a US$12 billion loan provided for in a 2016 International Monetary Fund agreement.