4 journalists suspended from work, fined over a false image of Sisi’s mother
By
Mada Masr 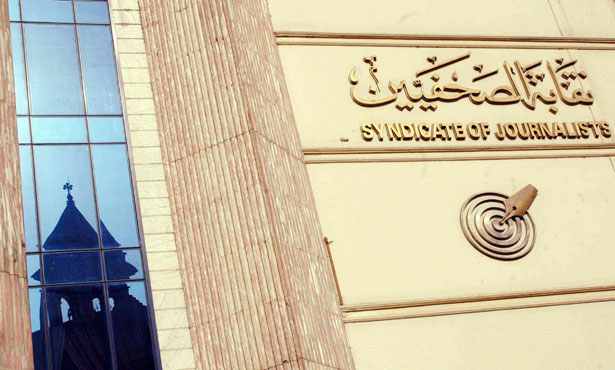 Three journalists filed appeals with the Journalists Syndicate and the National Press Authority (NPA) on Wednesday to contest suspensions and fines handed down to them following a publishing error regarding a picture of the president’s mother.

Radwan Adam, Ali Rezk, Mohamed al-Sayed and Mahmoud al-Sheikh were suspended from the state-owned Al-Helal magazine for 15 days and issued fines ranging between LE4,500 and LE12,000 to cover 10 percent of the cost of withdrawing the issue, according to Adam.

Adam, Rezk and Sayed, who are copyeditors and editorial manager respectively, submitted a memorandum to the syndicate and NPA challenging the punitive measures handed down to them from the publication. However, Sheikh, a former layout consultant at the publication, did not sign onto the appeal.

Al-Helal took action against the four journalists following an editorial spread on “President’s Mothers,” in which a woman in a photo was incorrectly identified as President Abdel Fattah al-Sisi’s mother.

On March 2, one day following the issuance of the publication, the issue of Al-Helal was withdrawn from the market as the result of an error. 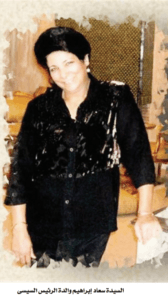 After the issue was pulled from circulation, Al-Helal Editor in Chief Khaled Nageh filed an internal complaint against the four journalists. On March 6, they were referred to the magazine’s legal affairs department for investigation, over accusations that they were responsible for the incorrect attribution.

In addition to suspending the four journalists for 15 days, Al-Helal’s legal affairs department issued a fine equivalent to 10 percent of the total losses incurred by the magazine as a result of withdrawing the publication from circulation, with the more senior level staff paying a higher proportion of the fine.  These decisions were based upon the NPA’s recommendation, according to what the chairman of Al-Helal’s board of directors told Sayed.

Neither the media regulation law, nor its executive regulations contain articles grant the NPA to issue decisions or recommendations for punitive measures against journalists, Hassan al-Azhary, a lawyer at the Association for the Freedom of Thought and Expression, told Mada Masr.

Article 30 of the media regulation law lays out the NPA’s specific functions, without mentioning mechanisms to enforce any kind of disciplinary action against journalists working for state-owned press institutions, Azhary said. According to the article, the NPA chairman may not request new powers for the press authority beyond those explicitly stated in the law.

The law invests the NPA with the authority to oversee the formulation of general financial policies for state-owned press institutions, in addition to managing the appointments and oversight of the leaders of these institutions.

Egypt’s Supreme Media Regulatory Council ordered earlier in April that the chief editor and one of the privately owned Al-Masry Al-Youm’s reporters be summoned for questioning, and fined the newspaper LE150,000 for a story on the 2018 presidential elections, which described efforts by Egyptian authorities to mobilize voters to raise turnout figures. The newspaper altered its headline in a subsequent edition and issued an official apology for publishing the piece, explaining that it meant to assert that the state had “positively mobilized” voters. In an April 6 decision, Al-Masry Al-Youm’s chief editor was removed from his post.

*Correction: An earlier version of this article misquoted Radwan Adam and it has since been edited.