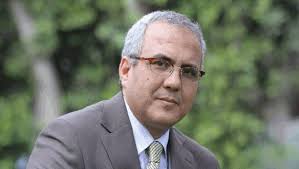 Sabry is facing charges of “publishing an online newspaper on a regular basis,” which violates Egyptian law organizing the issuing of newspapers, according to lawyer Fatma Serag.

Security forces raided the headquarters of Masr al-Arabia on Tuesday and arrested Sabry. They also confiscated computers, stating that the licensing of their operating systems needed to be checked.

According to Serag, the prosecution’s initial investigations found that the website was using unlicensed software, which violates intellectual property right laws. However, when they conducted the raid, security forces reportedly found that the software was licensed.

On Sunday, the Supreme Media Regulatory Council fined Masr al-Arabia LE50,000 after a complaint from the head of the National Elections Commission on a published translation from the New York Times, saying that authorities bribed citizens to cast their ballots in the presidential election in order to raise turnout.