Sisi wins presidential election with over 97% of vote 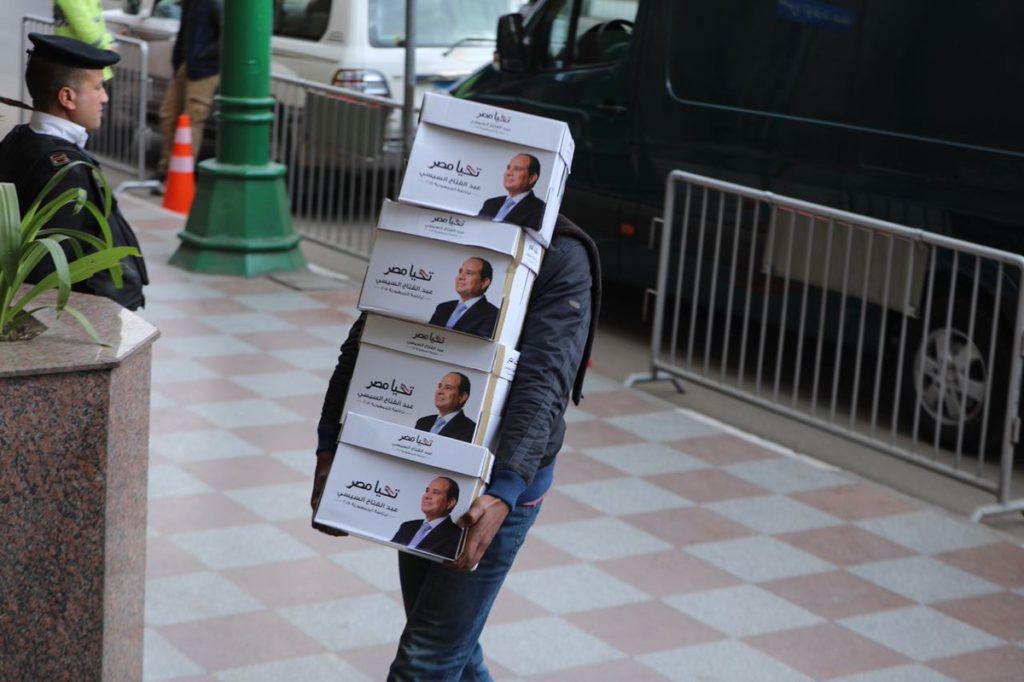 President Abdel Fattah al-Sisi was elected for a second term in office after garnering over 97.08 percent of the vote, the National Elections Authority (NEA) announced on Monday.

The authority reported the results of Egypt’s 2018 presidential election, which were widely considered to be predetermined, at a press conference at the State Information Service premises.

Head of the NEA Lasheen Ibrahim stated that a total of 24.25 million votes were cast, seven percent, or 1.76 million, of which were invalid. Approximately 59.78 million people were eligible to vote in the election.

Egyptians voted in 13,706 polling stations under the supervision of over 18,000 judges, who were assisted by 124,000 civil servants. According to Ibrahim, of the ballots cast,  57,000 were submitted by Egyptians abroad.

Polls were open for Egyptians abroad from March 15 to 17, while domestic voting began on March 26 and lasted for three days. On Wednesday, the final day of the election, voting was extended for an extra hour to end at 10 pm, instead of 9 pm. In its Monday press conference, the NEA said that the election saw a high turnout due to the extending voting period.

To apply for candidacy in the presidential election, a candidate must collect endorsements from at least 20 members of Parliament or from 25,000 eligible voters from across 15 different governorates — 1,000 endorsements from each.