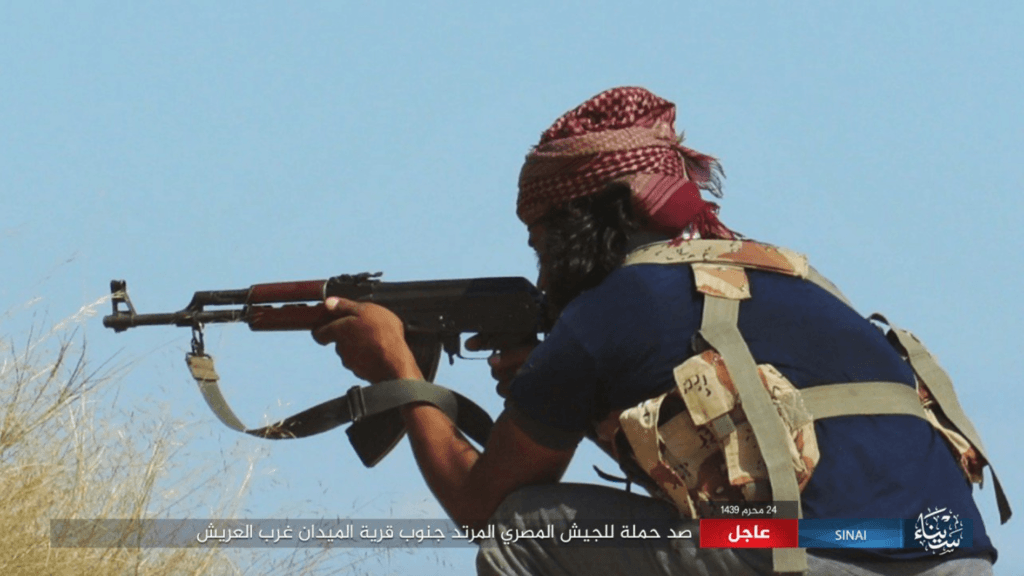 The Islamic State-affiliated Province of Sinai has been added to Egypt’s terrorist entities list, alongside 319 people facing terrorism-related charges, the Official Gazette announced on Wednesday.

In addition to adding the names to the  list for a three-year period, the Cairo Criminal Court’s February 28 decision removed 14 others. The gazette reported that nine of those of those have died and five were found not to have been involved in “aggressive acts.”

The decision was based off Case 79/2017, in which the 319 people added to the terrorist entities list are accused of taking part in a number of militant attacks, surveilling police personnel, killing police and military personnel and kidnapping and killing civilians, including Coptic Christians who were targeted for their religious identity.

Among those listed were Omar Ibrahim al-Deeb and Ahmed al-Nashw, also known as Ghandar al-Masry, who were reported to have been involved in recent militant attacks.

According to the most recent issue of the Islamic State’s weekly publication, Al-Nabaa, Deeb is a former Muslim Brotherhood member who left the banned organization to join Province of Sinai. The Interior Ministry claimed responsibility for the killing of Deeb during a Cairo raid in September.

The same month the ministry claimed that Nashw, an alleged Province of Sinai recruiter, had been killed in an exchange of fire between militants and security forces in the North Sinai capital of Arish.

Also implicated in the case, which is ongoing, is prominent former Salafi politician and ex-Jihadi Tarek al-Zomor, the founder of the Construction and Development Party, who was accused of sending funds to Province of Sinai from abroad.

The court lists the primary defendant as Ali al-Darz, who it claims promotes the militant group’s ideology. According to the February decision, this is based on the concept of “disobedience to rulers on the grounds of them not implementing Islamic law.” It also claimed that Darz called members of the military, the police, the judiciary and Christians infidels and sanctioning their bloodshed.

Darz is accused of carrying out a series of attacks on military, police and judicial personnel and facilities with the aim of overthrowing the state.

According to the Cairo Criminal Court’s February decision, Province of Sinai is accused of founding cells with the intention of pursuing this aim, forming four principal groups for surveillance, logistical support, suicide attacks and implementation. The ruling also claimed that the group routinely brings women to Sinai to carry out what the court referred to as “sexual jihad,” in an attempt to recruit young men.

Province of Sinai also employed the language of Islam in its flyers and online posts in an attempt to attract recruits, according to the court, and sent sent new members to the Sinai Peninsula and Syria for training in guerrilla warfare, the use of firearms and explosive devices.