Government legalizes status of 53 out of 3,730 church buildings amid fears of further closures
By
Mada Masr 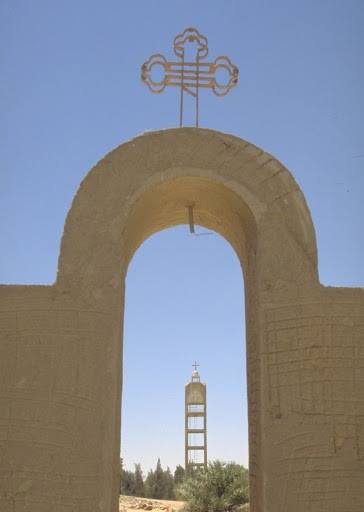 Egypt’s Cabinet approved recommendations made by a review committee to confirm the legal status of 53 churches and associated service buildings out of 3,730 requests submitted, the privately owned Al-Shorouk newspaper reported on Wednesday.

This is the first group of churches to be legalized since the committee stopped receiving requests last September.

“The committee will need 30 years to look into all of the requests it received,” said Ishaq Ibrahim, researcher on religious freedoms at the Egyptian Initiative for Personal Rights (EIPR), adding that the committee has been “slow.”

Ibrahim said none of the churches he has been in contact with since the committee made its decision on Wednesday were notified as to which buildings were legalized. He raised concerns that already existing church buildings may be closed, despite this being a breach of legislation on church building.

According to Egyptian law, “In all cases, it is not permitted to ban or prevent the practice of religious rituals and activities in any of the buildings referred to and any of their attached buildings for any reason.”

This has not historically been the case, however, as churches have been closed in the past due to their lack of permits, despite being on the list for status review. This included two churches in Kafr al-Wasleen and Qababat village in Atfih district in Giza, and a Church in Qarea al-Baydaa in Amria district in Alexandria.

Minya and Abu Qurqas Diocese released a statement regarding the closure of four churches in October 2017, which coincided with the closure of another church in Sohag that was on the list of churches awaiting legal settlement.

EIPR released a report in November 2017, criticising the formation of the review committee, claiming an over representation of security-minded individuals, in addition to secretive objectives and meetings, and the absence of any timeframe for legalising the status of churches.

Topics
Related
attacks on churches
Conflicting reports emerge regarding church closures in Minya
The Minya Governorate and Minya Diocese are at odds after several unlicensed churches were shuttered
Copt-Muslim relations
Security forces prevent Copts from holding feast day prayers in Minya
Egyptian security forces prevented hundreds of Coptic Christians from holding prayers to mark the Queenship
Copt-Muslim relations
Police prevent Sunday Mass in Minya Church citing ‘security concerns’
Police personnel prevented a group of Coptic citizens from celebrating Mass in a Minya village on Sunday,
sectarian violence
Christians and churches in Egypt: Aggression from all sides
Mostafa Mohie | We track the 4 sources of sectarian aggression against churches and Christians over the past 5 decades