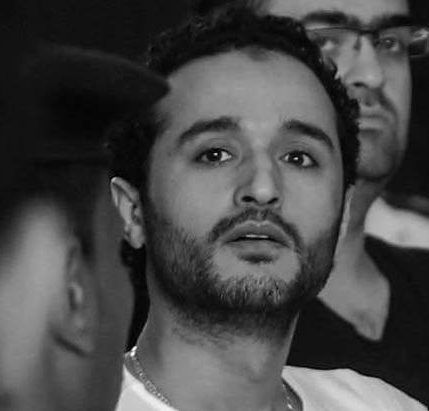 The Maadi Misdemeanor Court reduced activist Ahmed Douma’s sentence for insulting the judiciary to a LE10,000 fine on Saturday, after the Cairo Criminal Court had originally issued him a three-year prison sentence, as well as the fine, in December 2014.

In May of last year, the Court of Cassation accepted Douma’s appeal of his 2014 verdict, which he was issued for insulting the judiciary during court proceedings for the case commonly known as the Cabinet clashes case.

Over the past five years, Douma has been in prison for various charges in separate cases.

After the Court of Cassation repealed Douma’s life sentence in October 2017, his lawyers expected his imminent release. Douma’s lawyers argued that, with the appeal of his life sentence accepted, the activist had served all of his previous prison sentences and was thus due for release.

However, the prosecution stated that Douma had yet to complete his three-year sentence for violating the protest law, which he was issued in December of 2013, and therefore could not yet be released from prison.

Lawyer Ahmed Ragheb clarified in previous statements to Mada Masr that the reason behind Douma’s continued imprisonment was that, by October 2017, the activist had only served 14 months out of his three-year sentence for violating the protest law, during the period between December 3, 2013 – February 4, 2015. In February 2015, Douma was sentenced to life, which automatically suspended his prior three-year sentence while he completed the life sentence first. As such, despite the October 2017 revocation of Douma’s life sentence, he still has to finish the 18 months remaining out of his three-year sentence.

The Maadi Misdemeanors Court ordered Douma and fellow activists Mohamed Adel and Ahmed Maher to six months in absentia in January 2016 for assaulting an officer while being transported to the court. This sentence was later reduced to one month.