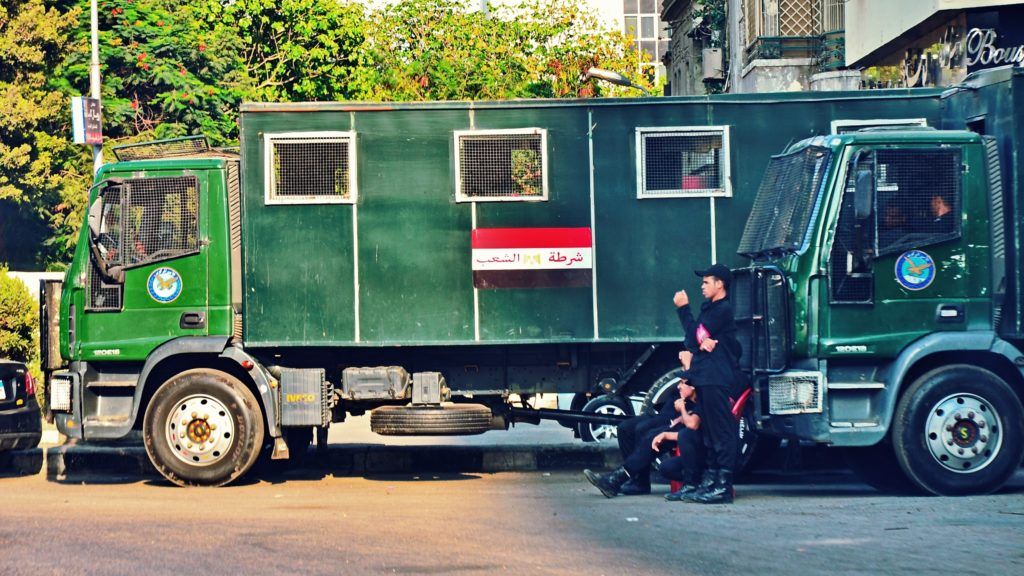 On Thursday, Egypt’s Court of Cassation upheld a five-year sentence against Omar Farouk, the former deputy head of the Heliopolis Police Station, for the manslaughter of 37 prisoners killed while being transported in a police truck in 2013.

The ruling, which upheld a 2015 misdemeanor court sentence, is final.

The incident dates back to August 18, 2013 — four days after the violent dispersal of Rabea al-Adaweya protest camp in Cairo that saw the ouster of former Islamist President Mohamed Morsi and the death of hundreds of protesters — when 45 prisoners, mostly supporters of the now-outlawed Muslim Brotherhood, were transported from Masr al-Gedida Police Station to Abu Zaabal Prison, north east of Cairo. Only eight survived prisoners survived.

The official police account at the time claimed that defendants kidnapped one of the officers guarding the van, prompting officers to fire tear gas inside the vehicle. Survivors, however, maintain that detainees were trapped in the van for hours in the extreme August heat, and that most of them had died before the tear gas was even fired.

The four officers involved in the case were prosecuted for manslaughter.  The prosecution heard the testimonies of seven of the survivors, in addition to 40 others from the police force, forensics teams, and a justice ministry expert who compiled a report arguing that the truck was designed to carry a maximum of 24 people, making it unfit to carry the 45 inside it at the time of the incident.

In March 2014, one officer was sentenced to ten years in prison, while the other three received one-year suspended sentences. Following an appeal in which all of the sentences were vacated in June 2014, a misdemeanor court reduced the prison sentence against Farouk, the main defendant, from 10 to five years in August 2015, which he appealed, and reinstated the one-year suspended sentences for the other three defendants.