By
AUC faculty and alum (listed below)

On January 3, 2018, retired American University in Cairo (AUC) Professor of Sociology Saad Eddin Ibrahim chose to speak at a conference at the Moshe Dayan Center at Tel Aviv University, named after Israel’s defense minister during the 1967 War. Whatever calculations or motivations lay behind this decision, Ibrahim’s move entails professional, moral and political transgressions.

Professor Ibrahim’s presence at the Israeli forum violates the long-held position against normalization with Israel adopted by several Egyptian universities and professional syndicates in the aftermath of the Camp David Accords in 1979. AUC faculty members endorsed this position from the beginning, and it was reiterated by the university’s Senate Resolution 458, which was passed on May 28, 2008, “in support of Palestinian Academics.” This date also marked the 50th anniversary of the Arab Nakba of 1948, when hundreds of thousands of Palestinians were displaced as a consequence of the establishment of the state of Israel.

Ibrahim is a veteran political figure and is well aware that the international movement of Boycott, Divestment, and Sanctions (BDS) against the state of Israel has amassed great support on university campuses and in arts and cultural fields around the world. The main aim of BDS is to pressure Israel to relent on its suppression of Palestinians and the theft of their land. While BDS recently persuaded New Zealand singer Lorde to cancel a performance she was scheduled to give in Tel Aviv, Ibrahim elected to participate in an academic conference in this same city. He must understand that Israel will use his visit as a propaganda tool in its virulent campaign to discredit and break BDS. All the more so, since Ibrahim himself reportedly criticized the BDS movement during his talk.

In addition to being a former professor at AUC, Ibrahim is the head of Cairo’s Ibn Khaldun Center for Development Studies, which focuses on democratization and civil society. As such, he must be well acquainted with the deep anti-Arab racism, which is a hallmark of the Israeli state and academia in both theory and practice, and has intensified in recent years. This ought to make someone in his position a natural and passionate opponent of normalization with a state and society that denies the indigenous Palestinian population their rights. His actions dishonor the memory of Ibn Khaldun, and all those who struggle for justice and political freedoms in Egypt, and could not have come at a worse moment. In recent weeks, United States President Donald Trump blatantly disregarded global consensus, international law and the sensitivities of Arab Christians and Muslims when he recognized Jerusalem as the capital of Israel. Shortly afterward, the Likud, Benjamin Netanyahu’s political party, voted to extend Israel’s sovereignty over Jewish settlements on stolen Palestinian land in the rest of the West Bank, while Israel’s parliament passed a bill that would render any change to its claim on Jerusalem through negotiations virtually impossible.

Professor Ibrahim delivered his lecture at a time when protests were being held against Trump’s provocations in the West Bank and Gaza, and in numerous other places around the world, including AUC. It was only appropriate that a number of Palestinian students, who hold Israeli citizenship, interrupted his presentation at Tel Aviv University, reminding him and all of us that his actions were deplorable and a betrayal of the Palestinian and Egyptian people.

Open Letter to my Academic Colleagues and Friends, from Professor Saad Eddin Ibrahim

Mada Masr publishes this response to the statement above from retired AUC Professor Saad Eddin Ibrahim at his request. 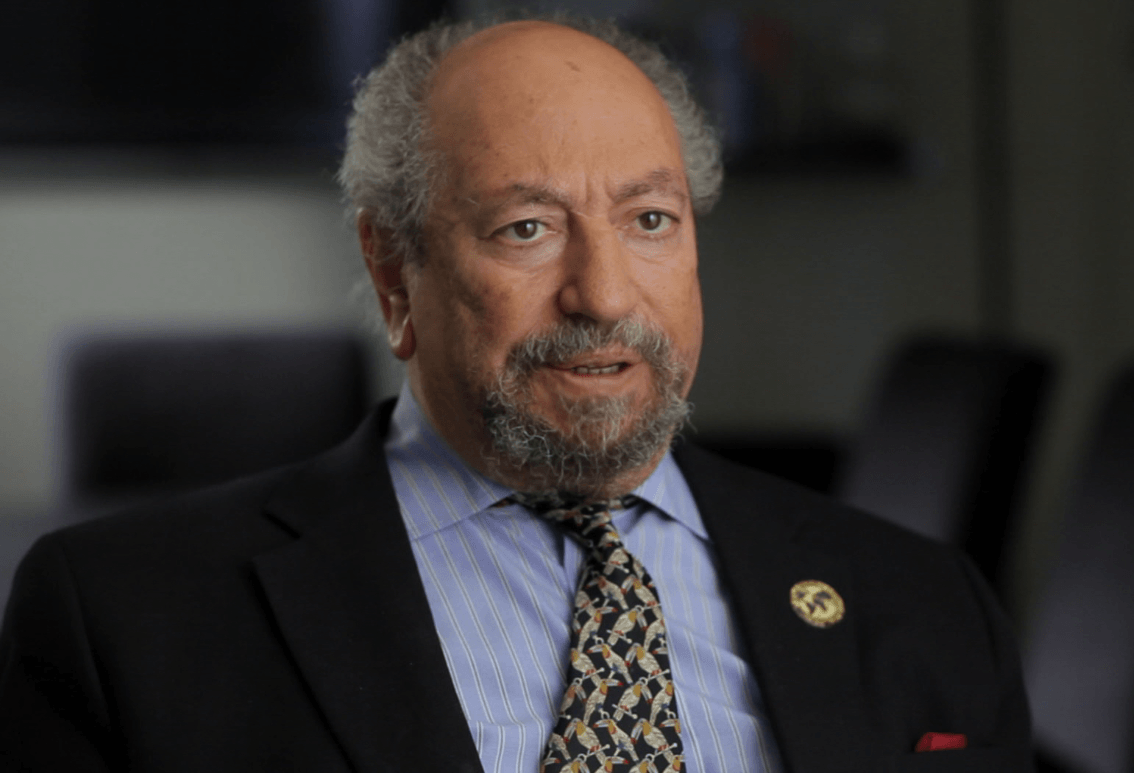 I write today out of respect and what I have always assumed is our common commitment to protect academic freedom in Egypt. You have objected in a written petition to my recent visit to Tel Aviv University. I want to mention here three reasons why I believe it is time to revisit our stance against engagement with Israeli academics. First, some background to the visit.

For decades, and up until 1980, I was among those who were ideologically — and viscerally — opposed to visiting Israel or “normalizing” academic relations. Then, after the Sadat initiative and peace agreement, I joined a small group of Egyptian intellectuals exploring options for ending Israeli occupation and forming a Palestinian state. We met with Israeli academics who shared our opposition to continued occupation, mainly outside the Middle East and when academic delegations visited Egypt. Even though the early hopes for change in Israeli policy were naive, I found that engaging with academics gave me a more complex understanding of Israeli society; it enabled a clearer distinction between those who support Arab aims and those who do not.

During this period I made several personal friendships, including one with a respected historian at Tel Aviv University. He believes that Egypt is a pivotal country politically and culturally (even when I have despaired that my country is abdicating that role.) So last fall, when he invited me to attend an international conference that would kick off a year of considering the importance of Egypt’s 1919 revolution, I was impressed. No one I knew of in Egypt was making similar plans. I did not hesitate to say yes. I spent the fall months reading everything I could find about the events around 1919 and preparing my address. After Trump’s provocative declaration about moving the US Embassy to Jerusalem, perhaps I should have considered that it would raise the negative valence of my visit. But frankly, the connection between a terrible policy decision in Washington and my participation in a history conference did not occur to me. I would not have backed out anyway; it was a commitment to a friend.

So the first point I’d like to make is that it seems to me one can support the aims of BDS, and agree that an economic boycott and divestiture from Israel is appropriate, as I do, but still maintain personal connections with likeminded Israelis. This does not strike me as contradictory. Imagine how much weaker the South African anti-apartheid movement would have been without the active participation of white journalists, lawyers, and constitutional jurists.

The second point I hope you would consider is that the principles of academic freedom require us as a community to refrain from imposing one rigid viewpoint on fellow academics. Pressures for group-think in the academy are dangerous, because knowledge advances only when outlier views are submitted to rigorous consideration and empirical testing.

And that leads me to my final point. I challenge anyone who rails against “normalization” with Israeli academics to point to one positive outcome for Palestinians from nearly 40 years of Egyptian refusal to engage. Perhaps that is long enough. Perhaps it is time to allow some of us to examine seriously what may be gained from taking a different path.

AD
You Might Have Missed
Where do old lesbians go to die?
Mugamma revisited: Reimagining the building and the square
Carbon Colonies & A Green New Deal
What we talk about when we talk about trees
AD
AUC faculty and alum (listed below)
1 article on Mada

Topics
Related
Jerusalem
The battlefields of Jerusalem
Omar Robert Hamilton | At the centre of the new, old world, is Jerusalem
Israel-Palestine
Against normalizing the abnormal: BDS and the struggle for Palestinian rights
Franco Galdini | World leaders are still fusing anti-Semitism & anti-Zionism to discredit pro-Palestinian activism
Palestine op-eds
On apartheid, a future Palestinian state and Egypt’s ‘dear Sinai’
Mohamed Seif El Nasr | On the speculative idea of annexing Sinai for a future Palestinian state
attack on Gaza
Campaign to boycott Israel kicks off with Mobinil
Egypt’s newly established initiative to boycott Israel kickstarted its activities with a campaign demanding