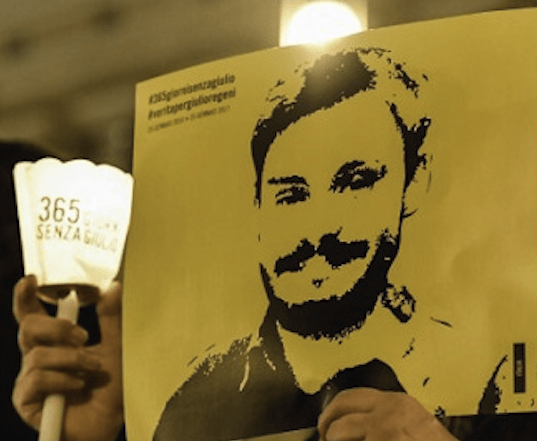 The University of Cambridge has come to the defense of faculty member Maha Abdelrahman following accusations she was involved in the death of her PhD student Giulio Regeni.

In a letter to the university’s academic community issued on Tuesday, Cambridge Vice Chancellor Stephen Topp asserted that the institution rejects any accusations that the associate professor was responsible for putting the Italian student in danger, writing that “speculation about Dr Abdelrahman’s involvement in the case has been inaccurate, damaging and potentially dangerous.” Regeni was in Cairo conducting field research when he disappeared on January 24, 2016. His body was later found on a highway between Alexandria and Cairo.

The letter follows reports that Italian investigators, in cooperation with United Kingdom authorities, had seized Abdelrahman’s mobile phone and laptop on January 10.

A war of words broke out last year after Italian media and authorities claimed that the University of Cambridge and Abdelrahman, an associate professor of sociology, were responsible for putting Regeni in danger and had been uncooperative with official investigations into his death.

Italian newspaper La Repubblica leveled accusations against Abdelrahman in an article published on November 2, claiming she refused to work with Italian investigators and misrepresented the facts. The outlet added that the associate professor had pressured Regeni to study Egyptian labor unions, even after he expressed concerns for his safety.

Three hundred and forty-four academics from different institutions signed a letter in support of Abdelrahman, which was published in The Guardian in December. The signatories called the accusations “malicious and unfounded,” saying they reflect an ignorance of the workings of the relationship between PhD students and their supervisors. The letter claimed that Regeni had expressed an interest in trade unions prior to approaching Abdelrahman for supervision, and that there had been no indication his research would pose a threat to his life.

Several months prior, Italian Deputy Minister of International Relations Maro Giro rebuked the University of Cambridge for allegedly not cooperating with Italian investigators’ demands, asserting that it valued the privacy of the institution over human life. His comments, made in June, followed a period of escalating tensions between the academic institution and Italian authorities.

Regeni’s murder precipitated a diplomatic crisis between Egypt and Italy, particularly as evidence emerged implicating Egyptian security apparatus in the abduction and torture of the italian student.

Topics
Related
Egypt-Italy relations
The thread between Giulio Regeni and Italy’s migration deal
Mattia Toaldo | Italy gave up the search for truth about a murder to reduce the influx of migrants
Egypt-Italy relations
After Regeni, ambassadors to return and state leaders to meet
Asmahan Soliman | September is a honeymoon period for Egypt and Italy as ambassadors return, and leaders expected to meet
Giulio Regeni
Media spotlight: Giulio Regeni as seen by Egypt’s media pundits
Heba El-Sherif | There is a move towards presenting 'business as usual' concerning relations with Italy in Egyptian media
Giulio Regeni
Italy accuses 10 of killing Regeni, removes 16 officials from list of suspects
Asmahan Soliman | Italian investigators may shortly request opening of investigations into 10 suspects