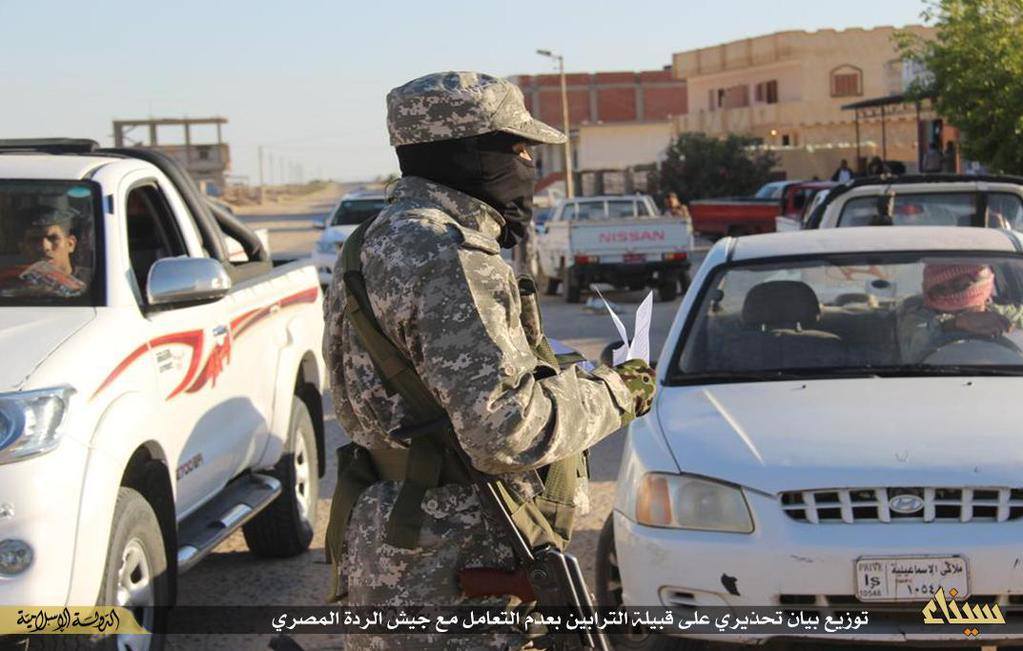 Security forces began prohibiting the passage of cars with North Sinai license plates into the Ahmed Hamdy Tunnel, which links Suez to North Sinai, on Monday, as locals report the arrival of new military vehicles and equipment into major North Sinai cities.

Speaking with Mada Masr, locals reported the arrival of new military equipment last week to Hassana, a major central Sinai city in the North Sinai Governorate. This equipment included new Hummer Jeeps, military tanks and soldier carriers. News circulated between residents that security forces were preparing for a military operation of “unprecedented” scale since the proliferation of military activity in the area in 2013.

Asharq Al-Awsat, a London-based newspaper, cited security sources who confirmed that new military equipment had arrived over the last 10 days in the cities of Arish, Sheikh Zuwayed and Rafah. The source added that security forces have expanded their “circle of suspicion” in these three cities, which implies a further crackdown on citizens who have already endured detentions and extrajudicial killings from both sides of this ongoing battle during the last five years.

The official cited in Asharq Al-Awsat added that these new security measures are based on information acquired from tribal contacts collaborating with security, as well as Unmanned Aerial Vehicles (UAV) and night vision security cameras.

According to this official, elite officers specialized in tracking information and “dismantling terrorist cells” have also been deployed to North Sinai in order to ambush militants.

On Sunday, the spokesperson for the Armed Forces announced on his official Facebook page that the military is tightening the security measures implemented on ferries crossing the Suez Canal, as part of an effort to intercept the passage of equipment and logistical support to militants located in the Sinai peninsula.

Mada Masr spoke with several drivers in the area, who stated that security forces prohibited cars with North Sinai license plates from using the Ahmed Hamdy Tunnel. Security forces had already prohibited the passage of North Sinai-licensed trucks traveling in this direction since last Thursday.

The owner of a shipping company that transports clothes into Sinai told Mada Masr that security officials at the tunnel insisted on rerouting his vehicles, informing the drivers that there are instructions prohibiting the passage of North Sinai-licensed vehicles through the tunnel indefinitely.

The owner of the company explained that all shipping companies access Sinai through the Ahmed Hamdy Tunnel, which is equipped with a detector that allows a security search to take place without emptying the truck. However, entering Sinai via ferry, the only other entry point to the peninsula, would require drivers to empty their cargo so that a search can be conducted, which increases the time, effort and cost of the shipment. He notes that shipping companies will have to stop their activity in Sinai until these new rules are removed.

North Sinai member of Parliament Hossam al-Refai commented on these new security restrictions on his Facebook page stating, “There is very thorough, unprecedented and unjustified searching” taking place, and demanding the installation of new detectors to allow for faster security measures.

In a speech in late November, President Abdel Fattah al-Sisi instructed the defense minister and the interior minister to eradicate all militant presence in North Sinai within the next three months. The speech came following a militant attack on a Sufi-affiliated mosque in the village of Rawda in North Sinai, which killed over 300 people.

Topics
Related
North Sinai
Sinai roundup: MOI kills 8 militants in Arish, Province of Sinai executes 17-year-old alleged collaborator
A roundup of news from Sinai as the Egyptian military and armed groups front off against each other
Sinai
Military commander of Bir al-Abd, 4 others killed in Sinai
Mourad Higazy | Five people were killed in three separate attacks in Sinai on Thursday, a security source told Mada Masr,
Arish
Teacher killed, 2 injured in separate North Sinai attacks
One person was killed and two were injured in separate attacks in North Sinai on Sunday
militant attacks
‘I was waiting for my bullet’: Accounts of the Rawda mosque attack
Mourad Higazy | Survivors from Rawda village recount what they saw during the Friday attack