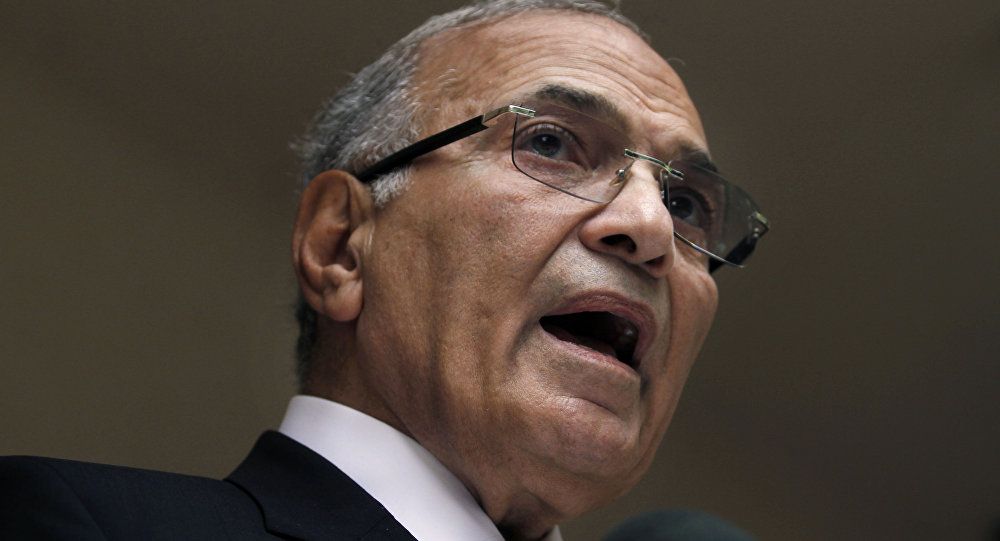 Mubarak-era Prime Minister Ahmed Shafiq announced on Sunday that he was backing out of running in Egypt’s upcoming presidential elections.

The former premier, who narrowly lost the 2012 elections to Islamist candidate Mohamed Morsi, tweeted a statement that his five-year stay in the United Arab Emirates had affected his ability to follow “closely what was happening in our nation, including developments and accomplishments despite the difficult circumstances caused by acts of violence and terrorism.”

The 76-year-old former Air Force commander said that “after following reality” he does not see himself as the ideal person to lead the country in the coming period.

Shafiq published a video announcing his intention to run for presidency on November 29. On December 4, his family reported that the UAE had arrested and deported him two days earlier and that they had not been able to contact him since.

He denied these reports in a media statement later the same day in a phone interview with TV program “Al-Ashera Masa’an” (10 pm), saying that he had arrived in Egypt on a private jet and was received at Cairo airport by prominent Egyptian officials. He said he was staying in a Cairo hotel until his house was made ready after his five-year absence.

In the interview, he temporarily rescinded his announcement to run for president, saying he was now mulling over the idea.

On December 17, Shafiq requested that Egyptian authorities clarify the reasons behind the arrests, on December 13, of three people associated with his previous presidential campaign.

Two other potential candidates for the 2018 presidential elections, to be held no earlier than February 8 and no later than May 8, have landed in court, which has affected their chances of running.

A military court sentenced Armed Forces Colonel Ahmed Konsowa to six years in prison in December after he announced his intention to run in the elections, while another candidate, human rights lawyer and political activist Khaled Ali, is currently facing trial for a “hand gesture” he allegedly made in public, which could bar him from nomination.

Shafiq moved to the UAE in the hours following his electoral defeat in June 2012, and was issued an arrest warrant in absentia on corruption charges in September that year. He was cleared of the charges, alongside Mubarak’s sons Alaa and Gamal, that December .

In the 2015 parliamentary elections his party, the Egyptian National Movement Party, featured his image prominently in their campaign.

In June last year, after Shafiq called on President Abdel Fattah al-Sisi to hold a referendum on the Tiran and Sanafir deal during a phone interview with TV presenter Wael al-Ibrashy, Ibrashy’s show was suspended for almost 70 days. In October, the editor of a privately owned newspaper told Mada Masr that the state was attempting to censor mentions of Shafiq in local press.