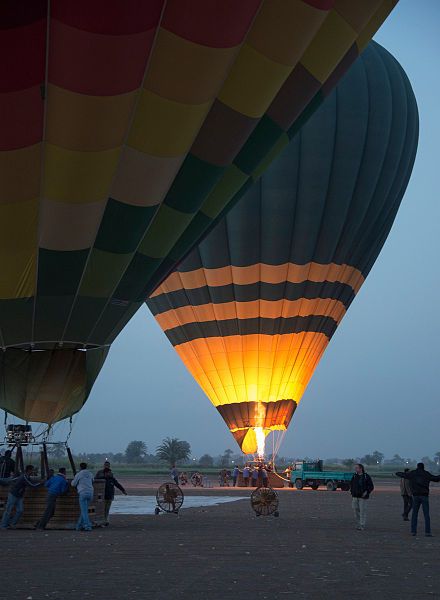 Several figures connected to Friday’s hot air balloon crash in Luxor, which left one person dead and 15 others injured, were ordered by the Luxor prosecution on Saturday to be taken into detention, including the pilot of the hot air balloon and the manager and two other employees at the travel agency that arranged the flight, according to the state-owned Al-Ahram Gate website.

The detention order came after 20 hours of investigation, during which the prosecution heard the testimony of officials from the travel agency, tourists and eyewitnesses. At the close of the investigation, the prosecution concluded that the flight had been conducted despite weather alerts that indicated unsuitable conditions.

The hot air balloon pilot, who was one of those injured in the crash, is currently receiving medical care at Luxor International Hospital.

Details of the crash

The balloon that crashed on Friday and was operated by the Sindbad Balloons company took off at sunrise and spent 45 minutes in the air at an altitude of 450 metres, according to Egyptian officials who were quoted in media outlets.

The hot air balloon then reportedly drifted into a mountainous area west of Luxor where it underwent a forced landing, according to privately-owned newspaper Youm7 citing sources at the air balloon docking area.

Egypt was hit by nationwide wind and sandstorms on Friday, but officials initially disregarded the weather conditions as the main cause of the crash after the accident. “It was not the weather but a forceful landing after the balloon deviated from its path that led to the injuries,” the Guardian quoted a health ministry official as saying.

Four hundred and fifty-two people took to Luxor’s skies on Friday on board 22 hot air balloons managed by seven companies. With the exception of the Sindbad Balloons flight, each of the trips landed safely, according to a statement released by the Civil Aviation Ministry, which added that the weather conditions conformed to flight standards.

However, officials cited in various Egyptian news outlets later said that several other hot air balloons had to conduct forced landings on Friday due to unfavorable winds. According to the cited officials, there were no additional injuries reported.

After Friday’s crash, EMA head Ahmed Abdel Aal said that the weather in Luxor was “good and very stable,” adding that there were no weather alerts in the area, according to the state-owned Akhbar al-Youm newspaper.

A family member of one of those on board the flight stated that the pilot was unconscious as the balloon drifted toward the mountainous area. However, this information has not been confirmed.

There were 20 tourists on board the hot air balloon that crashed on Friday, including South African, French, Australian, Brazilian, Argentinian and Egyptian nationals.

The tourist who was killed in the crash was a 34-year-old South African man, who, according to a document obtained by Youm7 and Al-Ahram Gate, has been identified as Darren Gene.

Sherif Wadee, an adviser to the health minister, told Akhbar al-Youm on Friday afternoon that two of the injured were in an unstable condition. However, hours later, Health Ministry spokesperson Khaled Megahed was cited in Youm7 as saying that those injured have stabilized and do not need surgery. Megahed was not immediately available to respond to Mada Masr’s request for comment.

Those injured in Friday’s crash include two South Africans, five Australians, four French, two Argentinians, one Brazilian and one Egyptian.

Friday’s crash is the third since 2013, when a hot air balloon caught fire while in flight, killing 19 tourists. At the time, the government temporarily suspended further flights. In 2016, a balloon crash landing injured 22 Chinese tourists.

Friday’s hot air balloon crash occurred as Egypt’s tourism sector, a vital source of foreign currency, has taken steps toward recovering from a slump that followed political and security upheaval in the aftermath of the 2011 revolution.