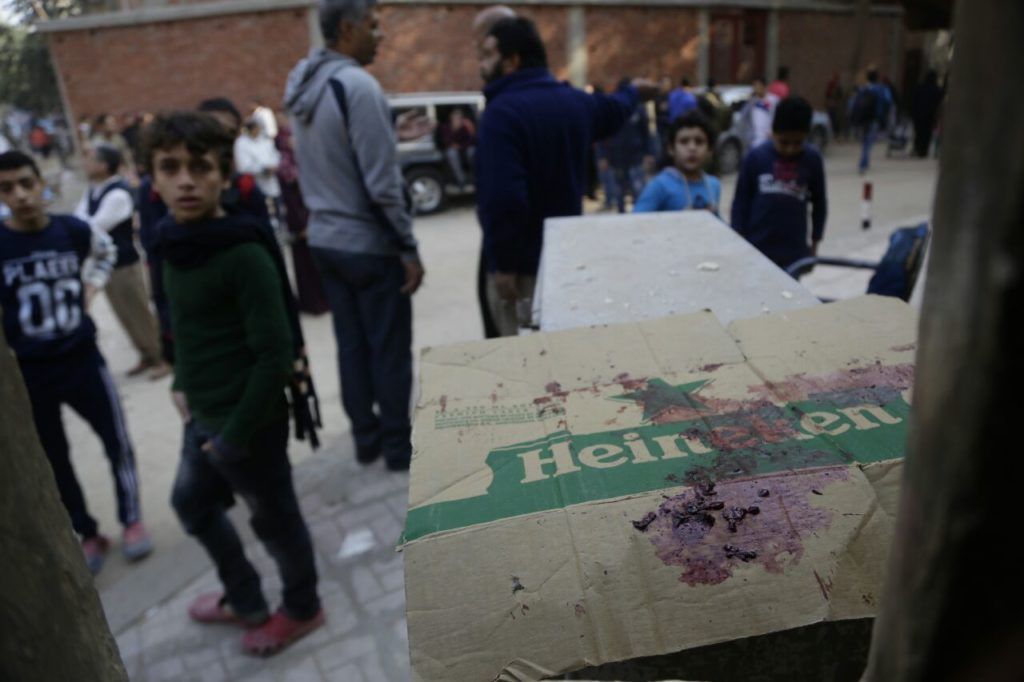 Two people were shot dead in front of an alcohol shop in Omraneya in the Giza governorate in the early hours of Monday as New Year’s eve celebrations were taking place, according to privately owned newspaper Al-Masry Al-Youm.

The shop’s owner, who survived the attack, told Al-Bawaba that the victims of the attack were two brothers who own a shop next to him. They were helping him move products inside the shop, he told the privately owned news website, when the attackers opened fire on them before escaping in a tuk tuk.

This is the second attack to take place during Christmas and New Year’s celebrations this year, after an armed attack on Mar Mina church in Helwan and a shop in the neighboring area last Friday killed 10 people, according to the Ministry of Health.

Last January, the owner of an alcohol store in Alexandria was murdered by an unknown assailant using a knife as he was sitting outside of his shop in the Montaza district.

Topics
Related
attacks on churches
Update: Attack on Helwan church and store kills 10
Islamic State claimed responsibility for the attack on Marmina Church
Alexandria
Questions surround murder of Coptic Alexandrian alcohol vendor
It is not clear if this brutal murder was sectarian in nature