Insist on justice for Alaa and Mahienour

I do not know when I will see them again.

They are both in prison awaiting separate verdicts, scheduled for December 30. I struggle to remain hopeful, to steady the bile that churns in my stomach when I think of what might happen on that day, how their fates once again rest on the whim of some judge, how more time might be stolen from them, more days, months, years spent locked up in a cage, how we on the outside feel powerless to help them. 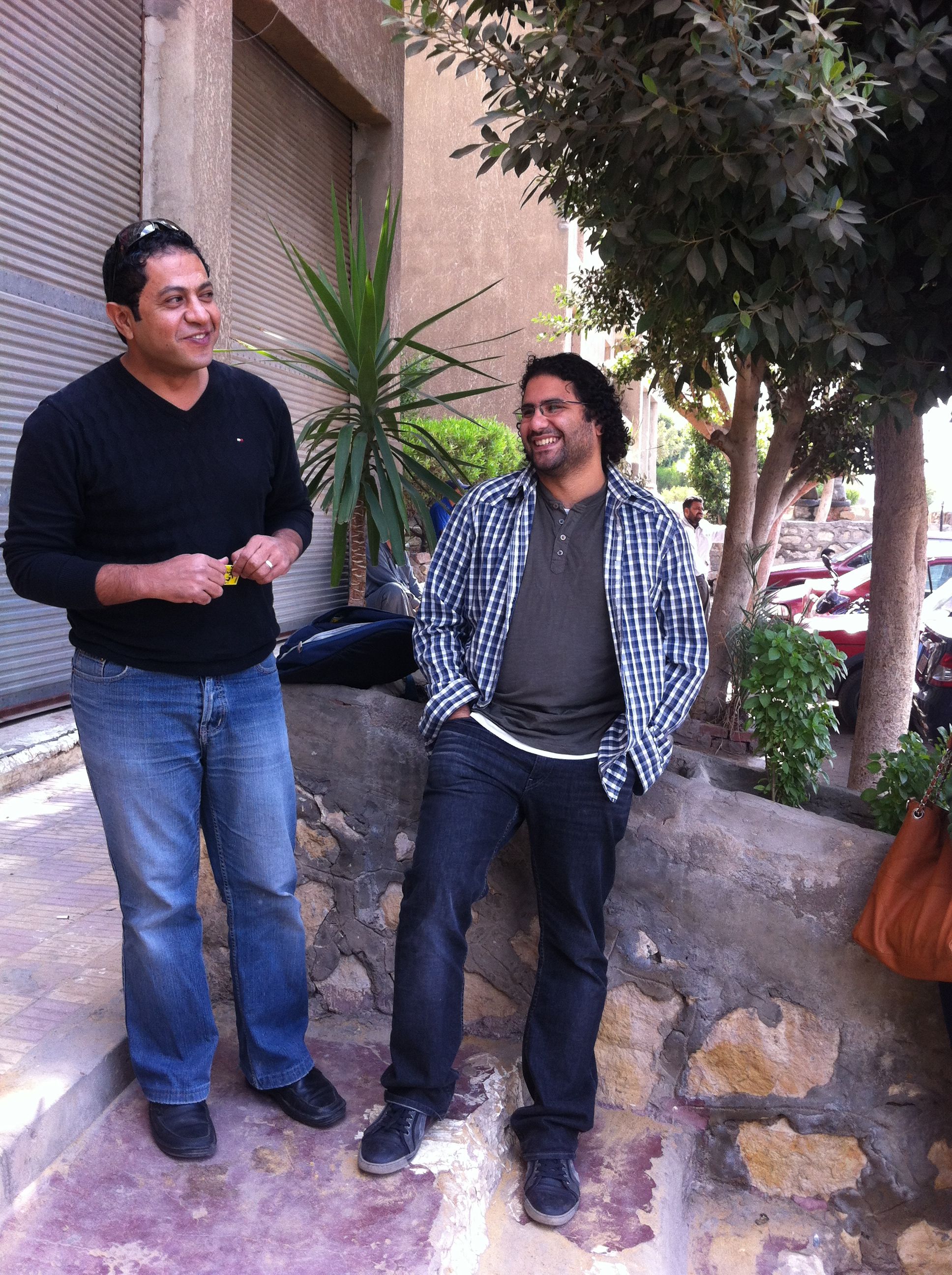 Alaa has already served three and a half years of a five-year prison sentence in the Shura Council case. It is hard to think of it. Life has inexorably moved forward. His son has grown into a young boy, his father died, his sister got married, his cousin is having a baby. His family has altered; it has expanded and contracted as families do, has experienced tragedy and joy, without him.

I wonder if he too has altered. Hisham Matar writes in his memoir The Return, that, “Part of what we fear in suffering — perhaps the part we fear most — is transformation.” Has Alaa transformed?

When he was arrested, in November 2013, a large squad of heavily armed, masked police stormed his house, beat Alaa and his wife and dragged him away. They left him on the floor of a cell for the night, handcuffed, bleeding and blindfolded with a rag so dirty it infected his eye. He was eventually held in solitary for 22 hours a day, until his release on bail in March 2014.

I saw him a few days later. He talked at length about how the entire prison system is built on bribes, about the differences in treatment between political and criminal detainees, about the impossibility of accurately conveying what it feels like to be locked up, to have a total lack of agency over everything in your life. Even back then, Alaa was already an experienced ex-con.

He told me the most important thing for him inside was books, then a pen and paper. For much of the past three and a half years, prison authorities have severely limited his access to books, letters and other reading material. I wonder how he’s coping.

He was jailed again in June 2014, then released in September. This time, his younger sister Sanaa Seif was in prison. I saw him outside Tora Prison with his family when Sanaa was sentenced to three years. The very next day, on October 27, Alaa was arrested in court when his retrial resumed.

In his last Facebook post, a selfie, he is posing, frowning slightly. Behind him is the trash and rubble spilling out by the walls of Tora. He writes, “We’re sitting at the cafe next to the institute where police are trained to kill and rape, waiting for them to let us in. Who knows if they will let us leave.”

He has been behind bars ever since. He has spent more time in prison than outside of it since 2011, when he moved back to Egypt from South Africa for the revolution. The others charged in the Shura Council case have all been released, except for one, who is about to complete his three-year sentence. Alaa is made to suffer because he is Alaa. His mind is too dangerous. He is the vanguard. He is the argument they cannot win.

And he still has at least a year and a half to go before they release him. When he gets out he has another five years of probation. In all probability this means spending twelve hours a day, from sunset to sunrise, locked up in a police station. That’s ten years of sleeping in a cell.

Ten years — that’s just the minimum. On December 30 we will find out if more time will be heaped on to his sentence, when a court issues its ruling in another case where Alaa and 24 others are accused of insulting the judiciary. He faces up to four years for a tweet in which he implied Egyptian judges are “taking orders from the military,” and said they were “biased.”

It was in one of these court sessions that I last saw him.

The long-running trial has been held inside the Police Academy, the sprawling security facility ensconced in the Fifth Settlement and cut off from the public. I went there in January 2016 with Mada Masr’s Lina Attalah. After half an hour of questioning by a slick young officer in jeans and a form-fitting sweater we were finally let in.

We immediately tried to find Alaa inside the caged dock, which spans the left side of the converted lecture hall and is fitted with soundproof glass. The two dozen defendants in the case make for unlikely bedfellows. Leading members of the Muslim Brotherhood and Islamist politicians have been charged alongside liberals like Amr Hamzawy and pro-Sisi TV shock jock Tawfik Okasha. Many are being tried in absentia.

Inside the cage, a shrunken version of Saad al-Katatni, the once imposing speaker of parliament, sat quietly beside Mohamed al-Beltagi, who looked like he had emerged from a dungeon, with dark circles around his eyes and a long, scraggly beard. Both were dressed in red, the color for prisoners on death row.

Standing among them was Alaa. When he spotted us he raised his arms in glee and broke into a huge smile as he bounded over to us. He grabbed the bars and waved, blowing kisses to Lina. I eventually took out my notepad and we wrote him messages and held them up to the glass. We relayed social and personal news: about Mada Masr’s Arabic site, his cousin Omar getting engaged, upcoming work trips, the release of Star Wars Episode VII, whether he would like cooked lasagna sent in. I still have the notepad, its pages filled with large, hurried Arabic scrawl in felt pen. Alaa signaled back as best he could, smiling and laughing the entire time. The officer who had questioned us stood at the back of the courtroom glowering but did nothing to stop it.

The court session was short and uneventful and Alaa was eventually led away with the others. I tried four more times to attend the trial, but was never allowed past the main gate again. I have not seen Alaa since. 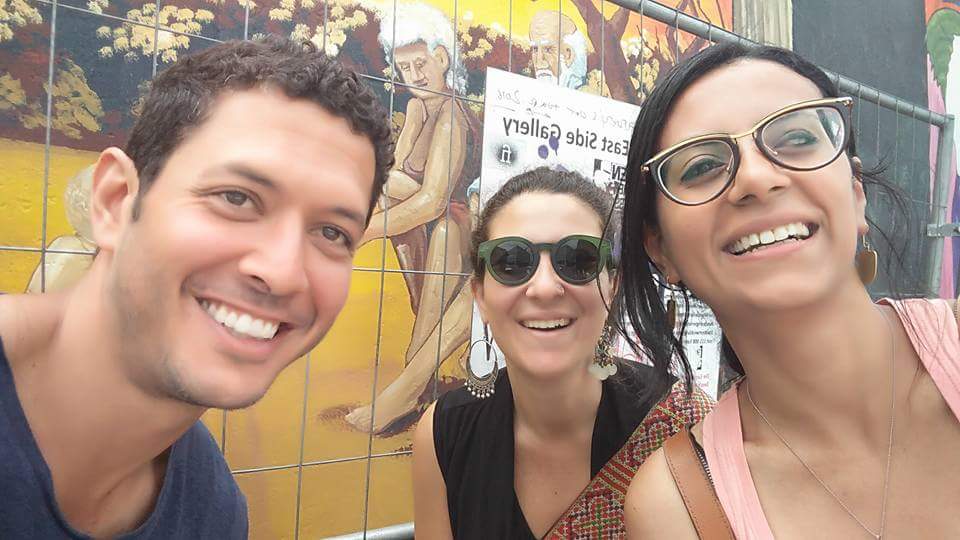 The last time I saw Mahienour al-Massry was much more recent, on November 8 inside the Supreme Court building, when Egypt’s highest appeals court ruled to uphold Alaa’s sentence in the Shura Council case. Mahienour had come with Alaa’s family and friends in support, as she always does.

I didn’t know at the time that she was on trial on charges related to a June 2017 protest in Alexandria against the government’s transfer of the Red Sea islands, Tiran and Sanafir, to Saudi Arabia.

Mahienour rarely speaks about herself. Her boundless energy, her deep well of compassion, her unyielding courage, have always been channeled toward seeking justice for others, not herself. For that she has become a prime target of the police in Alexandria.

She has been arrested a dozen times and spent over 20 months in prison in two separate cases, most recently a year and three month stint in Damanhour Prison for staging a sit-in inside Raml Police Station with a group of her fellow lawyers after one of their colleagues was assaulted by the police. The conditions were miserable, with overcrowded cells that had no water for 20 hours a day.

In letters from inside, Mahienour criticized the classist system within prison and said her ordeal was nothing compared to that of the poverty-stricken women detained alongside her. She was released in August 2016.

She found out about the latest charges against her only by chance, a full two months after the June 2017 protest. There was no official notification from the courts. In fact, the trial had begun without her even knowing. She began to attend the court sessions of her own accord. Along with four other defendants, Mahienour faces accusations of assembly, protesting without a permit, threat of force and insulting the president.

Over the course of several months, the case was handed to three different judges. On November 18 she went to court to face the newly appointed judge for the first time. It also happened to be Alaa’s birthday, and that morning she posted a tweet addressing him, saying she hoped this year would be a “miraculous” one that he could spend with his family. “I still believe in miracles and I know that something can happen beyond our imagination to dazzle us,” she wrote. “I hope you will be with us soon, I don’t know how, but it will happen. Sending great love to defeat darkness.”

A couple of hours later she was arrested in court, along with another defendant, Moatassem Medhat, on orders from the judge that they be detained until December 30, when he would deliver his verdict and determine their fate.

So Mahienour is back in prison again.

Although the case is based in Alexandria, she was first taken to Al-Qanater Prison in Qalyubia. Three weeks later, during a family visit, she spotted Sarah Hegazy in the visitation hall. Sarah is the only woman among more than 60 people arrested in September and October 2017 in an unprecedented crackdown targeting Egypt’s LGBTQ community. If found guilty of “promoting sexual deviancy” and other charges, she could face a life sentence.

Mahienour had closely followed Sarah’s case and when she arrived at Qanater Prison she submitted a request to meet her. It turned out Sarah had done the same when she found out Mahienour had been detained there. The two were delighted to see each other. Mahienour told her sister to remind people about Sarah’s case. She felt Sarah had been forgotten and needed all the support she could get. Mahienour rarely speaks about herself.

This past Saturday, when her family arrived at Qanater for their scheduled visit, prison authorities told them she had been moved. They found her the next day in Damanhour Prison near Alexandria. She was exhausted, having been transferred there without warning and kept in a temporary holding cell with no food, water or access to a bathroom for over 24 hours.

She will presumably be held at Damanhour until the December 30 verdict.

The date looms ahead. For Alaa, for Mahienour, for Moatassem, for Mohamed Ramadan, for all the others. We on the outside cannot forsake them. If it were the other way around, if they were free and we were locked up, they would have put everything on the line for us. That’s precisely why they are not free.

During a brief period when Alaa was out on bail in September 2014, he spoke at a memorial service for his father, the pioneering human rights lawyer Ahmed Seif al-Islam. He had died a month earlier, while two of his three children, Alaa and Sanaa, were in prison. Choking back tears, Alaa ended by saying, “All that is needed from us is to insist on justice. We don’t need to be victorious. We just need to insist on justice and hold on to that.”

Let us not be silent. Let us insist on justice. Not just for Alaa and Mahienour, but for the tens of thousands unjustly imprisoned.

AD
You Might Have Missed
Mugamma revisited: Reimagining the building and the square
Carbon Colonies & A Green New Deal
Where do old lesbians go to die?
What we talk about when we talk about trees
AD
Sharif Abdel Kouddous
12 articles on Mada