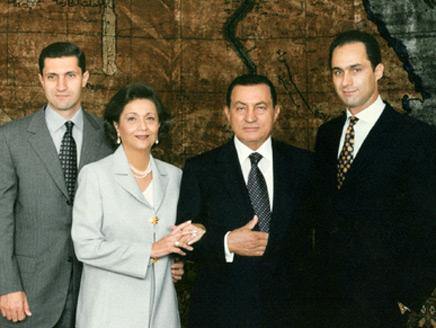 The Swiss Federal Council decided to lift the freeze on the assets of former President Hosni Mubarak and a number of other individuals on Wednesday, following the end of mutual legal assistance procedures between Egypt and Switzerland in August.

The lift of the asset freeze does not mean that the funds will no longer be under investigation, and the assets now remain sequestered pursuant to an order from Swiss prosecution.

The Swiss government froze the assets of Mubarak, members of his family and some of his close associates following his removal from power in February 2011 after a mass uprising against his rule. The identities of the persons whose assets had been frozen, save for Mubarak’s family, have not been disclosed. The asset freeze has been renewed every December since, before being lifted on Wednesday.

Osama Diab, anti-corruption researcher at the Egyptian Initiative for Personal Rights, sees the development as another move on the part of Swiss authorities to close the case.

The Swiss Federal Council’s statement explained that, at the request of the Egyptian authorities following acquittals and reconciliations in cases related to the funds in question, several names have been dropped from the list of individuals being investigated, bringing down the amount frozen by Swiss authorities from 590 million Swiss francs in 2011 to 430 million Swiss francs.

However, the statement asserted that the funds will not be released yet, pending a criminal investigation against six individuals (which the statement does not name) on suspicion of money laundering and organized crime.

Mutual legal assistance, the main model of cooperation between the Swiss government and foreign governments to retrieve illegally obtained money deposited in Swiss banks, began at the request of the Egyptian government in 2011. However, after a bumpy and futile process, Swiss authorities brought the agreement to an end last August.

Diab explained to Mada Masr that the premise for Swiss-Egyptian cooperation was doomed from the start, because it placed the burden of proving that the frozen funds were illicitly gained on the Egyptian government, while, according to Diab, it would have been easier to require the proprietors of the funds to prove its legal origins.

Diab traced the first step of the end of the process to 2015, when Swiss authorities dropped criminal proceedings against some of Mubarak’s associates. The second development came with the lifting of the freeze on an additional 180 million francs in December 2016 following reconciliations between the Egyptian government and several businessmen and politicians close to Mubarak, including businessman Hussein Salem.

After the halt of mutual assistance in August, Wednesday’s decision is the fourth move toward releasing the funds, which are now only held on orders of the Swiss prosecutor, who is entitled to remove this freeze at any time.