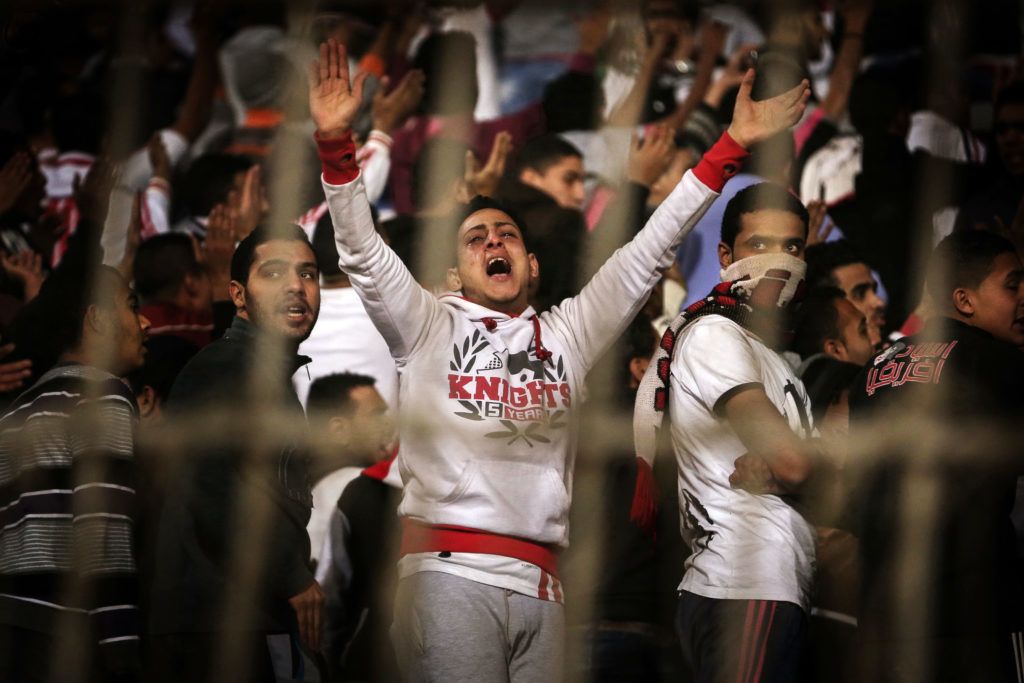 The military prosecution in Alexandria released 228 members of the Ultras White Knights, who were held in pretrial detention for six months, on Sunday after the case was dismissed due to insufficient evidence, while another eight remain in custody.

Security forces arrested 236 Zamalek Club fans on July 9 after clashes broke out during a game between Zamalek Club and Libya’s Al Ahli SC outside the Borg al-Arab Stadium in Alexandria. They were investigated on charges of being members of an illegal organization and assaulting police personnel.

Lawyer Mohamed Hafez from the Association of Freedom of Thought and Expression told Mada Masr that four of those still in custody are being held in relation to separate cases, in which they received sentences they are currently appealing. The remaining four have not been released due to a bureaucratic mix-up, as their names are similar to defendants that have already been convicted and are wanted by the police.

“We are waiting for their families to provide proof of the similarity in names so they can be released,” Hafez told Mada Masr.

The fans were referred to the military prosecution on grounds provided by Presidential Decree 136/2014 which requires the Armed Forces to protect and secure public and “vital” facilities in cooperation with police forces. They were also tried as per Article 204 of the Constitution which allows for the military trial of civilians in cases of assault against soldiers or military facilities and equipment.

The decision referring the arrestees to the military prosecution categorizes the Borg al-Arab Stadium, which is owned by the Armed Forces, as a military facility.

The football fans were also accused of using terrorism to achieve their organization’s targets, possessing fireworks which can endanger citizens, vandalism, and inciting disorder.