Jerusalem is a crystal ball that we can never enter

I want to start by setting out some points on which I will base the paragraphs that follow, like code for reading an axiomatic map: 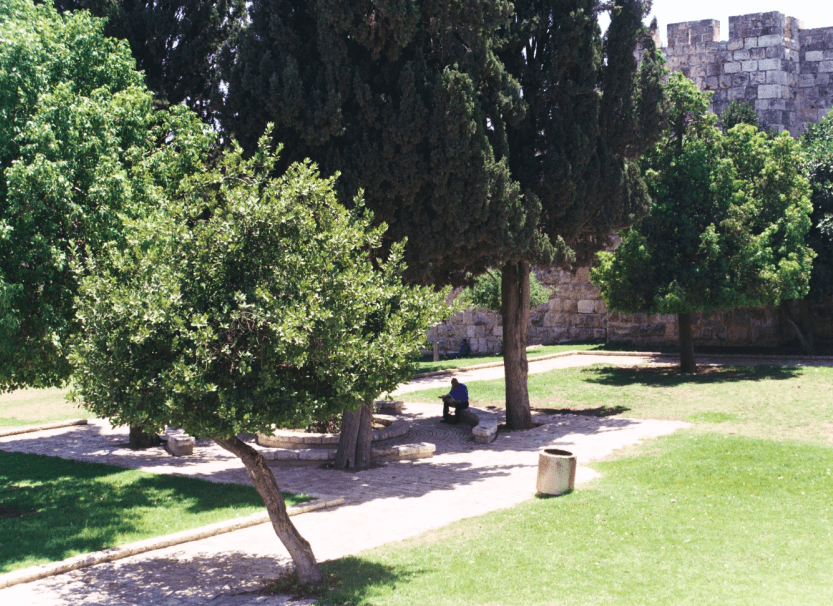 A man reading a newspaper by the Wall of Old Jerusalem - Courtesy: Bekriah Saeb

In addition to changes that the city is experiencing on a daily basis, the Museum of Tolerance is currently being built over what used to be the historic Ma’man Allah cemetery, in spite of all opposing voices demanding that the project be halted. Across from the cemetery stands a luxurious building. Restored and renovated in recent years, it looks like a hotel. At the corner of the breath-taking building there is a marble sign, on which the words “Supreme Muslim Council” and “1929” (the date it was established) are engraved in Arabic, though they are not legible if you are standing below the sign itself.

Why this sign — which is in no way related to the space’s new function — is still hanging there is unknown. Anyway, just a few meters away from these large buildings, the US Consulate General is located, on Agron Street. Since it was established in 1844, it had been located in Omar Ibn al-Khattab Square in the Old City, but in 1912, the consul moved his operations to this building on Agron Street. Another branch of the consulate is open to the public on David Flusser Street in Arnona neighbourhood. This branch used to be on Nablus Road in the eastern part of the city, up until 2010. Protesters used to chant particularly loudly when passing the building on their marches to Damascus Gate, the most popular spot in the city for protests. 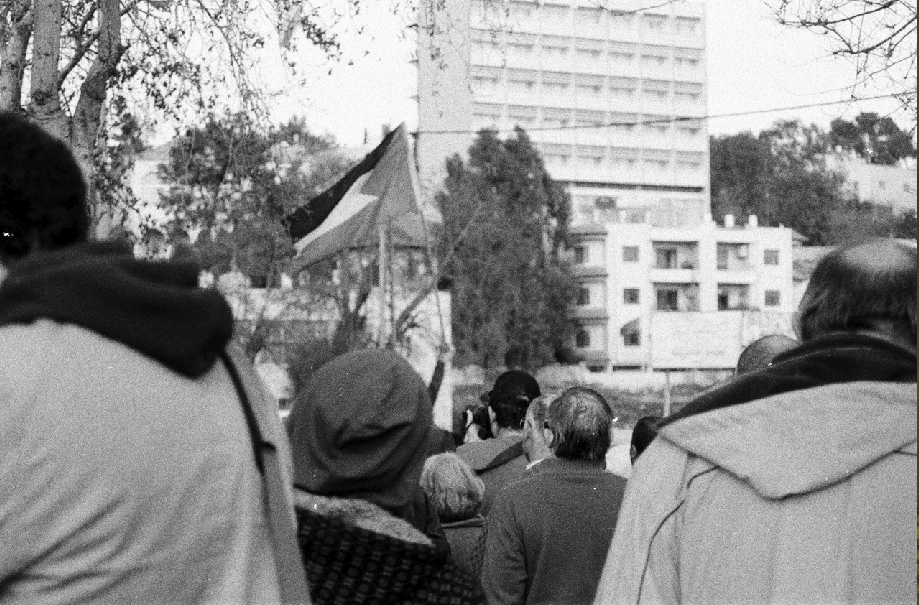 A demonstration in the neighborhood of Sheikh Jarrah in Jerusalem - Courtesy: Bekriah Saeb

The city’s landscape is changing all the time, and no comprehensive map defining its borders can help me solve its space-time equations or predict any future changes. Attempts to use every last inch of land over which ownership has been disputed, or that has been inherited by one colonizer from another, never cease.

The current situation is upheld legally and funded by the Jerusalem municipality and its affiliated institutions, with the purpose of expanding the city and creating and recreating symbolic attachments to it through visits by decision makers or intellectuals toting charming and noble messages to humanity. On the other hand, the municipality and the Israeli government both make the lives of Palestinians in Jerusalem difficult by stripping them of their rights, treating them unfairly and threatening them more than any US president’s statements can. 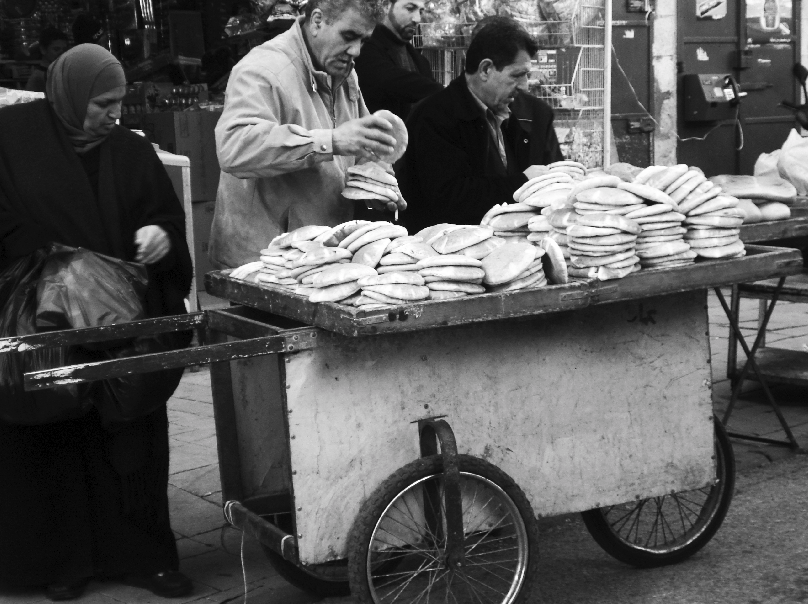 Israel has been dedicating effort into making a “united Jerusalem” its capital since 1967, celebrating it symbolically through an abundance of annual rituals and military celebrations — this is not news.

Growing up in a village that was turned into a ghetto in the middle of surrounding kibbutzim and other settlements, between highway 6 (also known as the Trans-Israel Highway) to the west and the West Bank wall to the east, we used to refuse to answer the question, “What is the capital of Israel,” when playing trivia games.

When I used to visit Tel Aviv with my father, he would point at the flags being flown, which he told me “I would not see anywhere else,” explaining this was because embassies were located in Tel Aviv, though this was not the desired capital, but rather the decision-making center. Following my father’s explanation, I always perceived Jerusalem in my imaginary as a crystal that we only gaze upon from the outside, even though we walk through it, ride buses in it, complain when we get caught in its traffic jams and wait at checkpoints when entering or leaving it.

What is an appropriate metaphor to use? Seeking an image, I tried this assumption: There is a main player and a substitute. Tel Aviv and Jerusalem as often presented by the TV anchor, are swapped interchangeably, to accommodate the current need. 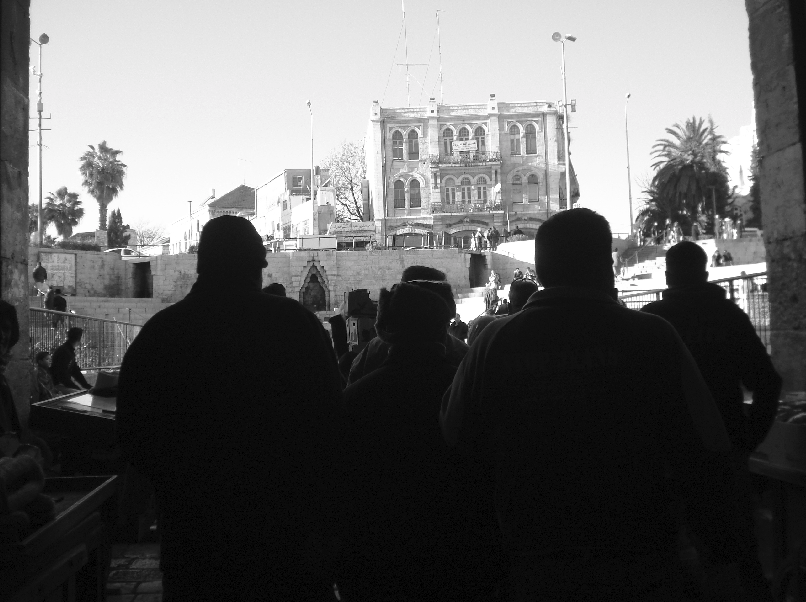 Employees of the US embassy, currently located on HaYarkon Street, will have to give up the view and smell of the Mediterranean for the nearby Jerusalem beach. The US Embassy, a brutalist-style building like many others built in Tel Aviv at the time, has stood in its current location since 1966. Given the size of the embassy, the number of its employees (800 Israelis and Americans) and its many scattered affiliates, the relocation process may take more than a decade and is estimated to cost millions of dollars. Some have suggested a sign that says “US Embassy” be hung on one of the consulate buildings in Jerusalem meanwhile to satisfy enthusiasts.

In his book, Innocents Abroad (1869), orientalist Mark Twain describes walking around the Old City. “A fast walker could go outside the walls of Jerusalem and walk entirely around the city in an hour. I do not know how else to make one understand how small it is,” he says.

This is no longer the case. You cannot walk through the entire city of Jerusalem in one hour. That would be impossible, as today the city includes several neighbouring settlements and a number of residential units erected on the tops of nearby mountains. Going from one point in the northern part of the city to another in the southern part of it takes longer than it takes to go from Jerusalem to another nearby city.

In addition to restrictions on movement, government agencies also construct the ways in which one must navigate the city, through historical partitions and regulations.

What makes a city into a capital? Is it related to history, geology or its utility for surrounding areas? 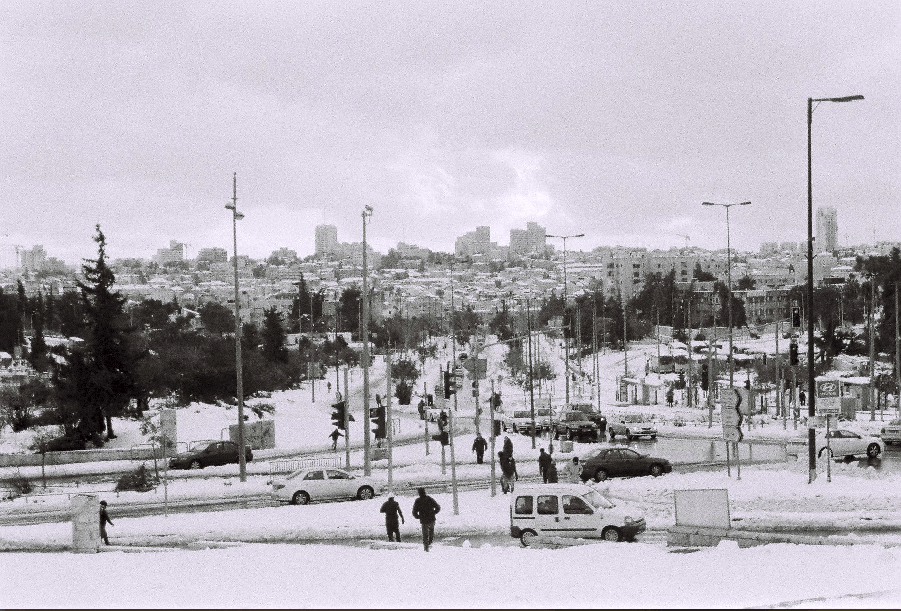 Territory does not precede the mapping process. Territories may come and go, while maps make significant changes to reality. “It is the map that engenders the territory,” says Baudrillard, basing this claim on a one-paragraph long story by Jorge Luis Borges — “On Exactitude in Science.”

In Borges’ story, cartographers in the empire drew up an arbitrary physical map that meant citizens of the empire lost touch with territory they had inhabited before the map.

Jerusalem’s ever-changing map deliberately isolates its Palestinian residents and keeps the skewed logic behind these newly-drawn borders beyond their reach.

So which spot, one that has not been repurposed already by settlements, will be chosen for the new US Embassy? Although Jerusalem has been recognized by some American politicians as the capital of Israel since the US Congress passed the Jerusalem Embassy Act in October 1995 to initiate the relocation of the embassy, and although a piece of land was leased for this purpose in 1989, the law was never implemented.

Historian Walid Khalidi published a paper on this topic in the Journal of Palestine Studies, in the summer of 2000, titled, “The Ownership of the US Embassy Site in Jerusalem.” Khalidi reveals the details of the site that was leased by the embassy in the Allenby Barracks, in the Talpiot area in the southern-eastern part of Jerusalem. The study offers enough evidence that this piece of land is owned by 76 Palestinians, as recorded in 1948. 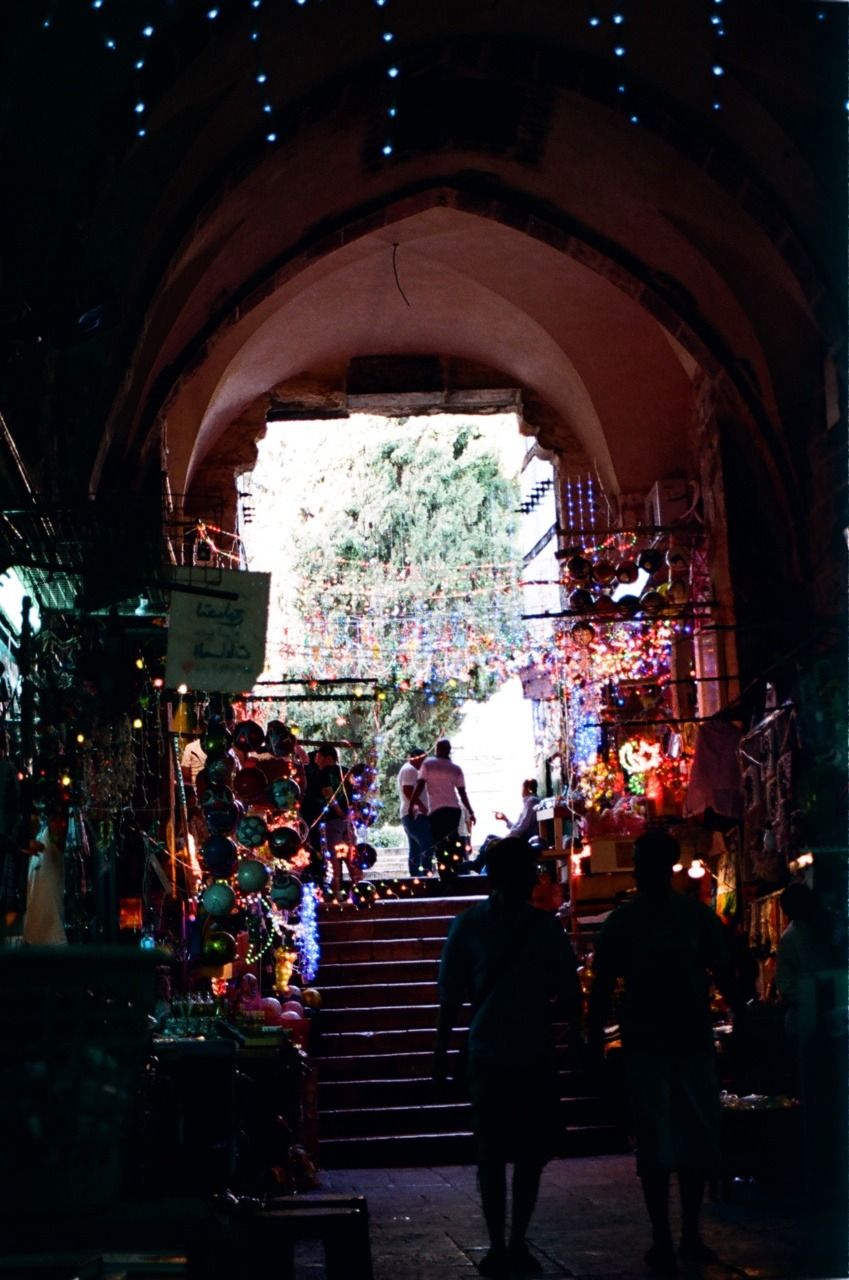 Events that took place in Jerusalem before the decision to relocate the embassy, and that are still going on now, involve shameless manipulation. I am not talking here about the peace process or talks, but rather the daily lives of Palestinians. What are the implications of this move on them? Will the decision to relocate this embassy lead to the movement of others from Tel Aviv?

The situation in Jerusalem is equivalent to insomnia. The city suffers from this disorder, which is well described in “Al-Wajh wal-A’jizah,” a story collection by Palestinian author Ahmad Hussein. This ever-lasting insomnia, according to Hussein’s interpretation of the phenomenon in local terms, “is not just an out-of-place wakefulness, like a bullet in the head, a finger in the arse, or a settlement in Nablus. It is not like that. Insomnia is a nightmare that is neither part of sleep nor wakefulness. It is something in between that brings about a change in demeanor and unusual behavior that is more about place than time. It is like being in a place that is both familiar and strange, a place that one knows and does not know, a place that is his and not his — geographically extraterrestrial, floating in a mythical history, with no density whatsoever.”

—
This piece was originally published in Arabic: http://ow.ly/42LM30hdYDV
AD
You Might Have Missed
Where do old lesbians go to die?
Mugamma revisited: Reimagining the building and the square
Carbon Colonies & A Green New Deal
What we talk about when we talk about trees
AD
Bekriah Saeb
1 article on Mada