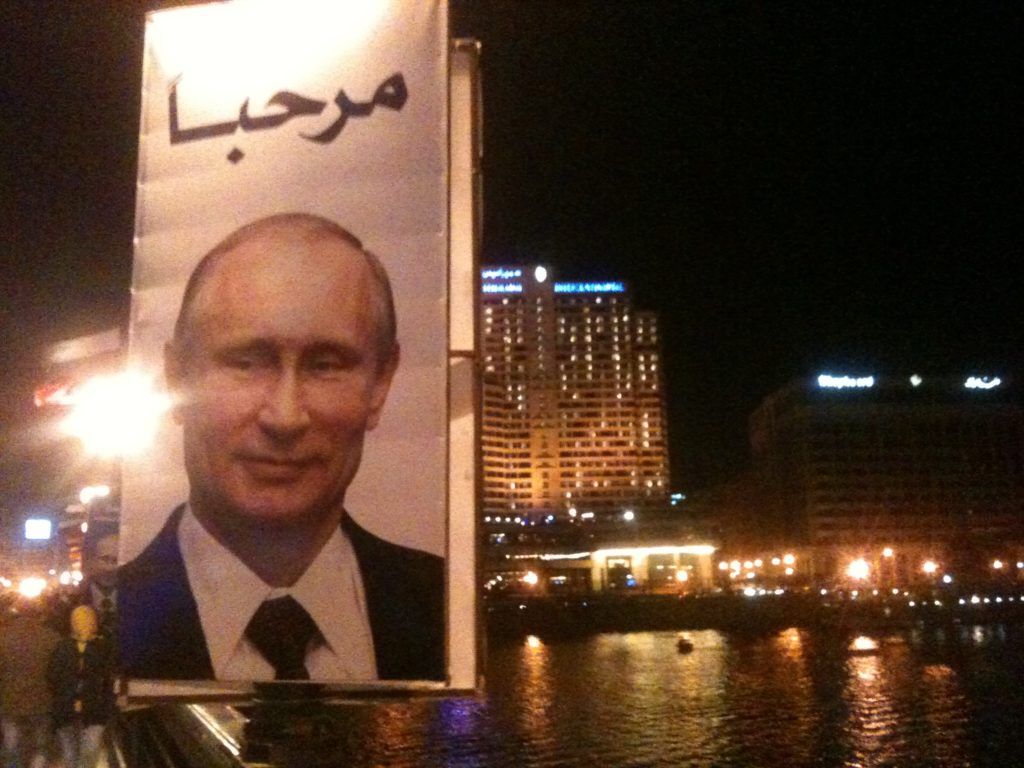 Russian President Vladimir Putin left Cairo after an hours-long visit, during which he met Egyptian President Abdel-Fattah al-Sisi, without agreements made on any pending issues on Monday.

The presidents were not able to agree on the final deal for building the Dabaa nuclear power plant, the Russian Industrial Zone, or the resumption of Russian air travel to Egypt, despite the Egyptian presidency expressing enthusiasm that these issues were to be resolved, according to sources who spoke to Mada Masr on Sunday.

The two presidents held a press conference that started with the Egyptian Electricity Minister Mohamed Shaker and Alexei Likhachev, the head of Russia’s state nuclear company Rosatom, signing the “acts to start working” on the nuclear power plant’s construction, without signing the final agreements on its implementation.

A government official briefed on the visit told Mada Masr on condition of anonymity that the declaration of intent to start the project was prepared at the Ministry of Electricity. Russia’s state news wire Tass said the document signed consisted of the “acts to start working on the General Contract for the construction of the Dabaa nuclear power plant in Egypt and the contract for the supply of nuclear fuel to this plant.”

The past few weeks saw Egypt moving fast to pave the way to sign the nuclear project’s technical contracts. In an emergency session on November 27 Parliament approved three bills: for a law to establish the Executive Authority for Supervising Nuclear Electricity Generation Projects, and to amend two laws for the Nuclear Power Plants Authority and for regulating nuclear and radiation activities.

The bills became law on November 29 even though the US$25 billion Russian loan for the plant’s construction has not yet been approved or discussed by Parliament. An agreement for the loan was signed by Sisi in April 2016 and published in Egypt’s official Gazette the subsequent month.

The Kremlin statement published last Thursday regarding Putin’s Cairo visit did not include any references to his intention to sign the Dabaa agreement, just “development of Russia-Egypt relations in the political, trade, economic, energy and humanitarian areas” and “key issues on the international agenda, above all providing stability and security in the Middle East and Northern Africa.”

Putin said in the press conference that he and Sisi had discussed steps to be taken for the resumption of Russian air travel, pointing to Egypt’s “immense efforts” to enhance security at its airports. He also hinted at Russia’s “general” openness for the return of flights to Egypt, but then threw the ball in Egypt’s court by asking it to sign a Russian governmental protocol related to its airport security.

A Russian passenger plane was downed in October 2015, 20 minutes after taking off from Egypt’s Sharm el-Sheikh airport, killing all 217 passengers on board and its seven crew members. While Egypt denied that the crash was carried out by militants, Russia’s Federal Security Service head Alexander Bortnikov said Russia halted flights to Egypt because a 1-kilogram TNT bomb detonated on the plane. Russian tourism had made up a significant portion of the foreign tourism in Egypt.

As for the Russian Industrial Zone, planned as part of a new 5-million-square-meter manufacturing, services and logistics Suez Canal Economic Zone east of Port Said, Sisi said he and Putin have issued directives to the relevant ministers to continue negotiations regarding it, while Putin said investments in the zone are planned to reach US$7 billion.

Topics
Related
Egypt-Russia relations
Putin visits Sisi: Dabaa power plant project to launch, but contracts not yet signed
Asmahan Soliman | There are said to be several concerns about the deal's technical and financial details.
nuclear power plant
Cause for celebration? From opposition to acceptance of the Dabaa nuclear power plant
Osman El Sharnoubi | While the state has secured Dabaa residents' approval, questions remain about the project's feasibility
migration
The difficult route of returning to Syria
Tom Rollins | Now that the balance of power is tilting toward the regime, who will be able to go back?
Egypt-Russia relations
Egypt and Russia: Walking a tightrope of diplomacy
Omar Said | The significance of President Abdel Fattah al-Sisi’s recent visit to Russia lies less in the details