اقرأها بالعربية
A presidential race, anyone?
Plans for Sisi’s campaign take shape as other political figures weigh up running in the 2018 presidential elections

As prospective candidates for the upcoming presidential election, slated for Spring 2018, emerge, two main questions arise: Who is going to run, and what is President Abdel Fattah al-Sisi’s plan?

Considered a supporter of Sisi until his dismissal from Parliament in February of this year, former Member of Parliament Mohamed Anwar al-Sadat is said to be considering candidacy. A source close to the ousted MP tells Mada Masr, on condition of anonymity, that he “plans to announce his intention to run in the presidential elections.”

According to the source, Sadat has already revealed his intention to run to many supporters of the June 30 movement, which had supported the military in removing former President Mohamed Morsi in July 2013. 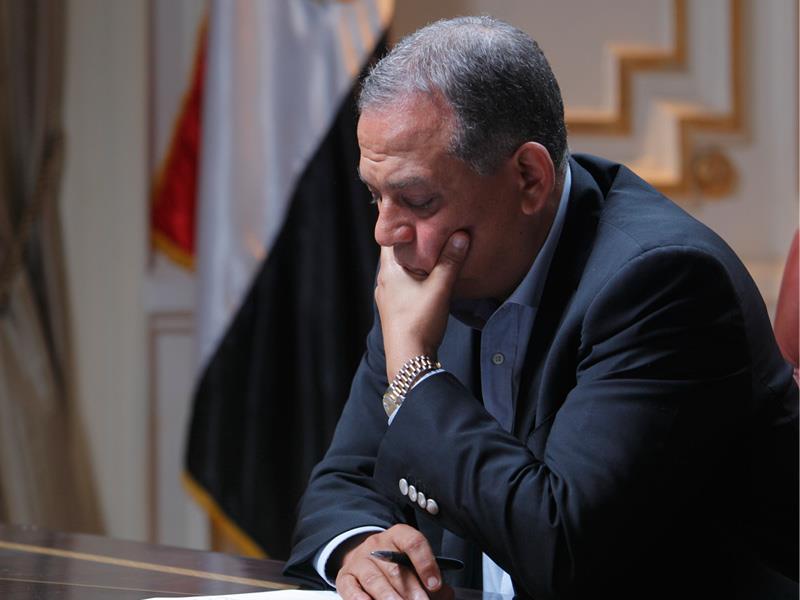 The source tells Mada Masr that Sadat sees the need for a figure to confront the current regime and run against Sisi, particularly in a climate where many fear smear campaigns by media outlets owned by or loyal to the state.

Sadat is expected to announce his candidacy if there are sufficient guarantees that he will not be subject to any moral or material injury, the source says, adding that the former MP has already contacted the relevant authorities about his potential candidacy.

A government source, also speaking on condition of anonymity, suggests that there may not be widespread objection to Sadat running from the authorities, as they are confident his campaign will not be critical of the Armed Forces.

Sadat is not likely to address politically sensitive topics that have arisen during Sisi’s presidency, such as the controversial decision to cede sovereignty over the Tiran and Sanafir islands to Saudi Arabia.

The government source, speaking anonymously, points out that contesting the Tiran and Sanafir deal led to a case against rights lawyer Khaled Ali, who had been considered a potential candidate, in which he was charged with public indecency and issued a one year prison sentence, which may prevent Ali from running in the upcoming election. One of his supporters tells Mada Masr, also speaking on condition of anonymity, that the lawyer planned to run against Sisi not in genuine hopes of victory, but out of a “refusal to surrender to the complete death of politics.” The supporter adds that Ali believes that he may still be eligible for candidacy, as he was only charged with a misdemeanor offense. 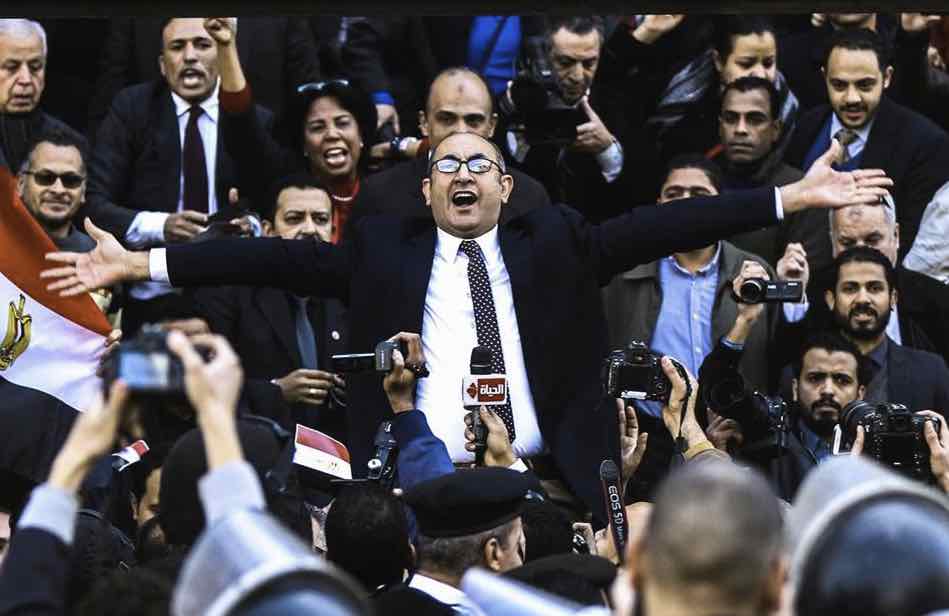 The government source affirms to Mada Masr that, following several meetings held in the office of the presidency under the direct supervision of Sisi’s Chief of Staff Major General Abbas Kamel, a decision has been made to completely exclude discussion of the Tiran and Sanafir deal from the presidential elections to avoid reopening wounds that have not yet healed.

The source expects that this directive will extend to discussing the potential candidacy of retired ambassador Massoum Marzouk, who has been critical of Sisi’s performance. The source poses that pressure will be exerted on Marzouk to abandon the idea of running.

This just leaves the elephant in the room: The case of Lieutenant General Ahmed Shafiq, formerly a prominent figure in Egypt’s Armed Forces and the last Mubarak-era prime minister. Shafiq has been living in the United Arab Emirates since he lost to Morsi in the 2012 presidential elections, which he had been expected to win.

Although he has repeatedly asserted that he has not decided whether to run in the 2018 presidential elections, the regime remains troubled by Shafiq’s potential candidacy. The editor of one privately owned newspaper tells Mada Masr, speaking on condition of anonymity, that the extent of the state’s concern is reflected by its attempts to censor mentions of the former prime minister in the Egyptian press. An issue of the newspaper where the editor works was suspended several weeks ago after a statement regarding Shafiq was published halfway down the first page.

“We had been made aware of existing restrictions after we published several issues of the paper over a year ago covering Shafiq’s correspondence with an Egyptian-American businessman about his possible return to Egypt to take up a political role,” the editor says. Despite a subsequent policy of ensuring that Shafiq news is not given a prominent place in the newspaper, the editors were still forced to remove it entirely from the recently suspended issue.

In his most recent television appearance in June of this year, Shafiq called on Sisi to hold a referendum on the Tiran and Sanafir deal during a phone interview with presenter Wael al-Ibrashy on his show “Al-Ashera Masa’an” (10 pm). After the call, Ibrashy’s show was suspended for almost 70 days. 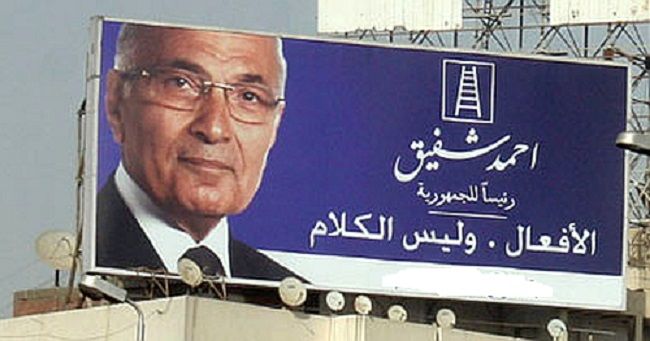 There are also rumors that the contract value of a prominent media figure at a privately owned satellite channel was decreased significantly after she praised Shafiq’s performance during his time as aviation minister.

In addition to the disapproving mentions of Shafiq scattered throughout pro-state media outlets, the former Air Force chief has faced a number of corruption charges and was placed on an airport watch list in 2016, which is unprecedented in the case of senior military personnel. He has been acquitted of charges, and his name was removed from the watch list last November.

Over a year ago Shafiq spoke candidly about not being invited to participate in managing the country’s affairs following Morsi’s ouster. He also implicitly criticized the performance of the Sisi administration and spoke out against the authorities during a series of meetings held in the UAE with Egyptians who participated in the June 30 protests against the former Muslim Brotherhood president.

According to a source from the political opposition, speaking on condition of anonymity, “Shafiq is afraid to return.” The source met recently with one of Shafiq’s primary backers in the UAE who said that his lawyers have learned he is still on the watch list, and may potentially be detained the minute he arrives in Egypt.

“Shafiq will not come back unless he receives guarantees from the UAE and from influential state authorities that he will not be imprisoned upon his return to Egypt,” the source adds.

The issue of Shafiq has not been settled yet, according to an anonymous Egyptian diplomatic source, despite Sisi’s September visit to the UAE. Another Egyptian diplomat concurs, saying that there is general concern in the UAE about Sisi’s performance, especially economically because of his large-scale spending on vast economic projects. At the same time, there have been no indications that the UAE plans to replace its support for Sisi with support for Shafiq.

Anonymous sources from within the authorities estimate that Sisi is likely to serve a second term, giving two reasons. Many believe the Armed Forces will not accept having performed badly, and plan to give Sisi a second chance to improve his performance, putting an end to increasing talk of the military’s incompetence in managing the country’s affairs. They also tell Mada Masr that there has been no consensus on an alternative candidate, should the Armed Forces withdraw support for him due to his diminishing popularity or poor performance.

According to the diplomatic source, Sisi’s candidacy is also conditional on the state of his foreign relations. Everyone is aware that Sisi is in the good graces of US President Donald Trump, despite a recent decision to withhold US aid to Egypt, and the resignation of pro-Sisi national security adviser Michael Flynn. 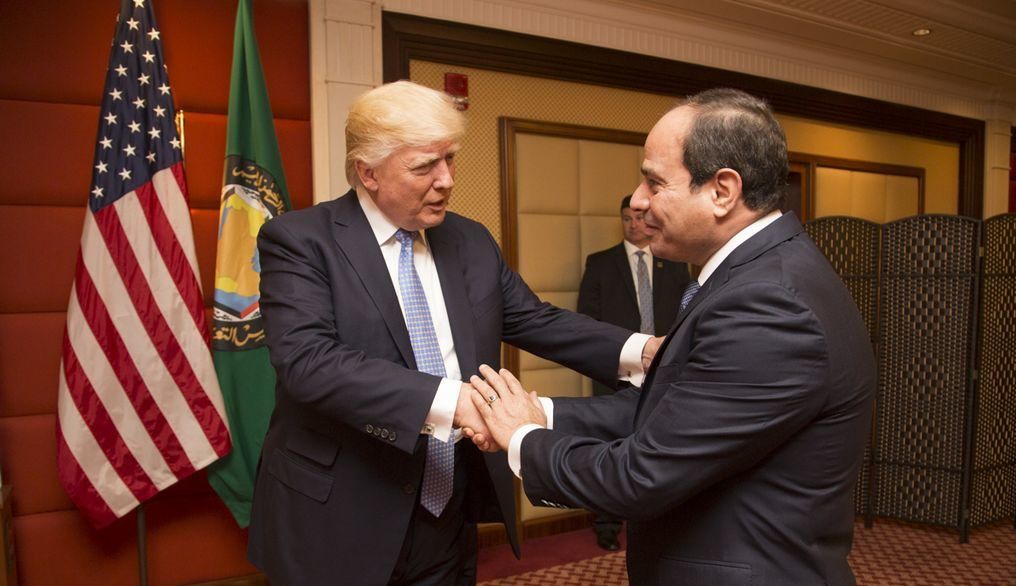 An Arab diplomat working in Washington DC cites Israeli Prime Minister Benjamin Netanyahu as another source of international support for Sisi, speaking to Mada Masr on condition of anonymity. The diplomat, as with other sources, says that Netanyahu has exceptional access to Sisi in a way that surpasses good relations shared by any Israeli prime minister and Egyptian president since the signing of the Camp David accords almost 40 years ago.

There are practical reasons for US and Israeli support for Sisi, according to the source, including a desire to pave the way for an agreement on the Palestinian issue that, while it doesn’t offer an answer to either the Jerusalem or the refugee question, is expected to include a land exchange deal between Israel and the Palestinian Authority, and the delineation of maritime borders between Egypt and both parties.

Egypt has also the key support of the UAE, its partner in the complex arrangement aiming to maneuver Khalifa Haftar, leader of the Libyan National Army, into taking over the Libyan government, which is cracking under the weight of protracted military conflicts.

These regional arrangements are one of the primary forces behind proposals to amend the Constitution to extend the presidential term and remove restrictions on the number of terms served.

In 2015, Sisi said the Constitution had been written with “good intentions,” adding that “the country cannot be run on good intentions.” Despite chatter about extending the presidential term, a number of Sisi’s supporters discouraged him from amending the Constitution for fear of inciting a negative response, similar to that which followed the Tiran and Sanafir deal.

While a constitutional amendment might be off the table for now, the government source says that it could still be an option, one that may be pursued after the 2018 elections.

While Sisi has faced a decrease in popularity, campaigns calling on people to support his second term have also been garnering support. One such campaign launched in October, called For You to Build It, has opened offices around the country and collected thousands of signatures already.

Sisi’s greatest concern in the upcoming election is likely to be a low voter turnout, an issue he hinted at during an address during a youth conference held in Alexandria in August. He urged young people to vote, stating: “Don’t go to the north coast and forget about the elections, then come back and complain.”

The low voter turnout in the 2014 presidential elections prompted the state to extend open the polls for one day more than the originally planned two, the legality of which was widely questioned. The hope was this would increase the number of voters so that the state could claim a turnout of close to 50 percent, with Sisi winning 96 percent of the vote.

AD
You Might Have Missed
Mugamma revisited: Reimagining the building and the square
What we talk about when we talk about trees
Carbon Colonies & A Green New Deal
Where do old lesbians go to die?
AD
Asmahan Soliman
55 articles on Mada

Topics
Related
US military aid
Why did the US decision to delay or cancel almost US$300 million in aid to Egypt catch Cairo by surprise?
Mostafa Mohie | There is ambiguity over whether or not US military aid will be held and what will condition its release
Khaled Ali
Rights lawyer Khaled Ali denies charges of ‘public indecency’ in court session
In a statement made during a court session on Monday, former presidential candidate and rights lawyer
activist arrests
Arrests of political opposition continues, former presidential candidate Khaled Ali summoned for questioning
Mostafa Mohie | Activists say arrests are part of an attempt to curtail opposition before 2018 presidential elections
2018 presidential elections
Hope without illusion: Preparing for Egypt’s 2018 presidential elections
Abdelrahman Mansour and Mohamed Aboelgheitit | 2018 will not be the end of the road if we seek to be taken seriously as competitors