اقرأها بالعربية
Rafah: The city of blood and desertion
Recounting August days of heightened bloodshed in the fight between the military and militants in North Sinai’s Rafah 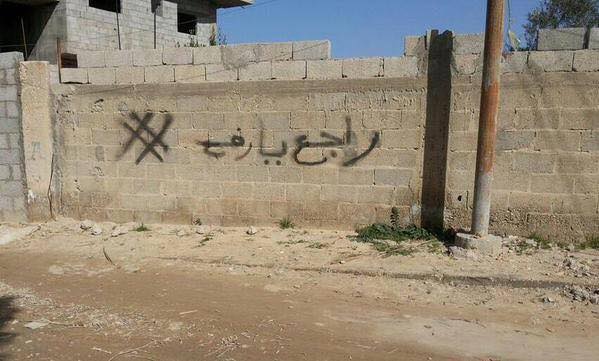 The Armed Forces ended a two-week-long security campaign in the North Sinai capital of Arish at the end of July, a time during which residents of the city, which is the site of regular skirmishes between security forces and militants, had suffered under the weight of bloodshed.

As the campaign drew to a close, the telecommunications blackout that had been in effect was lifted in North Sinai’s three largest cities: Arish, Sheikh Zuwayed and Rafah.

But this was a temporary relief. Only days later, telecommunications were disconnected again. Arish residents feared for the return of the conditions of the July siege. This time, however, it was Rafah, the city bordering Gaza, which would bear the brunt of the ongoing violence. 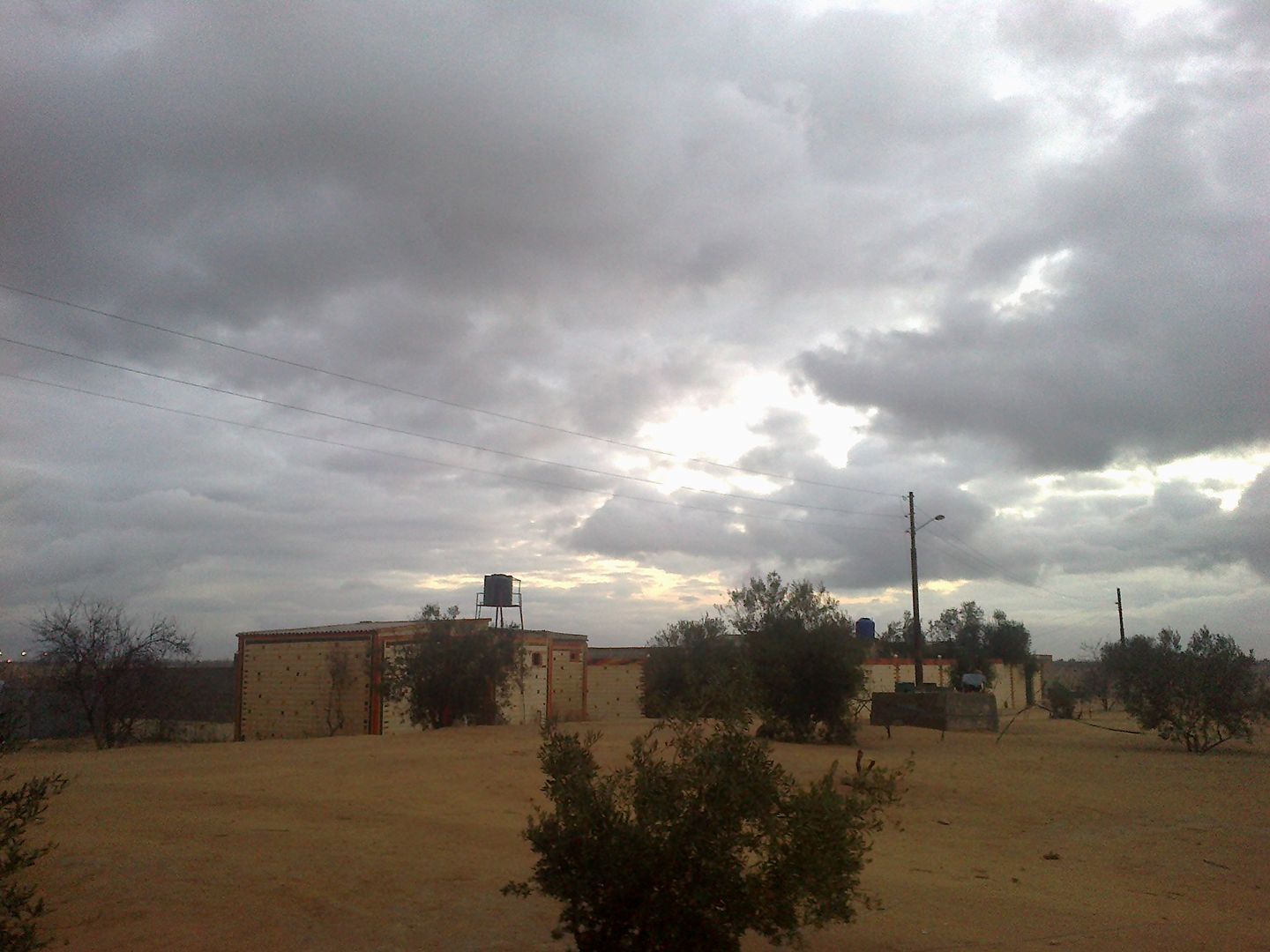 At 10 am on Sunday, August 20, communication networks were suddenly severed in Rafah, Sheikh Zuwayed and Arish, leaving them without electricity or means of communication for over 48 hours.

Rafah resident Abou Mohamed says that they were surprised when, on the morning of August 19, security forces blocked the main road into the city. A sand barrier was erected near the Rafah neighborhood of Yamit and the adjacent village of Abou Shanar. Movement in and out of the city was prohibited except by foot.

According to Mohamed, the Arish-Rafah International Road has been closed to residents’ vehicles since 2014 and is accessible only to security patrols and convoys. As a result, the secondary road is the only route in and out of the city for residents.

The August campaign affected all of the city’s neighborhoods and nearby villages, according to Mohamed, who says that military forces were deployed on an unprecedented scale, spreading from the north coast to the southernmost villages. Abou Shanar was at the epicenter of the operations, prompting many of its residents to pack up and flee in fear for their lives. 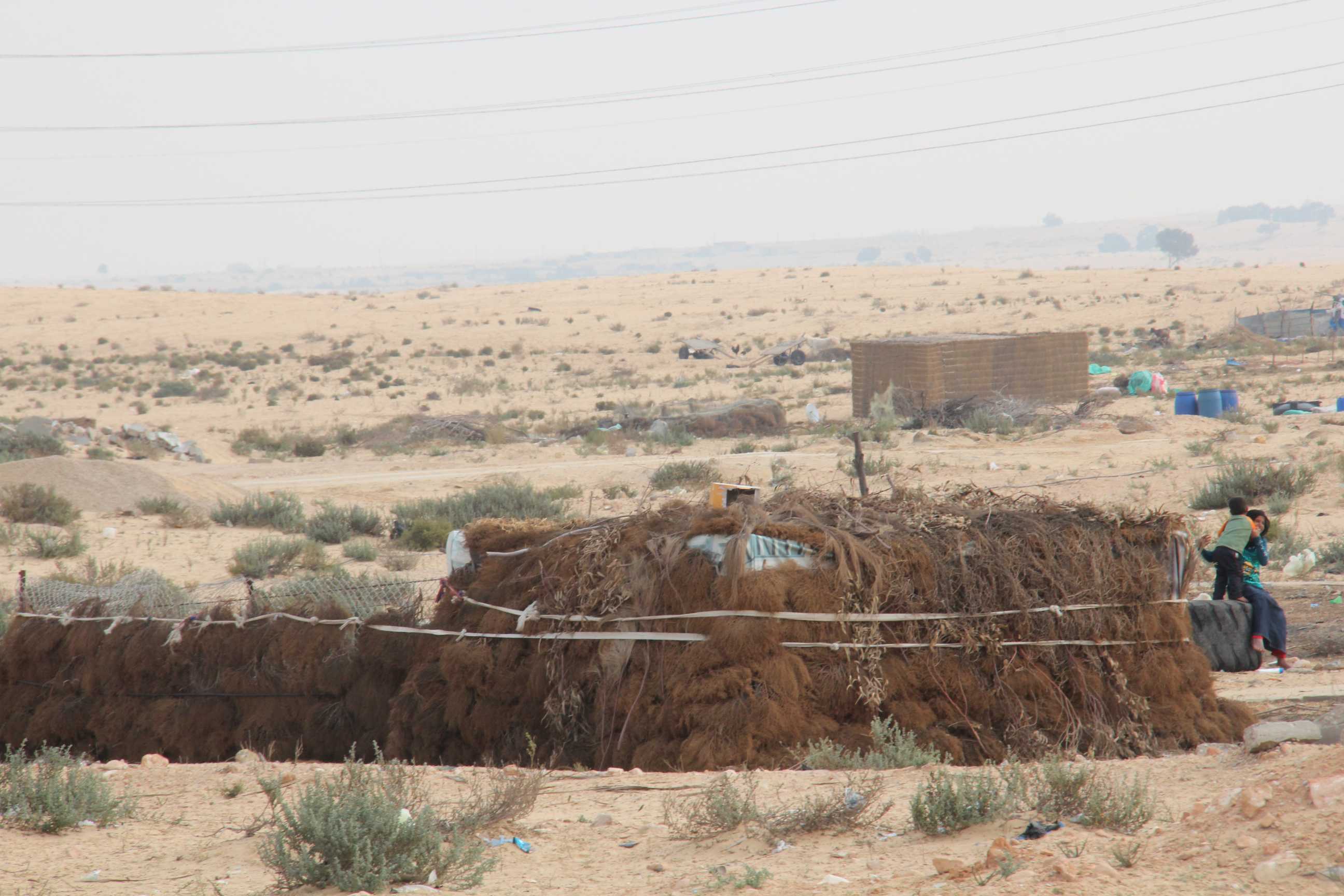 It did not take long for the residents’ fears to materialize. On Tuesday August 22, a shell fired by an unknown source hit a house in the Nagaa Shabana village, killing a 45-year-old woman and her two daughters, aged two and 14, from the Rishat tribe.

More blood was shed on August 23, when four families in the same village, who were hoping to escape the conflict outside the perimeter of their enclave, sought shelter together in the same house. A shell struck the building, killing and injuring the 24 people inside.

Eight were instantly killed in the blast, according to a resident speaking on condition of anonymity. Those killed were all women and children, the resident says, as a security clampdown targeting men in the region has led to many being imprisoned or fleeing to escape incarceration.

Five women and 11 children were injured in the explosion and were transferred to Arish Hospital. A source inside the hospital confirms that some of the women underwent surgery, while some fell into coma. The children were left alone in hospital rooms, and, by the next day, two of them had died. Several of the other patients were transferred to hospitals outside North Sinai where they were treated with the help of “good samaritans.”

Another man from the village tells Mada Masr that security forces ordered the evacuation of the village, prompting some residents to flee without their belongings. Nagaa Shabana now stands abandoned.

Many of those who refused to leave Rafah altogether found a safe haven in the village of Tayra, located south of the city. However, any hope of stability was quelled on August 26, when they were forced to evacuate once more.

“The Armed Forces arrived. They asked many of the residents to empty their houses because they wanted to set up security checkpoints close to them. They gave them three days,” one of the villagers tells Mada Masr, saying that the other residents also decided to leave, knowing that security checkpoints are often targeted, and that staying there would risk being caught in the crossfire.

According to the Tayra resident, who has since vacated the village, some families left everything behind given the difficulty of carrying their belongings out of the village, an issue compounded by the high price of transport. Most of Tayra’s residents, however, are still stuck in the village due to their inability to move furniture and other belongings after security forces blocked access to the only road that had been open to transport after the Arish-Rafah International Road was closed.

Another witness from Rafah says that residents transported what they could in cars, which were prevented from passing the sand barriers, forcing them to unload and transport them in stages on rented horse or donkey-drawn carts.

The Tayra resident says Ismailia and the Salihiyya city to the village’s east are the main destinations for the citizens who have been displaced by security forces’ command or fear of incarceration. A driving force behind the move to these cities is that many of the displaced Tayra residents work in agriculture and hope to join relatives who live on agricultural land in Ismailia and Salihiyya. 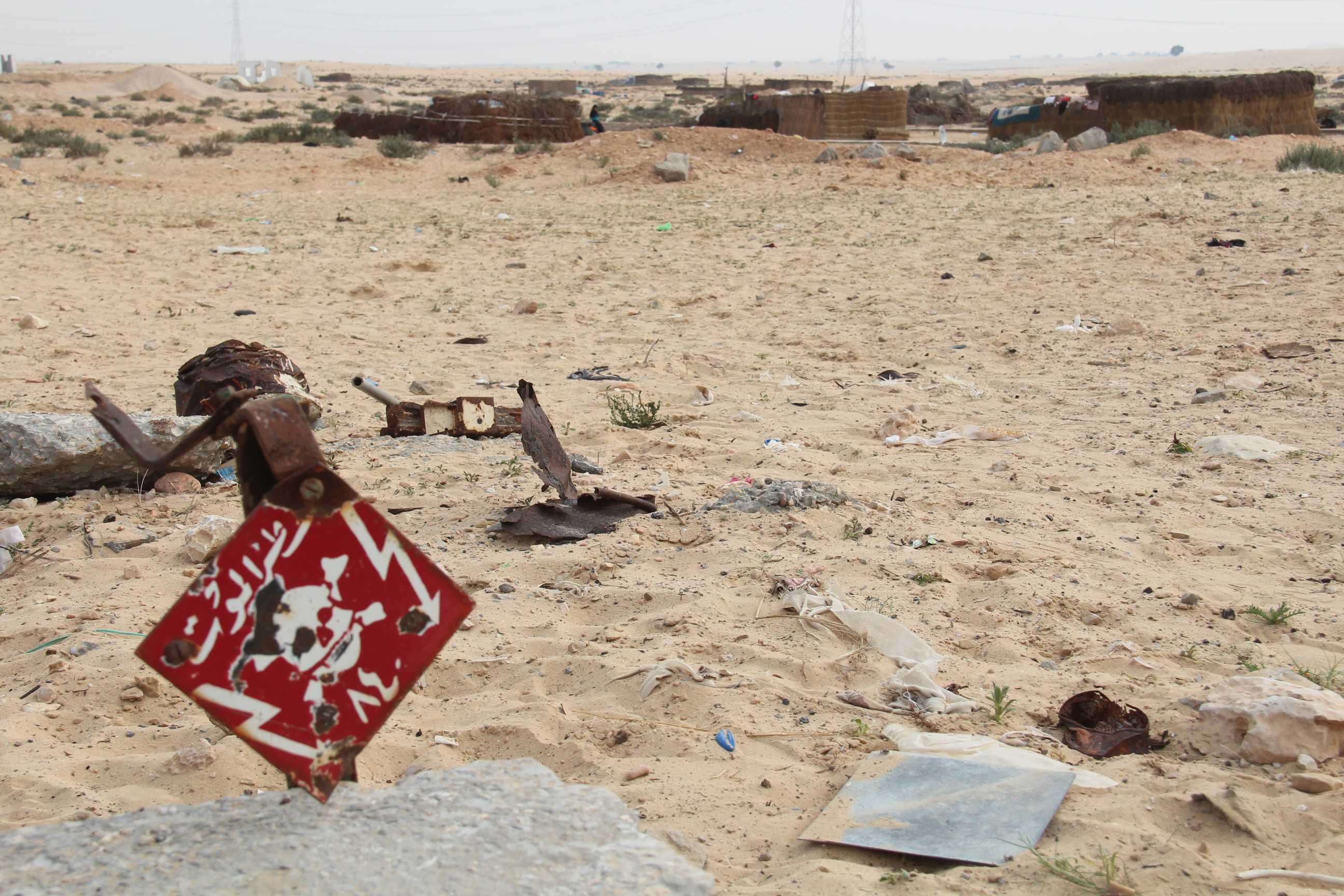 Many local sources who spoke to Mada Masr say that Rafah residents have come to believe that the state is attempting to drive them out of their villages and cities, pushing them to leave Sinai, a suspicion reinforced by the deterioration of living conditions in the area and the continuation of the four-year-long “war on terror,” which persists without any sign of an end to it on the horizon.

Additionally, many residents are accusing the state of attempting to evade its obligation to pay reparations for those they displace, which it made in 2014 when Rafah residents were asked by official order to evacuate for the creation of a buffer zone along the border and were promised compensation.

Ibrahim Mehleb, Egypt’s prime minister at the time, ordered the evacuation of homes falling within five kilometers of the Gaza border. The decree obliged the state to provide alternative housing and compensation for anyone evacuated from the area.

Of the five kilometers, only one was evacuated, and its residents were compensated to the tune of LE650 million, according to the North Sinai governorate’s official figures, an action not mirrored in other displacement incidents in other cities that have also been affected by the war with militant groups.

Eighty-one thousand residents live in Rafah and the 11 villages surrounding it, according to the last official state survey conducted in 2016. The number of residents has diminished significantly in the last few years, particularly after waves of displacement began at the end of 2014.

The only survey enumerating the number of displaced residents was conducted by the government and announced at the end of 2016, estimating that 12,861 residents from 5,324 families and from 68 communities in the cities of Arish, Bir al-Abd, and Hasna had been displaced.

Living conditions in Rafah are harsh. A number of residents report that water has not reached the city’s neighborhoods for three years. There are severe shortages in basic necessities, including food. Vegetable prices have increased dramatically, and a 20-liter can of diesel — fuel the residents depend on to generate electricity for several hours each day — has reached LE400, which is over five times the price diesel is sold for in Cairo. The city has been without power for two months.

Rafah and Sheikh Zuwayed have been under a nightly 5-pm-to-6-am curfew since October 2014. Residents have resorted to pleading with the authorities to allow food, especially infant formula and flour, to enter the city.

Makeshift homes are dotted along the side of the Arish-Qantara international highway. Each of them is inhabited by displaced North Sinai citizens who left their homes, farms and villages in Rafah and Sheikh Zuwayed when clashes between security forces and militants from the Islamic-State affiliated group Province of Sinai spiked in the winter of 2014. The exodus is ongoing.

The Tayra resident Mada Masr spoke with describes the displacement as difficult and harsh. “Us bedouins are intimately tied to the land we grew up on. It’s difficult to be separated from it,” he says. “The most difficult thing is the day you are severed from your roots.”

The resident, who witnessed citizens’ flight, says that the sand barricades that were set up by security forces along the entrance to the Rafah serve as a barrier between the city’s memories and an obscure future to its west.

Graffiti that reads “I’m coming back, Rafah” can be seen on the side of one building in the abandoned city that has become familiar with its inhabitants’ departures.

AD
You Might Have Missed
What we talk about when we talk about trees
Where do old lesbians go to die?
Mugamma revisited: Reimagining the building and the square
Carbon Colonies & A Green New Deal
AD
Mourad Higazy
19 articles on Mada

Topics
Related
Operation Martyr's Rights
14 days of a storm in July: Recounting what happened in Arish
Mourad Higazy | Arish residents speak of their confusion and fear during an intense security crackdown and loss of communication
suicide bombings
Suicide bombing kills Hamas policeman near Gaza-Sinai border
The attack comes after a decision by Hamas to intensify its security presence over Gaza’s borders with
Province of Sinai
Tribal recordings of alleged interrogation of Province of Sinai member sheds light on militant group’s structure
Alleged militant interrogation provides names and aliases of Province of Sinai members and leaders
North Sinai
Clashes escalate between Tarabin tribesmen and IS in North Sinai
Eight members of the Tarabin tribe were killed in ongoing clashes with Province of Sinai