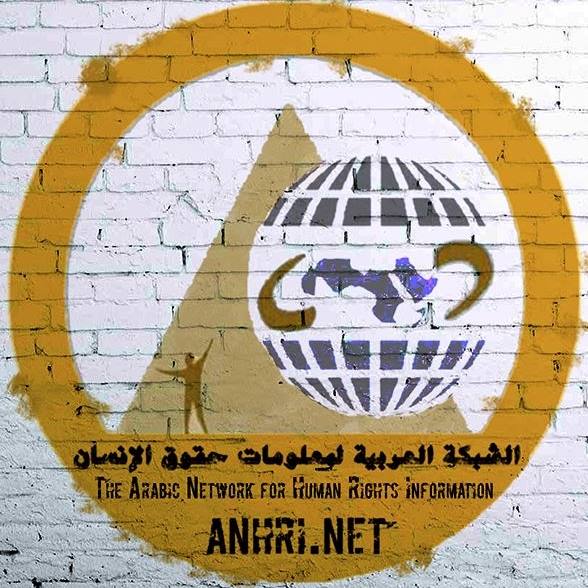 Internet users in Egypt can no longer access an additional two websites, after access to a human rights organization’s site and a journalist’s blog were barred on Egyptian internet service providers on Sunday, according to the Association for Freedom of Thought and Expression (AFTE). Sunday’s block brings the total number of blocked websites to 133.

Journalist Ahmed Gamal Ziada announced on his Facebook page that access to his personal blog was blocked on Sunday. It is the first blog to be targeted in the block campaign that began on May 24 and has affected media outlets of various leanings.

The Arab Network for Human Rights Organization (ANHRI) also announced that its website was blocked on Sunday, in what it described as the “introduction of a new ‘electronic’ campaign” that follows a security campaign “that uses the law as a shield” to target human rights workers.

ANHRI executive director Gamal Eid is among the defendants in the 2011 case accusing a number of NGOs of illegally receiving foreign funding, which was reopened in March 2016 when the state-owned Middle East News Agency reported that Cairo Criminal Court was due to review a ruling to freeze the assets of four defendants, including Mada Masr journalist and Egyptian Institute for Personal Rights founder Hossam Bahgat and Eid.

Publication of the weekly print issue of Al-Mesryoon newspaper was also suspended on Sunday. Gamal Sultan, the chief of the newspaper whose website was blocked in May, said that “unknown security sources” ordered the printing process to be suspended without giving any reason for the decision.

ANHRI’s website is one of the most prominent rights organization websites to have been blocked, with the notable other rights-focused websites being operated by Al Jazeera Center for Public Liberties and Human Rights, the Sinai Organization for Human Rights, and the Arab Observatory for Media Freedoms.

Addressing the move against Ziada’s blog, AFTE researcher Mohamed Taher told Mada Masr that the decision to block a personal website is a new development in the attack against freedom of expression. “All possibilities are open for further escalations,” he said, adding that it is difficult to speculate what authorities’ next steps will be, because the targets of the blocking campaign are diverse. He asserted that the campaign targets a certain type of content, regardless of the party producing it.

Ziada was previously arrested while covering clashes between Al-Azhar University students and police in December 2013. He was accused of protesting without a permit, belonging to the Muslim Brotherhood and assaulting police forces. He was acquitted after spending 500 days in prison.

Access to Mada Masr’s website was blocked on several of Egypt’s ISPs on May 24 along with 20 other websites. The state-owned Middle East News Agency (MENA) quoted a high-level security source as saying that the block was imposed on websites that disseminated “content that supports terrorism and extremism and deliberately spreads lies,” and that “legal procedures are being taken against the sites.” Mada Masr has neither directly been informed of any specific legal charges against it, nor has it been informed of the specific authority behind the block.

Topics
Related
freedom of the press
Youm7 petitions syndicate to discipline 3 of its journalists for ‘conspiring with Hezbollah-affiliated’ media
Youm7 files complaint with Journalists Syndicate to refer three journalists to disciplinary committee
freedom of the press
Belahmar blocked, bringing total number of blocked websites to 127
Access to leftist website Belahmar was barred on Monday, 60 days since the first batch of websites was
internet surveillance
24 hours later: What we know about the blocking of Mada Masr’s website
Mohamed Hamama | Where and how we're blocked, whether it could be legal, what the context is, and more
communications disruptions
Infinite eyes in the network: Government escalates attack on secure communication
There is a history of the state breaching private security, but something new may be coming