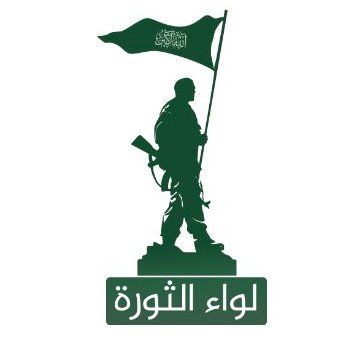 Islamist militant group Lewaa al-Thawra announced that is it not affiliated with the Muslim Brotherhood and has no intentions of pursuing a power takeover, in an interview published on Monday.

Lewaa al-Thawra is an Egypt-based militant group that was formed in August 2016, three years after the violent dispersal of two Muslim Brotherhood sit-ins in Cairo. The group has claimed responsibility of a number of attacks on security personnel since then.

In an interview with Qaaf, a Facebook page which reports on the activities of Egyptian militant groups, the group’s spokesperson answered questions submitted via social networking site ask.fm.

The rhetoric used in the interview differs from most mainstream jihadist overtones. Identified as Salah Eddin Youssef, the spokesperson said Lewaa al-Thawra does not consider state officials infidels, and does not base its operations on this notion. He added that their anti-state militant activities are merely political, asserting that the current government “seized power through illegitimate means.”

However, when one user asked whether the group’s targeting of police and Armed Forces officials is selective, Salah denied this saying he rejects the idea that police officers and soldiers are unable to defy orders given to them.

The spokesperson also denied assertions that Lewaa al-Thawra is associated with the banned Muslim Brotherhood group, which does not represent its school of thought. “Revolutions and the recent jihadist expansion necessitated a renewal within the Islamist movement,” he said.

The interview also addressed the Islamic State, which Salah criticized for causing too much bloodshed, saying it “does not represent the Muslim umma [nation], or even the jihadist currents or Islamist movements.”

Regarding democracy, he said that Lewaa al-Thawra believes that the Muslim community practices its own legitimacy and that leaders are only “deputies chosen by the umma, that can be ousted if they oppress the people.” Salah added that democracy is not the only way for the people to exercise their choice, calling for new means of governance that transcend democracy.

The group announced its first operation in August 2016 following an attack on a checkpoint in Monufiya governorate which killed two police personnel. The assassination of Brigadier General Adel Ragaei, the chief of the Armed Force’s Ninth Armored Division, in November marked Lewaa al-Thawra’s most significant operation to date.

In addition to the existence of the Province of Sinai, the Islamic State’s Egypt affiliate in North Sinai, local militant organizations, Lewaa al-Thawra and Hassm being the most prominent, have increased operations since the 2013 ouster of former Islamist President Mohamed Morsi. While little information is available on the nature of these organizations, they are widely believed to be associated with the Muslim Brotherhood organization.