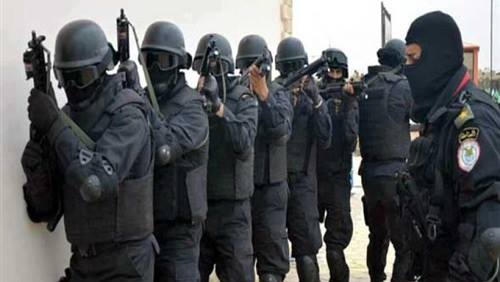 The Egyptian Interior Ministry announced on Wednesday that four suspects accused of being involved in an attack on security forces in the Giza town of Badrashin earlier this month were killed in an armed exchange.

The ministry did not mention when the confrontation took place but said it unfolded during an attempt to arrest the suspects from their hideout, according to a statement published on Wednesday.

The statement identified the deceased as Hassan Mohamed Abu Seria Atallah and Emad Salah Abdel Aziz Mohamed Gomaa, who took part in the execution of the armed attack, and Ahmed Rabea Ahmed Abdel Gawwad and Abdel Rahman Mohamed Abdel Gelil Mohamed al-Sawi, who undertook surveillance of the security forces that were attacked, according to the statement.

Newspapers had reported on Tuesday that an Ahmed Rabea A. – described as the mastermind behind the Badrashin attack – was arrested from his hideout in a desert area of Giza governorate. Media also reported that 3 suspects in the Badrashin case were arrested from their homes, but that their identities would not be revealed before the end of investigations.

The state-owned Al-Ahram newspaper quoted security sources last Saturday saying two of the perpetrators of the Badrashin attack were killed in a desert area close to Badrashin.

The police campaign against armed groups has intensified lately, with the interior ministry announcing the killing of a number of militants in several security operations, including most recently the killing of 8 militants police said were members of the Hassm militant group.

The interior ministry said last Friday that it killed two Hassm members in an armed confrontation in Fayoum governorate, south of the capital, hours after a shooting – which Hassm claimed responsibility for – that killed one Central Security Forces conscript and injured three others on Thursday night near a Fayoum police station.