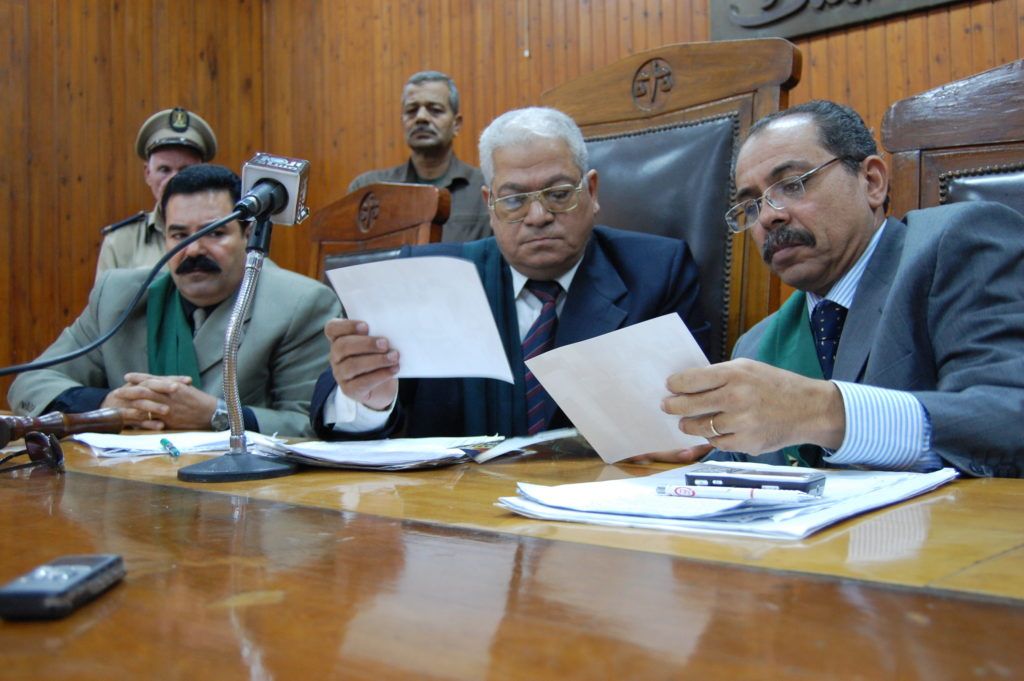 On Saturday, the Cairo Criminal Court issued death sentences for 28 out of the 67 initially defendants accused of involvement in the 2015 assassination of former General Prosecutor Hesham Barakat. Preliminary death sentences were handed to 30 defendants on June 17, at the time pending review by Egypt’s grand mufti.

“We are Egypt’s judiciary, we have nothing to do with politics; we rule in the case in accordance to evidence and observations,” said the lead judge in the case, Hassan Farid, in the court’s ruling statement.

The decision, issued by the Cairo Criminal Court, follows 36 court sessions beginning in June 2016. There are a total of 67 defendants initially accused in the case, 51 of whom have been standing trial, while the remaining 16 have been tried in absentia.

Different charges have been brought before the defendants, according to the order which referred the trial to the Cairo Criminal Court. Accusations include complicity in the assassination of former General Prosecutor Hesham Barakat, responsibility for the other deaths and injuries resulting from the attack and affiliation to an outlawed organization, in this case alleged to be the Muslim Brotherhood and its militant wings.

They are also charged with obstructing the provisions of the constitution, obstructing state institutions from performing their functions, and contacting Palestinian political movement Hamas and coordinating with them to conduct terrorist operations within Egypt.

During interrogations by the State Security Prosecution, the chief defendants were reported to have confessed in detail to the planning and execution of Barakat’s assassination. According to the prosecution’s findings, which are outlined in the defendants’ referral to trial, the confessions also mention their involvement in forming a specialized militant cell affiliated with an armed wing of the Muslim Brotherhood.

The defendants later on withdrew the confessions, claiming they were made in duress as a result of torture. The lawyer for several of the defendants, Monatser el-Zayat, corroborated their claims.

“Investigations have proved that the incident did take place and the court has accepted requests made by the defense, listening to 113 prosecution witnesses, and to the medical team in al-Nozha International Hospital, as well as to a tripartite committee of forensic doctors and the defense witnesses,” said the lead judge in the ruling statement on Saturday.

But defense lawyers asserted that the arrest and detention measures were invalid and illegal, as the defendants spent weeks in jail illegally before seeing the prosecution.

Barakat was killed on the morning of June 29, 2015 in a car bombing as his convoy left his residence in Heliopolis. Barakat and a number of others, including passersby, were killed in the incident.