Lawyer Mohamed Ramadan to remain in detention awaiting October retrial for inciting violence, due in court Tuesday over island protests
By
Mada Masr 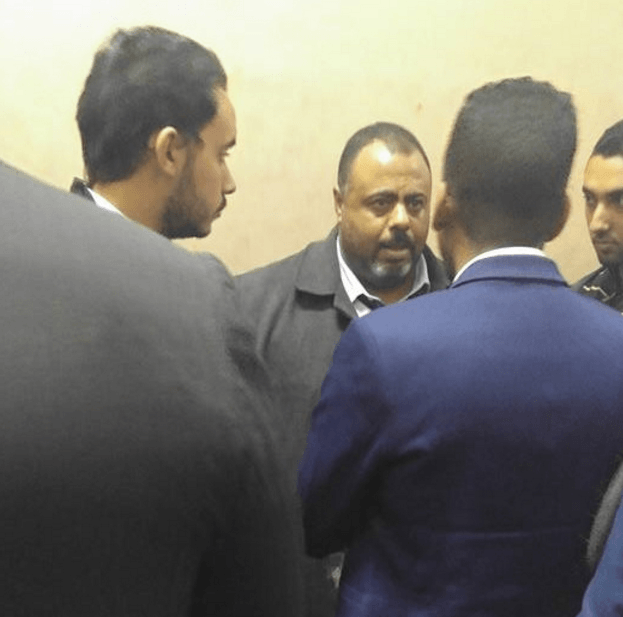 Alexandria Criminal Court adjourned the retrial of rights lawyer Mohamed Ramadan on Monday to October 10, after he was sentenced to 10 years prison in April for insulting the president, misusing social media and inciting violence. He is to remain in detention awaiting trial.

The court issued the 10-year sentence in April in Ramadan’s absence, as he was in hospital at the time, his lawyer Mahienour al-Massry told Mada Masr. He was also given an additional five years house arrest and a social media ban under Egypt’s 2015 anti-terrorism law, which includes probation measures for anyone propagating violent ideas or inciting violence via social media or though other mediums.

Ramadan was arrested in December at Montazah Police Station in Alexandria while undertaking his duties as a lawyer. The prosecution issued an arrest warrant based on a National Security Agency report, and later released him pending investigations.

He was arrested again from an Alexandria cafe on June 16 with two other men and accused of intending to protest and block the street. The prosecution ordered the detention of the three defendants, pending investigations.

Ramadan is also due to appear before Manshiya Misdemeanor Court on Tuesday in the first session of his trial in a third case, in which he has been charged, along with five other lawyers, with protesting against Egypt’s transfer of Tiran and Sanafir islands to Saudi Arabia in June in Manshiya.