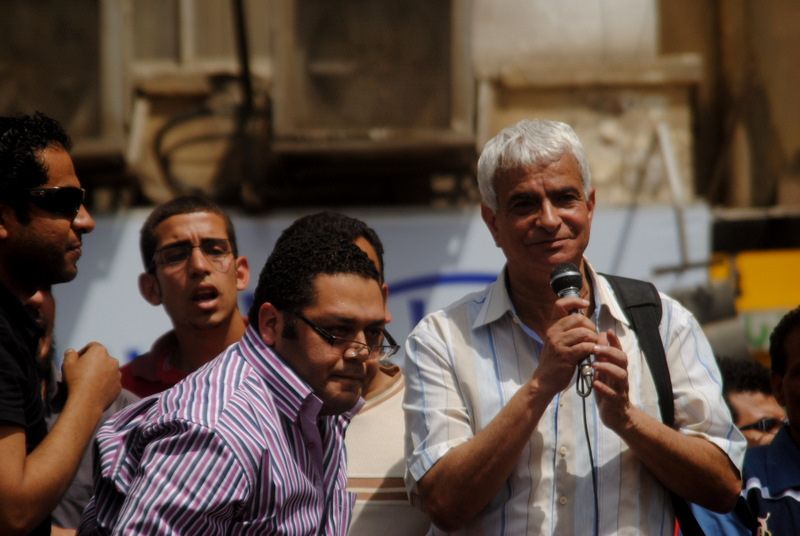 The Prosecution ordered the release of leftist activist Kamal Khalil on an LE2,000 bail on Friday. Khalil was arrested from his home on Thursday and interrogated without his defense team present, according to his lawyer Mahmoud Belal.

Khalil’s whereabouts were not known immediately following his morning arrest, prompting his wife Eman Helal to file a complaint with the public prosecutor about his disappearance.

Lawyer Mokhtar Mounir wrote in a Facebook post on Thursday evening that Khalil would be detained overnight and a decision made on Friday pending a national security report on the activist.

Police searched their home during the dawn raid, according to Helal, who posted photos of the house on Facebook after they left.

Khalil was briefly detained for almost an hour on June 13 after he took part in a sit-in inside the Journalists Syndicate protesting the ceding of Tiran and Sanafir islands to Saudi Arabia through a maritime border agreement. Security forces cracked down on the sit-in, briefly arresting several syndicate board members.

On Wednesday former ambassador Masoum Marzouk accused police personnel of forcibly searching his home in his absence in a Facebook post reading: “All the drawers are open, everything is scattered, but nothing was stolen. The message was received, but I did not read it.”

In a recent crackdown on political activists around 120 people were arrested, including several members of political parties, in relation to their assumed positions against the deal with Saudi Arabia.