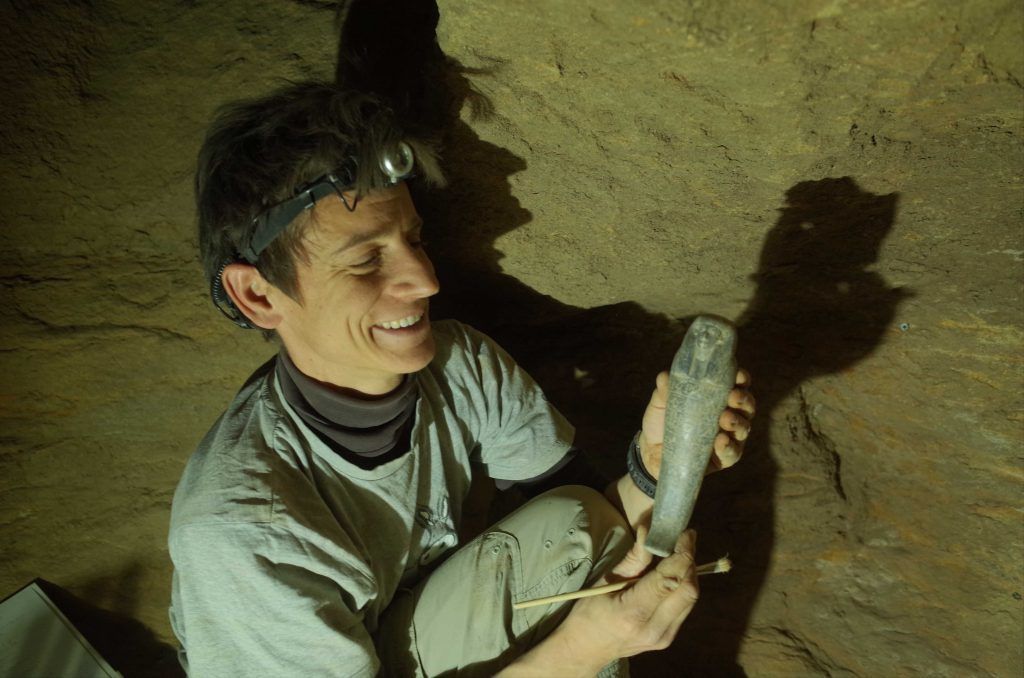 A 3,400-year-old-tomb reported to contain the mummified remains of at least 12 Egyptian gold workers has been excavated on Sai Island in Sudan.

The Across Borders research project told Live Science that the tomb on Sai Island, 200km from Egypt’s southern border with Sudan, dates back to Egypt’s New Kingdom (circa. 1150 BC – 1077 BC). The tomb was first discovered in 2015, but the team was only able to start excavating the site this year.

The primarily German research team said that the tomb contained the remains of over one dozen individuals, several of whom were mummified, and wooden coffins although their burial sites were not well preserved.

According to Julia Budka, professor of Egyptian archaeology and art history at Ludwig-Maximilians University in Munich and the excavation’s chief archaeologist, the tomb was built for a man identified as Khnummose. He is said to have been a master gold worker, and an unidentified woman thought to be his wife was buried by his side.

The other remains, believed to belong to those who lived and worked on Sai Island as gold manufacturers, were found in the tomb’s other chambers.

A number of artifacts were also discovered in the tomb, including the remains of gold funerary masks, a gold ring, scarabs, ceramic pottery and vessels and a small stone-carved Ushabti funerary statue.

Budka told Live Science that further studies and tests are being conducted on the mummified remains in hopes of better understanding the lives and working conditions of the workers on the island.

DNA samples have already been sent to the Department for Archaeogenetics at the Max Planck Institute for the Science of Human History in Jena, Germany for analysis. “If the DNA is preserved, this will help us a lot,” she said. “Otherwise, it all remains tentative.”

According to Across Borders Egyptians built settlements and fortifications in the historic region known as Nubia, including Sai island where they constructed an outpost and a gold mine.

Dr. Nasr Salama, the Antiquities Ministry’s general manager of artifacts in Aswan and Nubia, told Mada Masr that “ancient Egypt’s commercial influence spread into the far south and east of what is modern-day Sudan. The New Kingdom’s commercial presence even extended into the land of Punt (around modern day Somalia).”

Salama added that, unlike modern day territorial divides, “There was no real distinction between Egyptian and Sudanese Nubia.”

He added that ancient Egyptians invested heavily in mining and quarrying, in search of gold, silver, copper, iron, precious stones and salt, alongside other minerals and natural resource, leading expeditions stretching from modern-day Syria to Somalia.

The gold used to manufacture royal funerary masks primarily came from the region in southern Egypt, along the border with modern-day Sudan. He added that over the course of the last millennia, many of the ancient Egyptians mined for gold have been concealed by desert sand.

Topics
Related
archaeology
10 tombs and mummies dating back over 2,300 years unearthed in Aswan
The Antiquities Ministry announced on Thursday that a team of Egyptian archaeologists had unearthed 10
Egyptology
3,000-year-old tomb of royal scribe unearthed in Luxor
The 3,000-year-old tomb of a royal scribe was unearthed in Luxor by a team of Japanese and Egyptian archaeologists
cultural heritage
Keeping track of the artifacts: On the Egyptian Museum’s Registration, Collections Management and Documentation Department
Meredith Brand | A look at the Egyptian Museum’s remarkable Registration, Collections Management and Documentation Department.
archaeology
Introducing a series on Egyptology, archaeology and heritage management in Egypt
Meredith Brand | Neglect and mismanagement are accusations that permeate any discussion of Egypt’s cultural heritage.