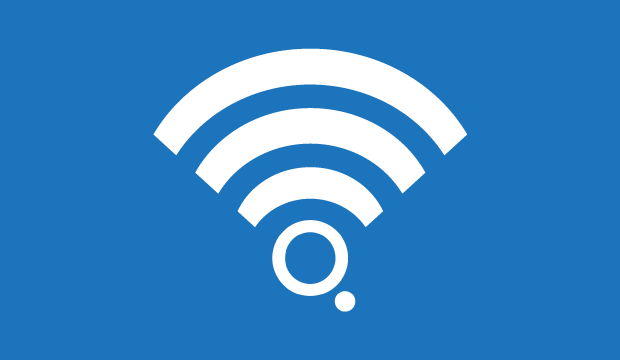 The block in access to 101 websites in Egypt carried out since May 24 has been undertaken as a centralized decision by the Egyptian government rather than by the country’s internet service providers (ISP), according to a high ranking source in the Communication and Information Technology Ministry.

The source who spoke to Mada Masr on condition of anonymity stated that TE Data had asserted that it has had nothing to do with the block in access.

If the government has taken a centralized decision to block access to website, it is likely being imposed at the Ramses Telecommunications Center in downtown Cairo, the primary internet access point in Egypt that is under the direct control of the National Telecom Regulation Authority (NTRA).

As of Tuesday, the number of websites to which access is blocked in Egypt had risen to 101, a figure that includes Mada Masr’s site, according to the latest figures published by Association for Freedom of Thought and Expression (AFTE).

The Open Observatory of Network Interference (OONI) – an international network operating under the Tor Project that monitors internet censorship, traffic manipulation and signs of surveillance – published a technical report on Monday asserting that Egypt’s ISPs have been imposing the block through the use of Deep Packet Inspection (DPI) technology and RST injection attacks.

DPI facilitates computer network packet filtering, the interception of online content, and internet data mining in order to identify the parties exchanging information and the nature of the information contained within data packets. A RST injection attack changes a unit in a data packet’s TCP (transmission control protocol) header, which directs the terminal points of the exchange to stop using the TCP connection and no longer send any more packets using the connection’s identifying numbers.

OONI’s data analysis focused on several of Egypt’s ISPs: Vodafone Egypt, TE Data (which is owned by Telecom Egypt) and Link Egypt (owned by Orange). According to the report, access to Mada Masr’s website remains blocked on all three ISPs over HTTP, while users can access to madamasr.com on TE Data over HTTPS.

OONI’s data analysis also revealed that Egypt is blocking the Tor Project’s website and bridges.torproject.org, a subdomain that provides users with Tor bridge relays, alternative entry points to the Tor network that are not all listed publicly.

Access to Mada Masr’s website was blocked on several of Egypt’s ISPs on May 24 along with 20 other websites. The state-owned Middle East News Agency (MENA) quoted a high-level security source as saying that the block was imposed on websites that disseminated “content that supports terrorism and extremism and deliberately spreads lies,” and that “legal procedures are being taken against the sites.” Mada Masr has neither directly been informed of any specific legal charges against it, nor has it been informed of the specific authority behind the block.

Days after the initial group of websites was blocked, OONI’s own site (ooni.torproject.org) was blocked as well.

The Egyptian government has resorted to mass surveillance over the last year, as documented in a January report published by Mada Masr.

The move to block access to websites and the interference in telecommunications in late 2016 – notably to Signal, the messaging and voice calling application supported by Open Whisper Systems’ encryption protocol – are part of a wider history of the state’s attempt to control the internet, a principal concern since the January 2011 revolution and one that has risen to the surface in numerous arrests made recently in connection with the administration of Facebook pages. The government is also currently preparing legislation to combat cybercrime

“Even in the darkest days of the repressive Mubarak era the authorities didn’t cut off access to all independent news sites,” Amnesty International asserted in a statement issued last week regarding the block. “With this move the Egyptian authorities seem to be targeting the few remaining spaces for free expression in the country. It shows just how determined the authorities are to prevent Egyptians from accessing independent reporting, analysis and opinion about Egypt. The authorities must immediately stop arbitrarily blocking news websites.”

AD
You Might Have Missed
What we talk about when we talk about trees
Carbon Colonies & A Green New Deal
Where do old lesbians go to die?
Mugamma revisited: Reimagining the building and the square
AD
Mohamed Hamama
84 articles on Mada

Topics
Related
website blocks
Block extends to four new websites, bringing total to 73
Access to Al-Manassa, Noonpost, Ida’at and 6 April on Egyptian service providers was blocked on Friday
freedom of the press
5 websites offering VPN services added to list of blocked sites in Egypt
63 websites have now been blocked in Egypt
internet surveillance
24 hours later: What we know about the blocking of Mada Masr’s website
Mohamed Hamama | Where and how we're blocked, whether it could be legal, what the context is, and more
communications disruptions
Infinite eyes in the network: Government escalates attack on secure communication
There is a history of the state breaching private security, but something new may be coming