Rights monitor: Police have arrested 60 opponents of the Tiran and Sanafir agreement
By
Mada Masr 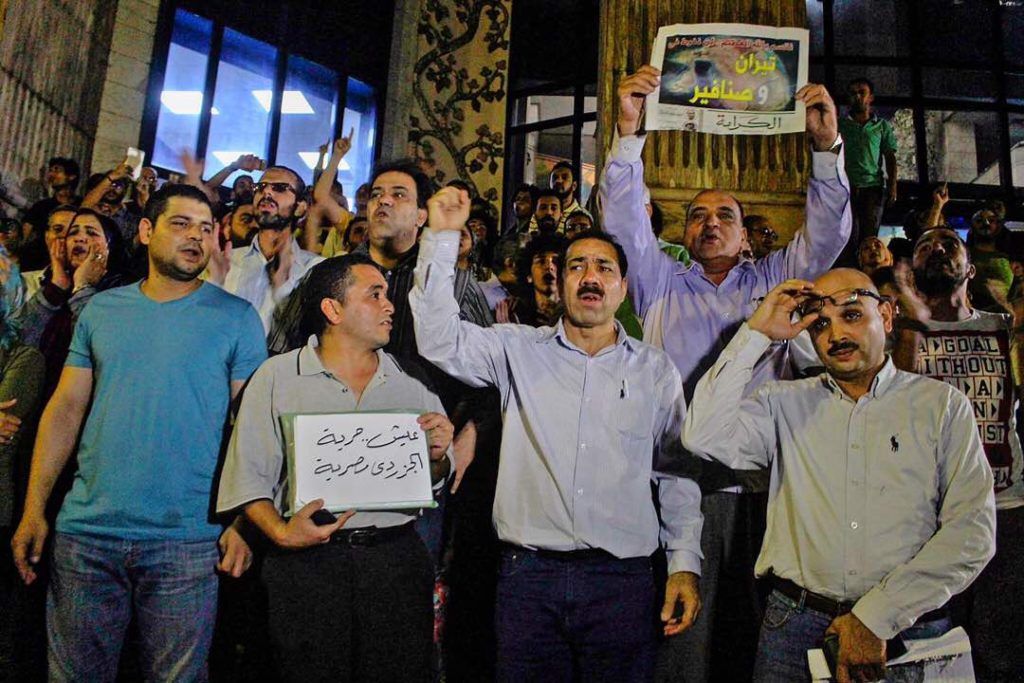 Police have arrested a total of 60 people connected to political action against the agreement to concede sovereignty over Tiran and Sanafir islands to Saudi Arabia, according to the Freedom for the Brave campaign.

Lawyer Mohamed Abdel Aziz told Mada Masr that those arrested come from several political parties, including the Socialist Popular Alliance Party, the Constitution Party, the Bread and Freedom Party, the Popular Current Party and the Karama Party, as well as from Egypt’s independent activist community, all of whom voiced their opposition to the agreement.

According to Abdel Aziz, security forces arrested many of the activists and party members from their homes, including Hassan Ahwany who is being questioned by the Dokki prosecution in Cairo and is being represented by Abdel Aziz.

Many of those arrested will be questioned by prosecutors on Friday, including six people who were arrested in Port Said and Tanta, according to the Front to Defend Egyptian Protesters.

The FDEP has added that activists Mahmoud Nagib and Israa Fahid face charges of incitement to protest and obstructing public transportation, and that three people arrested in Luxon on Thursday are in the National Security Agency’s custody. In Ismailia, Constitution Party member Ahmed Santos was questioned by the prosecutor, who has issued Santos a 15-day detention order pending an NSA report.

Abdel Aziz described the arrests as “ferocious,” saying security forces are attempting to prevent any mobilization against the Tiran and Sanafir agreement. The scope of the arrests, he asserted, is disproportionate to the protests that have taken place in reaction to the agreement.

Police arrested eight people in the proximity of the Journalists Syndicate’s headquarters in downtown Cairo on Wednesday night, which was the site of a protest against the Tiran and Sanafir agreement. All eight were released yesterday on LE10,000 bail.

Police also dispersed a demonstration on Wednesday in front of the Egyptian Social Democratic Party’s headquarters in downtown Cairo, barricading the protesters inside the building, according party member Ziad al-Eleimi.