10 tombs and mummies dating back over 2,300 years unearthed in Aswan
By
Mada Masr 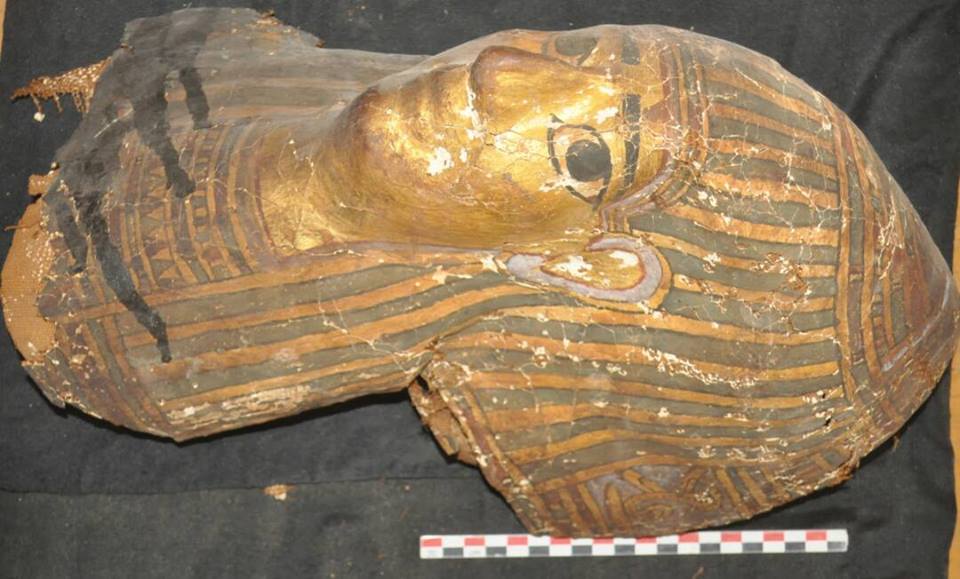 Read Tom Rollins and Does Vandousselaere on corruption and investment legislation

The Antiquities Ministry announced on Thursday that a team of Egyptian archaeologists had unearthed 10 tombs, mummies and funerary masks in Aswan dating back at least 2,300 years. According to an official statement issued by the ministry they date back to ancient Egypt’s late period (Circa 664 BC – 332 BC) and were discovered near Aswan’s landmark Agha Khan Mausoleum, located on the west bank of the Nile.

Citing Sayyed al-Rawi, the chief archaeologist presiding over the excavation, the ministerial statement reported that the tombs are similar in terms of their simple architectural designs and layouts. All were carved into the earthen rock, with rock-hewn stairs descending into the entrances of simple burial chambers. Rawi added that further studies are soon to be conducted, and reparation and restoration efforts to be undertaken in the next few months.

The statement adds that they are an extension of the western Aswan (formerly known as Swenett) necropolis, discovered in the 1900s, in which some of the most prominent governors and administrators of the city were buried. The owners of the tombs are believed to be from a class of nobles who resided in Swenett, although this has not been officially confirmed.

In an interview with Mada Masr, the ministry’s chief of antiquities in Aswan Nasr Salama commented that “all that is presently known about these ten newly discovered tombs is that they belong to individuals from the late period.”

Burials in the necropolis took place over an extensive period of time, approximately 2,000 years – from the Old Kingdom (Circa 2686 BC – 2181 BC) to the late period, according to Salama.

“Ancient Egyptians would typically bury their dead deep within the desert. Yet this was not the case in Aswan, as we can witness from this latest archaeological discovery,” said Salama. “In Aswan, such burials usually took place by the rocky hills immediately overlooking the Nile, with tombs often being carved into the rock.”

Salama added that there were some inscriptions within these tombs, “through which we hope to learn the names, and identities,” in addition to the social status and professions of these individuals, although this information will take time to decipher.