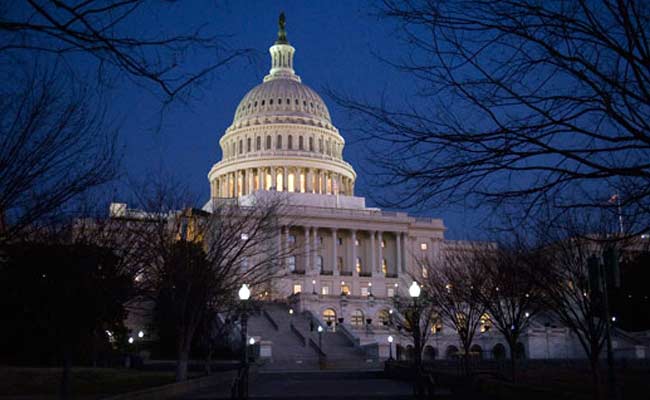 US Republican Senators John McCain and Lindsey Graham criticized the recent approval of Egypt’s contentious NGO law, deeming it “draconian legislation” that seeks to regulate the work of nongovernmental organizations, in a statement on Wednesday

Both senators met President Abdel Fattah al-Sisi during his official visit to Washington DC in April, following a period of tense relations between the two countries since the military-led ouster of former President Mohamed Morsi in 2013.

“The law effectively bans the work of human rights groups and makes it harder for charities to operate at a time when Egyptian citizens are more in need of their services than ever before. It also violates Egypt’s stated commitment to protecting constitutionally guaranteed rights including freedom of assembly and association,” McCain and Graham said.

The senators made particular reference to an ongoing Egyptian investigation in which several rights groups and defenders have been accused of receiving illegal foreign funding. Both senators previously condemned the law when it was approved by Egypt’s Parliament in November.

“We have repeatedly raised this issue with the Government of Egypt and asked them to resolve Case No.173, and adopt a law that would enable Egyptian and international NGOs to operate without severe restrictions in the country. This legislation further impedes any resolution to this case and makes clear the government’s intent to eradicate civil society,” the statement added.

Sisi approved the law on Monday and published it in the official gazette, six months after it was hastily approved by parliament in November.

Prime Minister Sherif Ismail now has two months to issue any bylaws, and all NGOs and other groups engaged in social work will have one year from May 30 to register, in accordance with the still-to-be-formed National Authority for the Regulation of Non-Governmental Foreign Organizations.

Both senators said Egypt’s human rights record should be considered before determining future US aid to Egypt.

“As we have stated previously, with this law in place, Congress should strengthen democratic benchmarks and human rights conditions on US assistance for Egypt.”

Deputy Director for Policy at the Project on Middle East Democracy (POMED) Cole Bockenfeld told Mada Masr previously that 15 percent of US aid is conditional on human rights and governance, including signs that the Egyptian government “is taking effective steps to protect freedoms of expression, association and peaceful assembly, including the ability of civil society organizations and the media to function without interference.”

According to Bockenfeld, it will be up to Secretary of State Rex Tillerson to either waive or enforce these conditions regarding future US aid.

Despite the Trump administration’s proposal to grant Egypt US$1.3 billion in military aid, it remains up to congressional appropriators whether Egypt receives this aid or not, and what conditions need to be met before it is released.

US Senator Lindsey Graham, a key member of the US Senate Appropriations Committee, strongly criticized the NGO law in December, saying, “Should President Sisi sign into law this draconian legislation, we will endeavor to strengthen democratic benchmarks and human rights conditions on US assistance for Egypt in fiscal years 2017 and 2018.”

Amnesty International similarly condemned the law in a statement on Tuesday, describing the approval of the law as a “catastrophic blow” to the work of civil society organizations in Egypt.

The law, a copy of which Mada Masr has obtained, includes all 89 of the articles that Parliamentary Speaker Ali Abdel Aal read out during the vote in November, including those that have been criticized for restricting the work of Egypt’s civil society.

The law makes provision for the creation of a new national authority — the National Authority for the Regulation of Non-Governmental Foreign Organizations — whose mandate will extend beyond monitoring foreign organizations to include monitoring all NGOs who receive funding from international sources and verifying that these organizations are spending the money they receive in approved ways. The law also stipulates that the authority must be notified about local funding sources.

The National Authority for the Regulation of Non-Governmental Foreign Organizations is to be formed through presidential decree, will be headed by a full-time president, and will include representatives from the ministries of foreign affairs, defense, justice, interior, international cooperation and social solidarity. The General Intelligence Services, the Central Bank of Egypt and the government’s money laundering unit will also be represented in the organization.