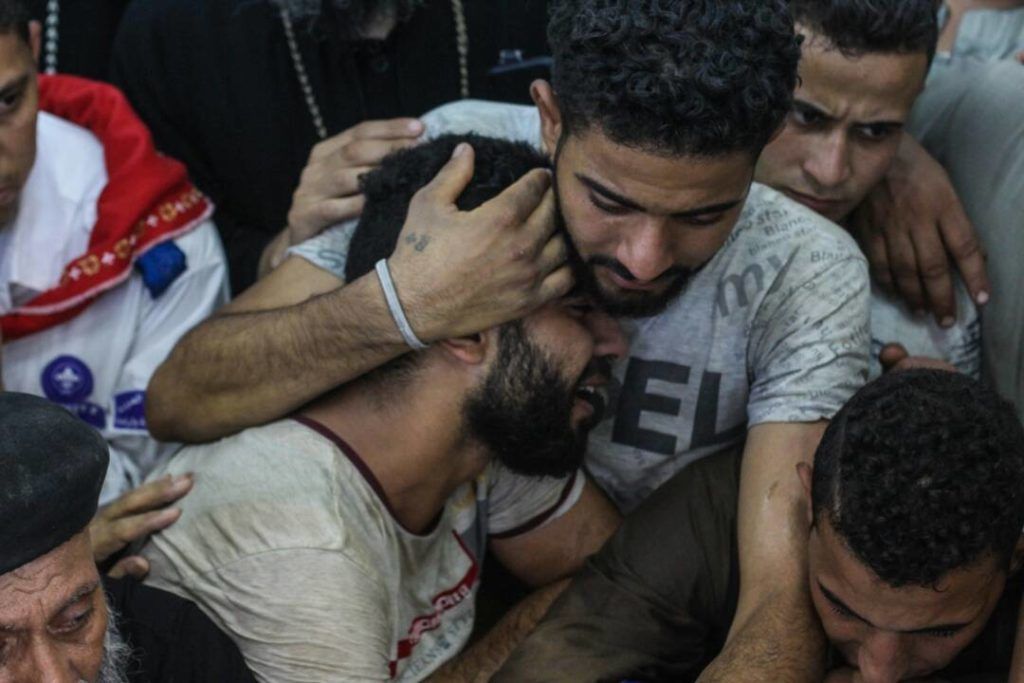 The Islamic State claimed responsibility for the attack on vehicles carrying Coptic Christians to a monastery in Upper Egypt’s Minya governorate in a statement released on Saturday.

Armed militants stopped two vehicles traveling along a small road that connects the Western Desert Road with the St. Samuel Coptic Orthodox Monastery on Friday morning and opened fire on the passengers.

The Health Ministry puts the current death toll at 28, while the IS statement asserts that over 31 Copts were killed in the attack and 24 others injured.

Minya has been the site of repeated sectarian violence since the violent dispersal of the Rabea al-Adaweya and Nahda Square sit-ins following the ouster of former President Mohamed Morsi in 2013.

President Abdel Fattah El-Sisi convened a security meeting in the wake of the attack, and, addressing the nation on Friday night, said: “Daesh is sending Christians a message, saying ‘The state is not providing enough protection for you. You are not safe in Egypt.’”

The Egyptian Armed Forces carried out retaliatory air strikes in Derna, Libya. According to a statement issued by the Egyptian Armed Forces’ spokesperson “The Air Force executed a focused airstrike against terrorists groups in Libya after confirming their role in the planning and execution of the terrorist attack that took place in Upper Egypt’s Minya.” The statement added “The operation is still ongoing.”

However, the city is currently controlled by Al-Qaeda affiliated Mujahideen Shura Council fighters. The city is also sought after by Sisi’s ally and Libyan military general Khalifa Haftar.

The LNA Air Force released a statement confirming that the operation was one in a series of planned attacks organized in collaboration with the Egyptian Air Force aiming to clear a path to take over the city.

Haftar met with Sisi in Cairo earlier in May, and received the Egyptian chief of staff Mahmoud Hegazy in Benghazi a few days later. The details of the meeting remain unclear.

The Egyptian military spokesperson’s official Facebook page also published a video on Saturday depicting footage of the airstrikes. The accompanying statement said that the soldiers who took part in the operation have returned safely to Egypt.

The Islamic State has carried out several similar attacks in the recent months, announcing its intentions to continue targeting Copts in an article published in its affiliate magazine Al-Nabaa in early May. It claimed responsibility for the twin bombings of the St. George Coptic Orthodox Church in Tanta and St. Mark’s Church in Alexandria in April, killing 19 and 29 respectively. Sisi declared a three-month state of emergency following the attacks.

Province of Sinai has frequently targeted Coptic Christians in Northern Sinai, forcing hundreds of families to relocate to other governorates in February.