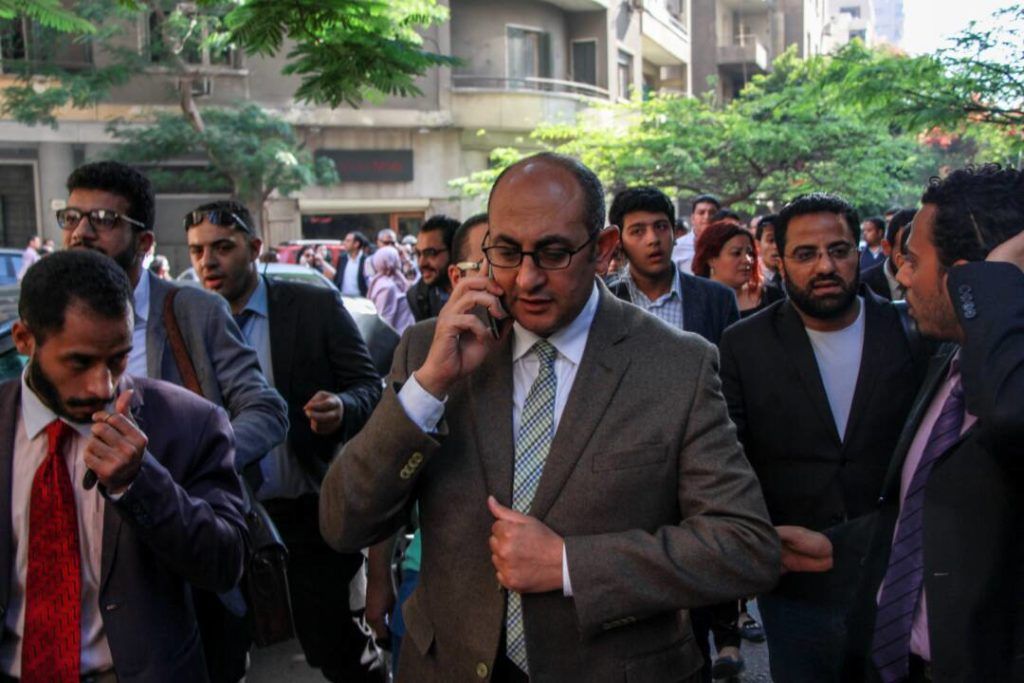 Prominent lawyer and founder of Egypt’s Bread and Freedom Party Khaled Ali will face urgent trial at a Dokki Misdemeanor Court on Monday May 29 on charges that are not yet clear.

Ali was detained overnight Tuesday at Dokki police station before he was released on LE1,000 bail Wednesday afternoon.

His lawyers maintain there is no legal basis for his trial, speculating as to what the charges against him might be. He was questioned for perceived “public indecency” over his use of “an indecent hand gesture” following court proceedings on the ceding of the Tiran and Sanafir islands to Saudi Arabia.

If Ali is found guilty on charges of public indecency, he will not be able to run for president in 2018, lawyer Negad al-Borai told Mada Masr.

Before his release from Dokki prosecution on Wednesday, 66 lawyers showed up to support him, along with other prominent figures, such as the former head of the Central Auditing Authority Hesham Geneina, former ambassador Masoum Marzouk and journalist Khaled al-Balshy. 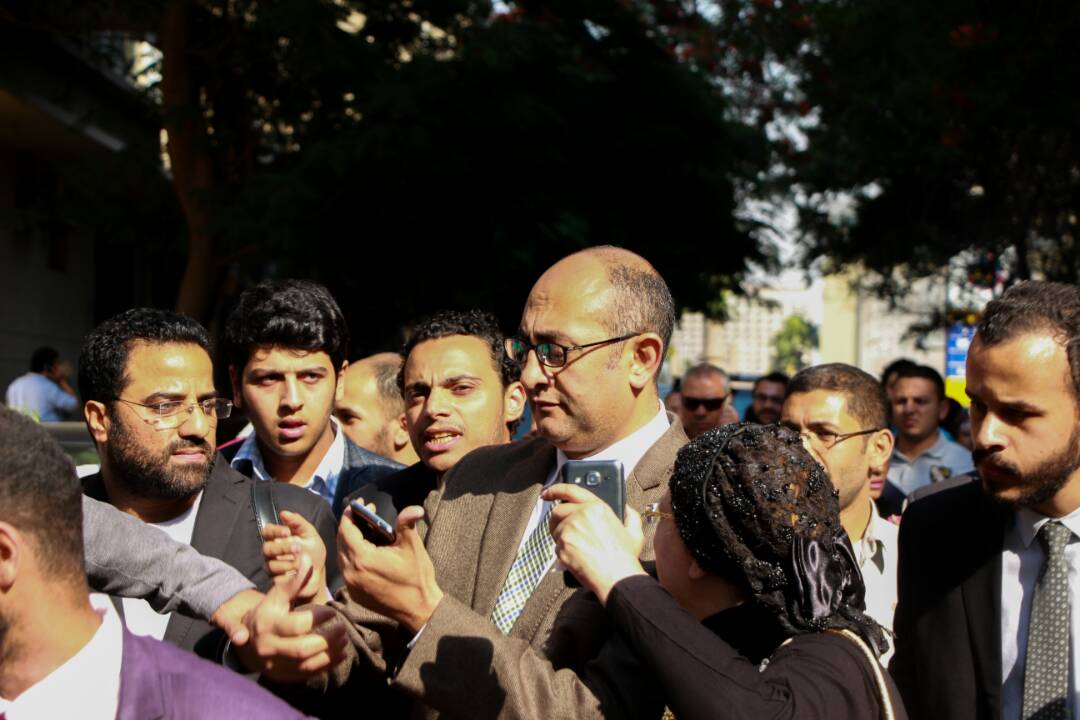 A source, who spoke to Mada Masr on condition of anonymity, said the prosecution refused to present Ali with the evidence against him, and that he responded by using his right to remain silent throughout the investigation.

The rights lawyer was prominent in the judicial appeal against the government’s decision to cede the Red Sea Islands of Tiran and Sanafir to Saudi Arabia, which Egypt’s Supreme Administrative Court recently determined would not be transferred. He also ran for president in 2012.

Ali’s detention comes amid a wave of over 30 arrests in recent weeks targeting members of several of Egypt’s political groups and parties, including the Dostour Party and the Bread and Freedom Party, along with members of the Egyptian Social Democratic Party, the Revolutionary Socialists and the April 6 Youth Movement.

Both the Dostour Party and Revolutionary Socialists released statements in support of Khaled Ali after his arrest and expressed their solidarity with the Bread and Freedom Party.