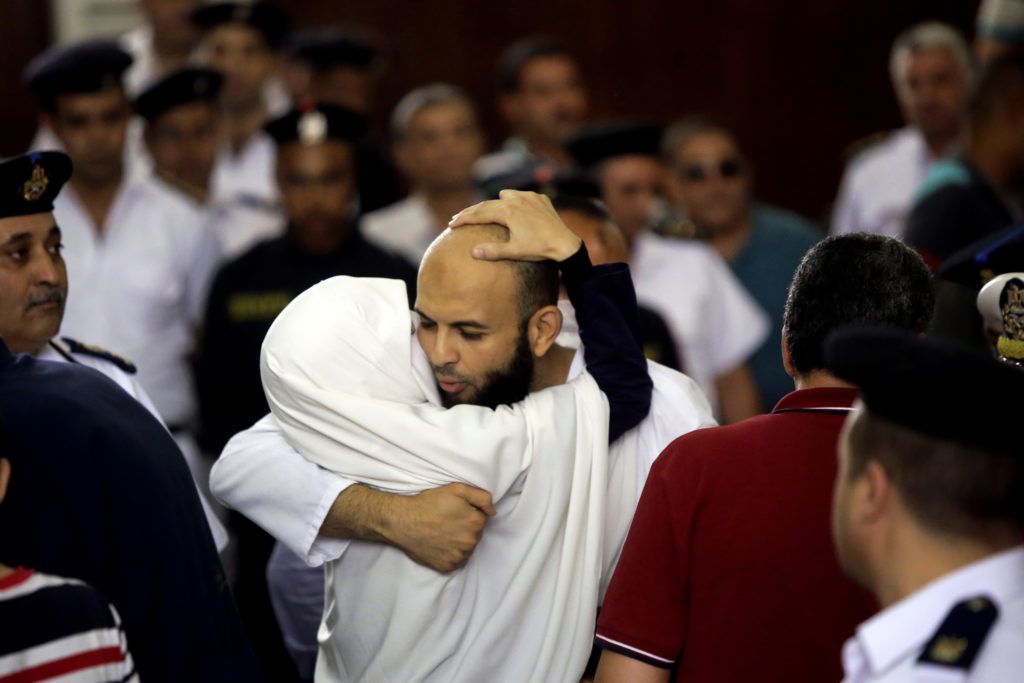 A Cairo criminal court ordered an investigation on Saturday into allegations by defendants in the Rabea al-Adaweya sit-in dispersal case of mistreatment in prison.

The ongoing trial has been adjourned to May 30, pending a report on videos documenting the violent dispersal of the pro-Muslim Brotherhood sit-in in August 2013, and a response from Egypt’s Central Security Agency.

The court requested a list of defense witnesses during the hearing on Saturday, in order to determine who to call to testify. New amendments to Egypt’s Penal Code, which have been heavily criticized by rights activists, came into effect at the end of April this year, permitting courts to selectively hear the testimonies of witnesses, as long as they can explain why.

After examining Shawkan’s medical report, the court ruled that he would not be released on medical grounds, although defense lawyers have not yet been supplied with the report.

The photojournalist was arrested along with two foreign journalists while covering the sit-in dispersal in 2013. Although the two foreigners were quickly released, Shawkan remained in detention for over 700 days before facing charges. His health is deteriorating and he has been reportedly denied access to medication, despite suffering from Hepatitis C. According to a report issued by Amnesty International, Shawkan has faced torture and ill-treatment while in jail, and his lawyers have been denied full access to key documents in his case.

There are a total of 739 defendants in the case, including several prominent members of the banned Muslim Brotherhood group and affiliated organizations, who face charges of forming an illegal gathering, vandalism and premeditated murder, among others.

In a previous hearing on February 25, many of the defendants in the case (excluding Shawkan and 11 others) were sentenced to a year in prison for contempt of the court, after one of them yelled “murderer” at one of the prosecution’s witnesses from Egypt’s Central Security Forces during the session.

According to a report released by Human Rights Watch, the violent dispersal of the sit-in led to the killing of at least 817 individuals, “more likely at least 1,000.”