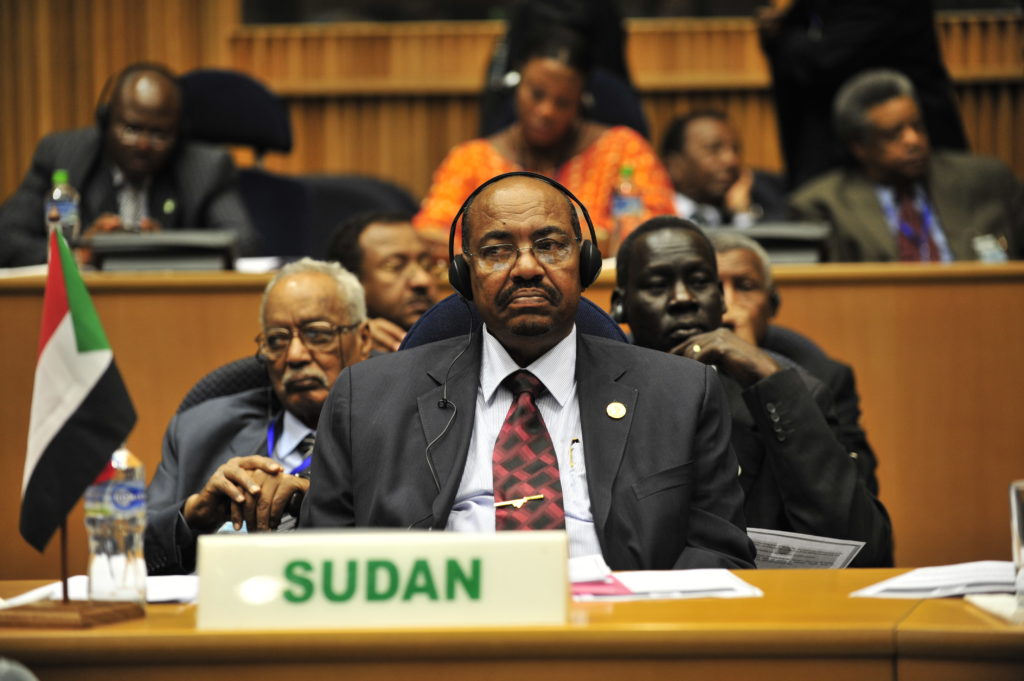 Sudanese President Omar al-Bashir asserted that Sudan continues to be patient with the Egyptian government despite its “occupation” of the Halayeb Triangle in a televised interview with Al Jazeera on Monday. Both countries have laid claim to the disputed area which lies on the Egyptian-Sudanese border.

Bashir declared that the Egyptian media is constantly working to harm Sudan’s reputation, even though, he claimed, both Egypt and Sudan are being “targeted” by foreign powers, adding that any rifts between the two countries only serve the interests of the “enemies” of the Arab and Islamic world.

Mada Masr published a detailed report in May outlining the political feuds between Egypt and Sudan, including the historic territorial dispute, which dates back to 1956, over the Red Sea towns of Halayeb, Shalateen and Abu Ramad and the land located to the west of this coastal strip. Sudan has lodged a formal complaint and memorandum to the United Nations including the lines of demarcation of along its northern border encompassing the Halayeb Triangle.

Egypt’s Foreign Ministry responded to Sudan’s claim of sovereignty, rejecting the border and the memorandum submitted to the UN which describes Egypt’s presence in the territory as an “occupation.”

In a 2015 interview with the Al-Arabiya satellite channel Bashir reiterated Sudan’s claims over the area, calling for an international response condemning Egypt after it created a new electoral circuit for Halayeb and Shalateen. Khartoum had previously declared the area a Sudanese electoral district in 2014, demanding that parliamentary and presidential elections be held there.

The dispute further intensified in April when a contingent of Sudan’s Armed Forces crossed into the Halayeb Triangle and abducted three Egyptian citizens who were employed near a border outpost to install sensors and monitoring devices. They were taken across the border into Sudan.

Cairo has repeatedly sought to exert political pressure on Khartoum through a host of diplomatic platforms, however Sudan continues to assert claims over the territory.

Khartoum has also leveled accusations against Egypt throughout the dispute, most recently accusing Cairo of seeking to foster instability via South Sudan, and trying to undermine the political system by extending financial and trade sanctions imposed on Sudan by the UN’s Security Council. Egypt has denied these claims.

Topics
Related
Egypt-Sudan relations
Egypt bans 2 Sudanese journalists from entering the country
Egypt banned Taher Saty, from Al-Intibaha newspaper, and Iman Kamal Eddin, from Al-Sudani newspaper,
Egypt-Sudan relations
Egypt and Sudan schedule talks following escalation of Halayeb dispute
The talks were scheduled 2 days after a committee was formed to develop guidelines for removing Egyptians
Egypt-Sudan relations
Sudanese authorities arrest 13 Egyptians said to be Muslim Brotherhood members
“Some of the detainees may be deported,” and several of them are facing heavy sentences back home
Egypt-Sudan relations
Sudanese president threatens to resort to UN Security Council over Halayeb, accuses Egypt of harboring opposition members
In a televised interview the Sudanese president threatened to take the Halayeb land dispute to the Security