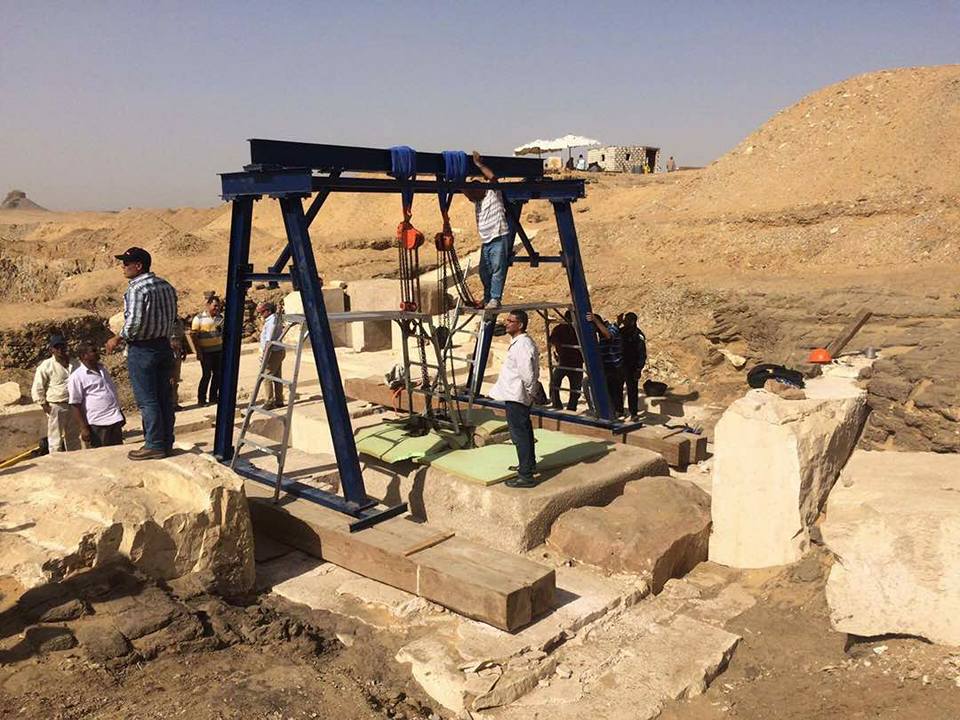 A team of Egyptian archaeologists unearthed a tomb at the Dahshur royal necropolis dating back approximately 3,800 years.

The tomb was discovered 600 meters away from the pyramid of King Ameny Qemau (who reigned circa 1793 – 1791 BC) that was discovered last month, and is thought to belong to his daughter.

The entrance to the chamber was previously obscured by a large slab of stone weighing around 13.6 tons.

A wooden box covered with gypsum was found in the tomb, decorated with hieroglyphic inscriptions. Inside were four canopic jars, reportedly containing the remains of the deceased’s liver, stomach, intestines and lungs. 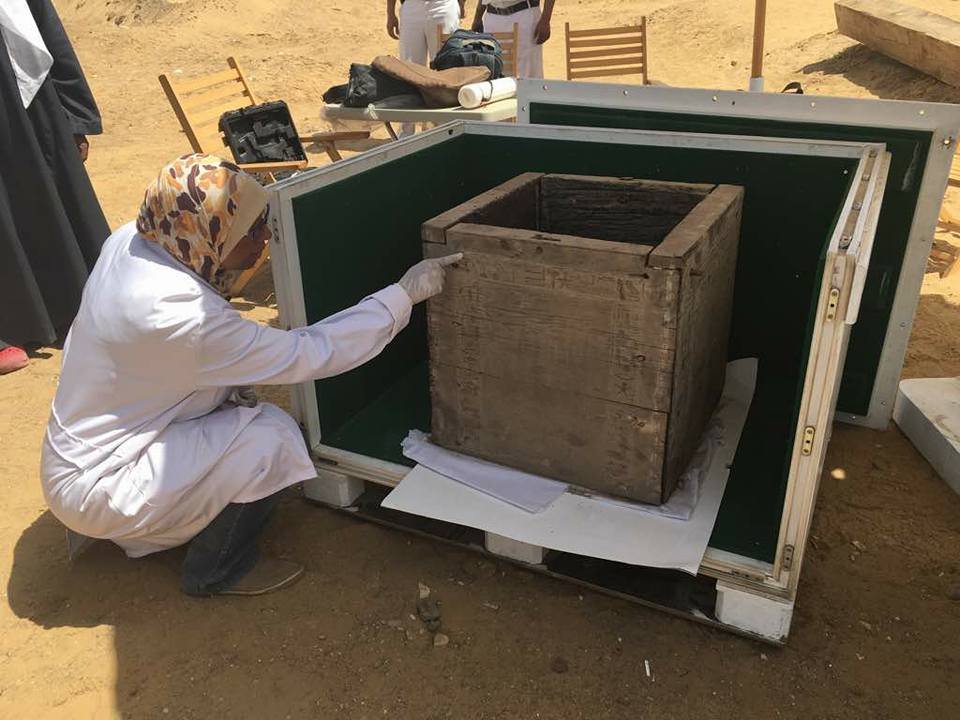 A poorly preserved sarcophagus was also discovered in the tomb, along with skeletal remains, gold flakes and a carved stone lantern, the Antiquities Ministry reported.

The Ministry first announced the discovery of the Dahshur necropolis pyramid in early April. It is believed to be the second pyramid belonging to King Ameny Qemau, of the 13th dynasty (1800 – 1600 BC), about whom little is known. The first pyramid belonging to the king was unearthed in 1957.

The pyramid is unique in that its construction took place around 900 years after the well-known Red Pyramid and Bent Pyramid of King Snefru were built. The vast majority of Egypt’s pyramids (of which there are between 118 to 138) were constructed during the Old and Middle Kingdoms, most commonly in the period between the 3rd and 12th dynasties (from around 2700-1800 BC).

Studies and excavations in the area surrounding the pyramid are ongoing, the Ministry said, in the hope of better understanding the history of King Qemau’s rule.