Standing in a Tunisian marketplace holding a blue abaya to her chest, a Swiss woman called Jasmin poses for a photo, smiling unenthusiastically at Mohsen Ben Hassen, the Tunisian father she hasn’t seen in 22 years. Capturing this awkward moment is Dutch filmmaker Alex Pitstra, Jasmin’s older half-brother and the result of Ben Hassen’s first marriage to a Dutch woman called Anneke. Meanwhile, Imed, Mohsen’s brother (who also has a son in Sweden), is negotiating with a shopkeeper for a lower price, “Next time I’ll bring our German relatives,” he promises. “They will all become your clients.” 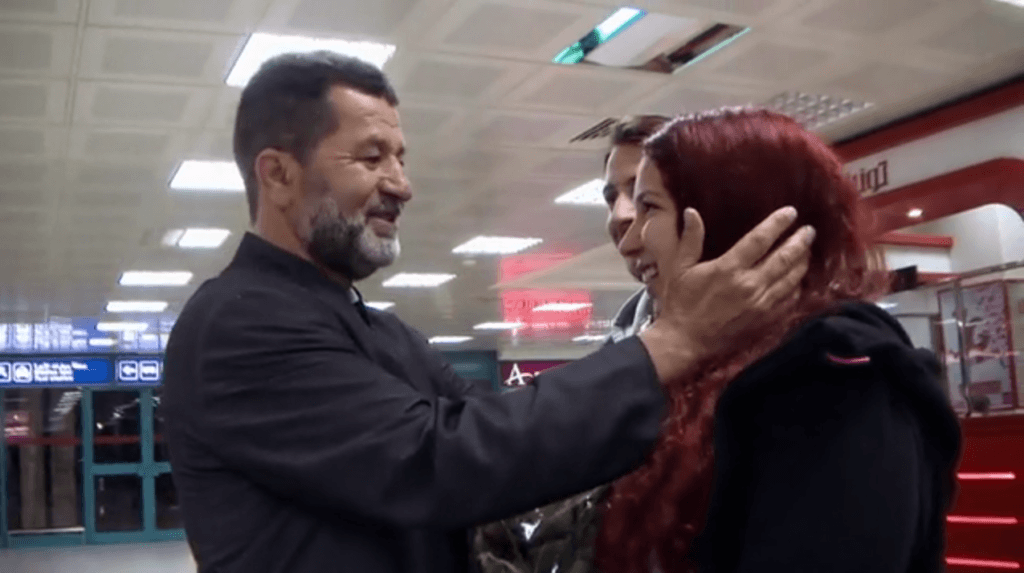 Much of director Alex Pitstra’s feature-length documentary Bezness as Usual (2016) devotes itself to uncovering the complex family tree of the Ben Hassen family, of which he is a reluctant member. Made up of shaky handheld shots, with some stylized sequences and old home videos in between, the film manages to look both improvised and intentional. Filmed over the course of 10 years during the filmmaker’s visits to his long-absent father in Tunisia, the film, which screened as part of Zawya’s Cairo Cinema Days, throws you into the awkward fray of familial reunions — directly but with nuance and tenderness.

“Bezness,” the Arabization of the word “business,” took on a specific meaning in 1970s Tunisia. It referred to young, often attractive, Tunisian men who charmed foreign women on vacation. In the seaside city of Sousse, Alex’s father and his two brothers were pioneers of this endeavor. “Can I say you were a bit of a Casanova?” Alex asks his elder uncle Salem, who is rarely seen without his slick black shades.

“No, you can say gigolo,” says Salem, with something of a film-mobster affectation. “I was a nice gigolo, beautiful.” Later he adds: “Of course, everybody was poor. This was one way, and I didn’t want to steal.” Then he quickly diverts into a “my country is beautiful, it’s a nice country” refrain. 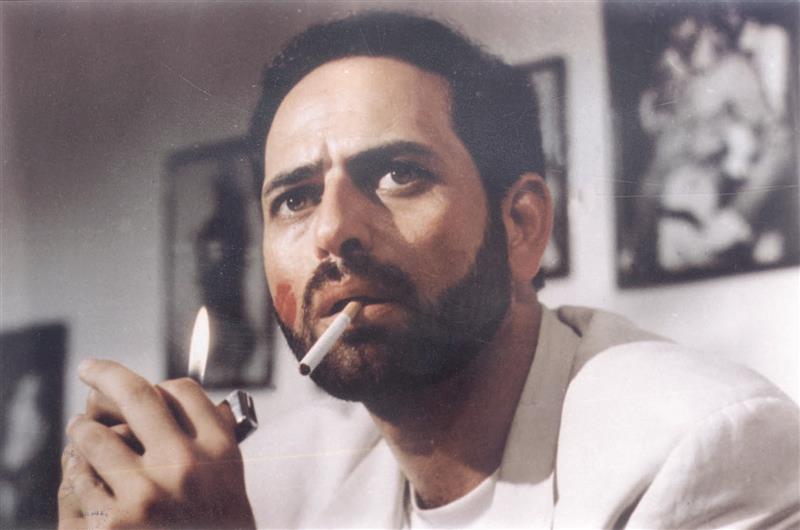 A still from Romantica

Our local version of this same phenomenon was explored in 1996 by Zaki Fateen Abdel Wahab in his fiction film Romantica, about a group of Cairo’s kherateya, the name given to young men who befriend and sometimes exploit tourists. While Fateen’s film explores similar themes, a sense of purposeless and desperation abounds, and its characters all meet unfortunate ends. Pitstra’s film, on the other hand, is not interested in simple moralistic tales.

This is not the first time Pitstra has turned the camera on his family, having recruited his father to play the character of the father in his 2013 directorial debut Die Welt, which blends documentary and fiction to tell the story of a frustrated young Tunisian man, who, after meeting a Dutch tourist by chance, dreams of a fulfilling life in Europe. That film served as an imaginary exercise in the trajectory his life could have taken had he grown up in Tunisia, and it introduces the themes developed further in Bezness, even utilizing some of the same family home videos.

Alex’s father Mohsen does indeed have a merry and easygoing manner in front of the camera, which creates many of the film’s more comedic moments. But as the story progresses, we begin to see Alex’s own confusion regarding this man, a “nice man who tries his best, but who also wants things from me, manipulates me.” How can Alex reconcile this loving, excitable person with the image of the loafing philanderer his mother describes marrying, with the well-intentioned but opportunistic father figure who swoops in to ask the now adult Alex for investment capital and “pocket money” — to which Alex responds, laughingly and lovingly, “Pocket money? What are you, my son?” 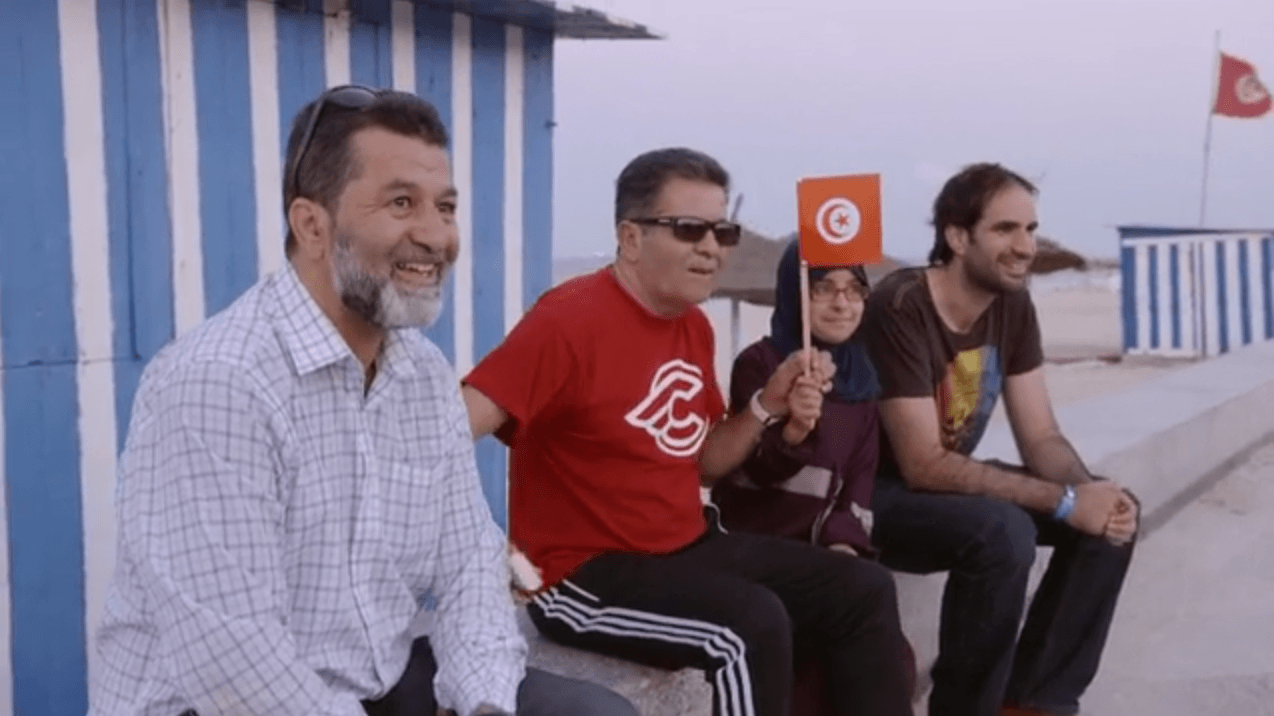 But the film is not all roses and reconciliations. As Monia, Salem’s half-Swedish daughter, waits to meet him for the first time, she remarks that she feels like “a kid on Christmas waiting for Santa Claus.” This feeling of childlike anxiety resonates beyond their story, to any parental relationship fraught with estrangement and a need for acceptance. There is also palpable tension between Mohsen and his daughter Jasmin, a staunch feminist, vegan, and medical student, whom Alex has invited to Tunisia. “Yes, but maybe we should also talk about what happened,” she responds to Mohsen’s assertions that they are “one family, same blood.”

Talking about what happened is something Mohsen seems unwilling to do, and contradictory stories of the past are slowly and gently coaxed out of him, casting him and the rest of the film’s characters in constantly shifting lights. His children tell him they are wary of feeling like they’re being used by their father, of becoming “the plants that you grew in a very good place and now the fruits are falling down.” Mohsen sees no problem with this approach. If anything, it is so pervasive that his sisters say they will encourage their children to marry tourists, if they have the chance. “Tourists loved us, and they knew the hard situation of the country. They brought gifts,” said one of Alex’s aunts. “We lived with tourists. They married into our family, so how can we not love them?” 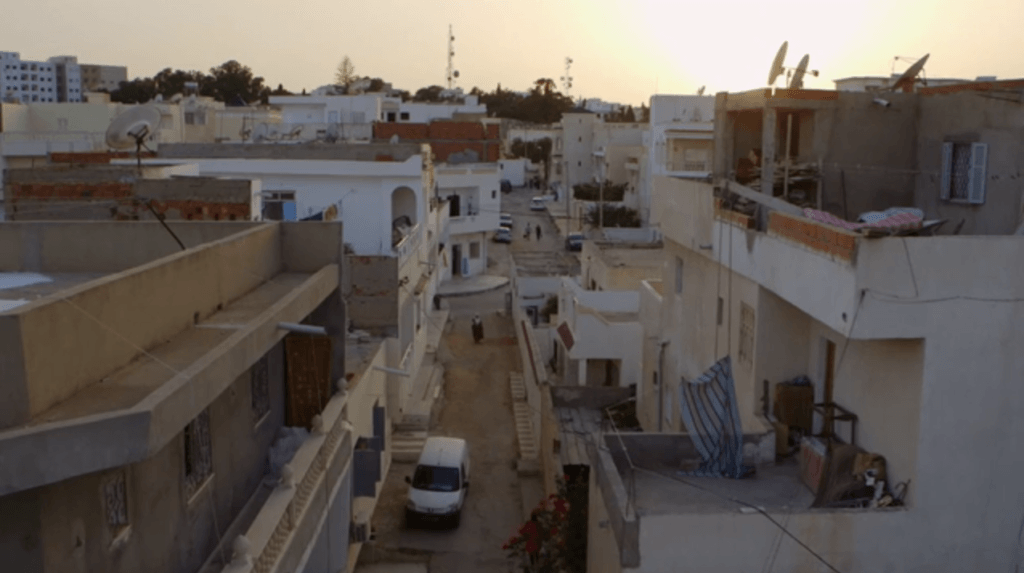 In the hands of a less thoughtful filmmaker, Bezness as Usual could have easily become a string of reprimands and laments over the demanding nature of “Eastern” conceptions of family and kinship, and the inevitable disappointments of reuniting with a mythical father figure. Instead, largely due to Pitstra’s sensitive storytelling, the film strikes a balance between objectivity, humor and personal narrative, evading the vilification of any of its characters, presenting them instead as complex and contradictory humans beings. Near the end of the film, Alex’s mother Anneke fondly recalls his father being kind, supportive and loving. She urged him to come back home with her. “He seemed to love me also when he came to Holland. And I believe he still does today,” she says, sitting in Alex’s living room 40 years later. She then calls Alex “a selfish bastard, a heartless person” for neglecting her in the years since he began to visit his father in Tunisia, after receiving a letter from him at the age of 25.

This is Pitstra’s film at its most generous, with its honest portrayal of the complicated nature of love, infatuation and self-narrative, and with its ability to take these romances — conceived and nurtured on sunny vacation shores, and so often dismissed as fleeting, fake — seriously. Bezness as Usual shows us that they are real relationships involving real people, which have life-altering consequences for everyone involved. And that one such consequence may very well come back decades later, wielding a camera, with curiosity, unanswered questions and a great deal of empathy, to make a wonderful film.

AD
You Might Have Missed
Mugamma revisited: Reimagining the building and the square
Carbon Colonies & A Green New Deal
Where do old lesbians go to die?
What we talk about when we talk about trees
AD
Lara El Gibaly
31 articles on Mada

Topics
Related
film reviews
Music comes to the rescue of thought: On Jumana Manna’s Palestine music documentary
Maha ElNabawi | This sound journey points to the richness of Palestinian history away from Israeli narratives
cinema
A definitive guide to Cairo Cinema Days
Yasmine Zohdi | We watched 40 + films to help guide you through Zawya's exciting regional cinema festival
cinema
A Present from the Past: A terrific film that could be more self-reflexive
Rowan El Shimi | “Stolen” footage made into a clear, well-paced narrative around the engrossing quest.