In a deserted area in the 66th district of 10th of Ramadan City, east of Cairo, men, women and children have come to collect bags of scented sand.

Tales about the sand, which smells sweet despite the bags of trash laying around, have circulated giving rise to a slew of spiritual interpretations perpetuated by those collecting the sand and attempting to preserve its scent. Some say that a good man or a martyr buried here has blessed it. 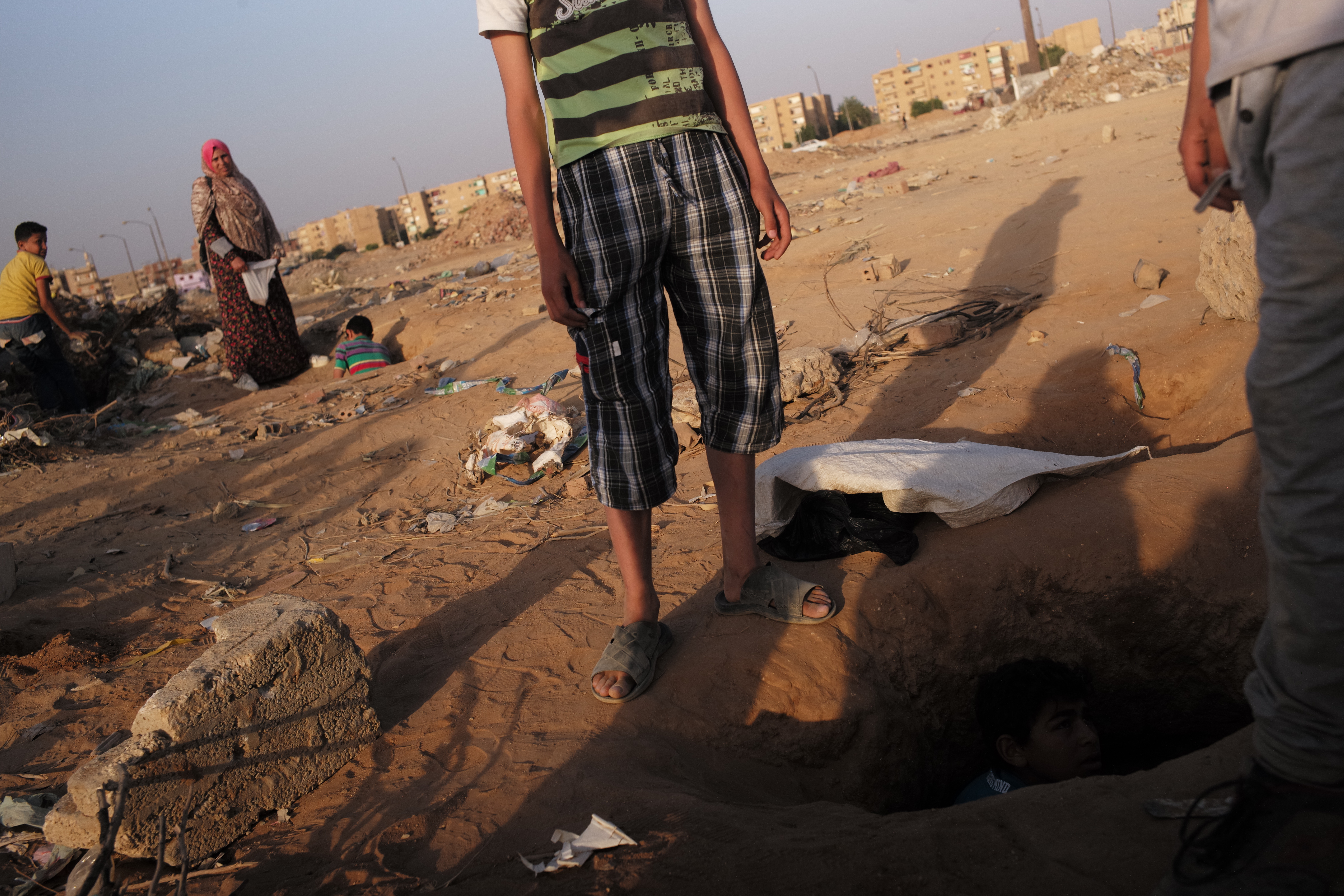 Saeed Mohamed, a worker at a carpet factory in the area, holds a handful of the mysterious sand and says: “I took some of it and boiled it in water so any grease would float to the surface, which happened. But the scent remained, That’s why I am keeping some of it in my house.”

Mohamed can’t think of a scientific explanation for the phenomenon so he came up with his own explanation: “I found out that Amr Ibn al-As, a companion of Prophet Mohamed, arrived in Egypt from this area. Maybe one of his companions died and was buried here. Martyrs usually exude a nice smell.”

A group of young men were playing and digging in the area, which is surrounded by garbage, flies and animal corpses, when they first noticed the sand’s unique aroma.

Buses and cars now roam the area looking for the “blessed sand,” as the residents call it. A bus driver who works for a local charity said he was returning for a second batch of the sand after he gifted the first to his friends and family.

The area measures approximately 20 square meters and is dotted with holes, some up to two meters deep, where people have dug up the sand. Around them lies construction materials deposited there by local authorities, according to a guard stationed close to the site. 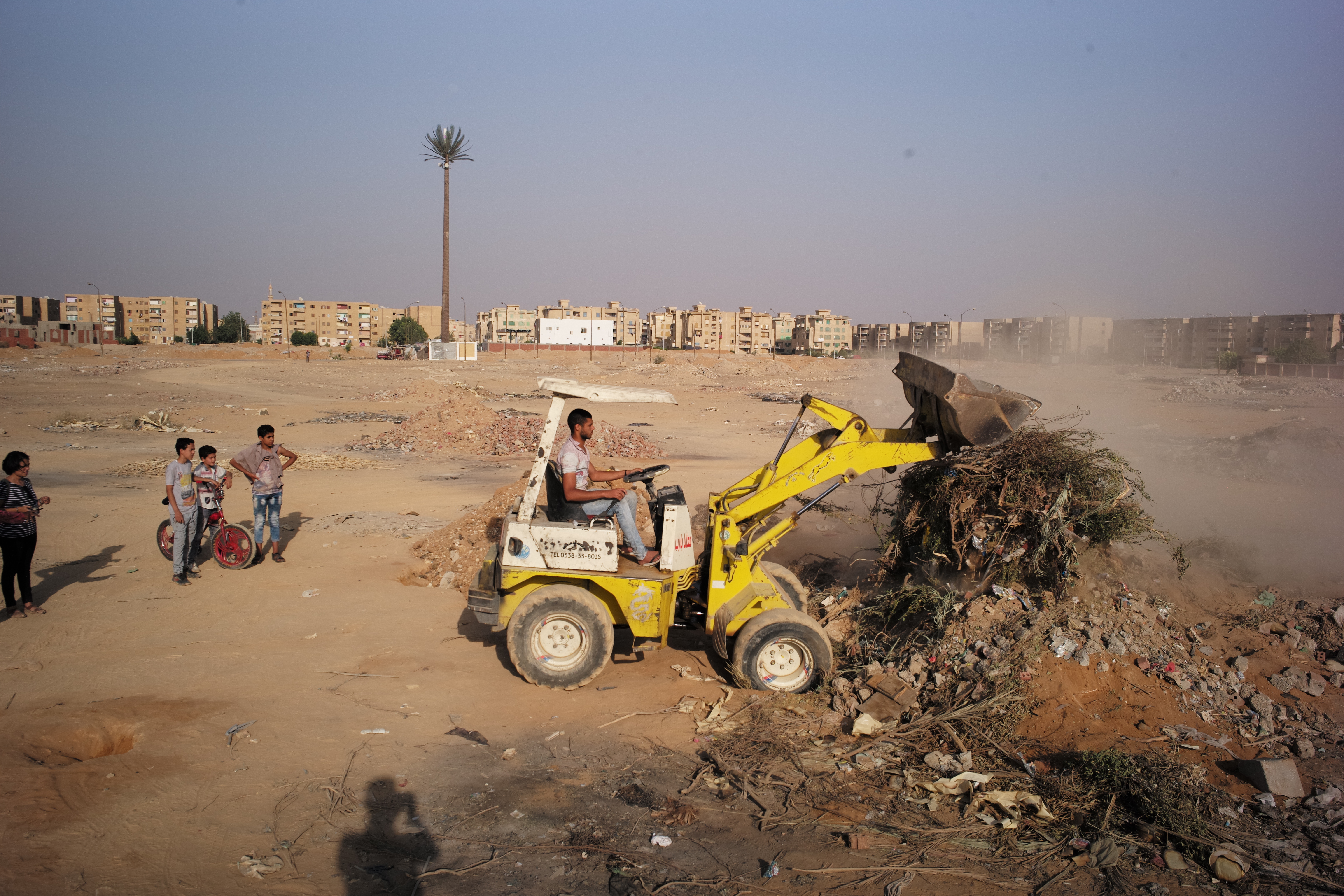 Adel Naggar, the head of the 10th of Ramadan City executive authority has a less romantic explanation for the scented sand. He says it is the result of a soap factory illegally dumping its residual chemicals. He believes the story took a mythical turn simply because “Egyptians love adventures and surprises.”

However, 10th of Ramadan residents refuse to believe the official’s version.

One of them told Mada Masr: “The scent doesn’t go away no matter how hard I wash my hands, if it was soap like they’re saying, it would go away. The scent remains no matter how much they try to bury it.”

The resident says that authorities should protect the “blessed” area instead of dumping construction materials there. Some locals have volunteered to remove the waste dumped on the site in order to preserve the scent.

Some young bystanders were skeptical however, sneering at women who were on their knees digging and collecting sand in plastic bags: “If it is a martyr from the October 6 war, why doesn’t the whole of Sinai smell like this?” 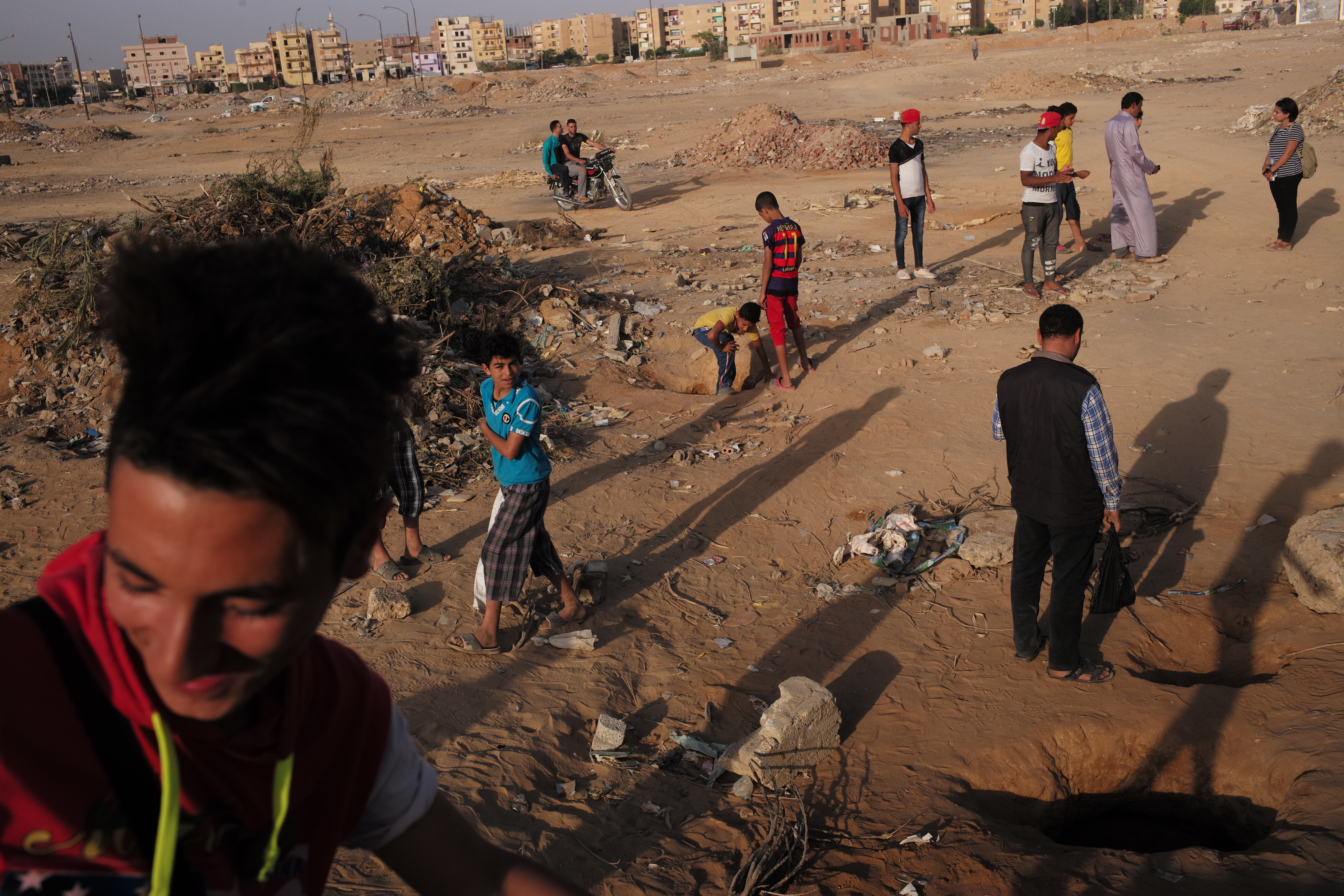 A woman in her 30s came from the nearby city of Belbis carrying her infant, to collect some of the blessed sand. She had a candid reflection: “If you want the truth, people are hanging on to anything that makes them feel that God is seeing them and and feeling their pain.”

AD
You Might Have Missed
What we talk about when we talk about trees
Mugamma revisited: Reimagining the building and the square
Where do old lesbians go to die?
Carbon Colonies & A Green New Deal
AD
Karoline Kamel
25 articles on Mada

Topics
Related
panorama
Life in a garden across from the UNHCR
Jihad Abaza | Life for a number of Sudanese, Somalian and Eritrean refugees in a garden opposite the UNHCR
panorama
They Usually Lie Around the Grotto
Ronnie Close | Exhibition: Townhouse Gallery, Cairo Book: ‘Seeds From the Zoo’ Artist-photographer: Bryony Dunne
protectorates
Urban expansion further threatens Petrified Forest protectorate
Jano Charbel | What is the state doing to protect such areas from destruction?
panorama
The rarely seen birds of Egypt
Ahmed Waheed | Ahmed Waheed started bird-watching when he was seven years old. He would travel with his father, who