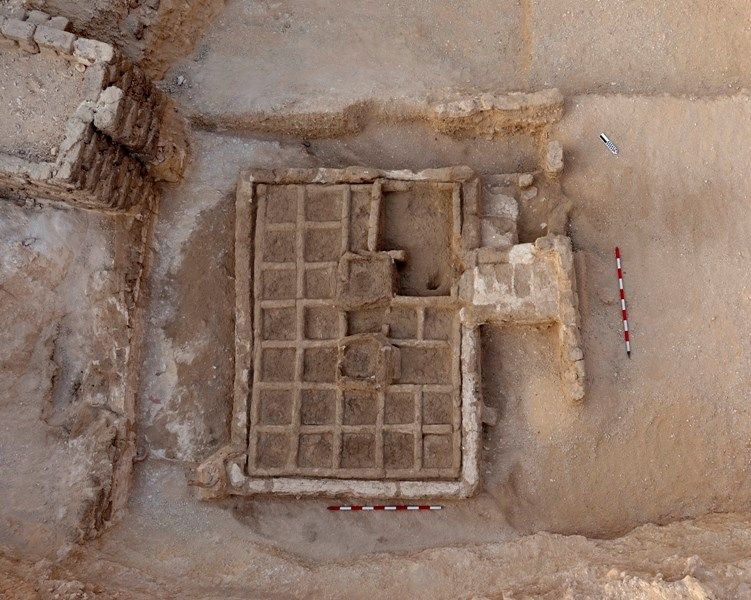 A team of Spanish archaeologists discovered a “unique funerary garden” during excavations in Luxor (formerly Thebes), which they suspect dates back around 3,800 years to the reign of the Middle Kingdom’s 13th Dynasty.

The garden, alongside a chapel and a number of well-preserved paintings were unearthed in the courtyard of an ancient tomb, in the Draa Abul Naga Necropolis on the west bank of the Nile, nearly 700 kilometers south of Cairo.

Measuring two by three meters, the garden is divided into smaller elevated square plots, where a number of plants and shrubs were likely to have been planted, according to a statement published by the Antiquities Ministry. The roots and trunk of a small tree, estimated to be around 4,000 years old were found in one corner of the garden, along with an ancient bowl that was probably used for offerings.

A small mud-brick chapel (46 by 70 by 55 centimeters) was also discovered, along with three colorful paintings on the chapel’s façade, still in their original locations, with the names of their benefactors inscribed on them — Reneef Seneb and Khemenit, son of the lady of the house of Idenu. Inscribed on the third such facade are the names of ancient Egyptian deities, including the falcon-headed god Montu, creator god Ptah, the hawk-headed god Seker, and the god of the afterlife Osiris. 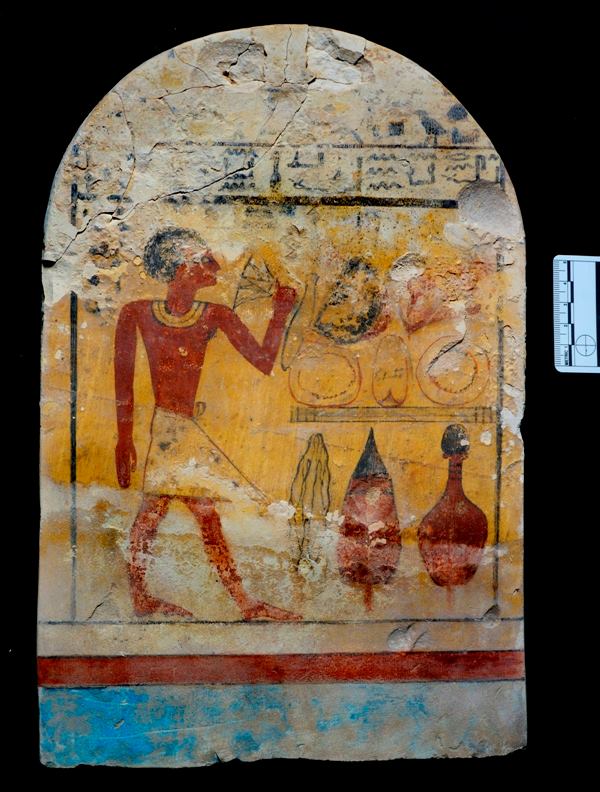 The team of Spanish archaeologists are associated with the Djehuty Project, which began in 2000.

“This garden probably had a symbolic meaning, and must have played a role in funerary rites. However, the likes of it have never been found in ancient Thebes,” José Galan, the head archaeologist on the team and professor at the Spanish National Research Council in Madrid commented.

There are representations of small rectangular or square-shaped gardens at the entrance to several funerary monuments and on the walls of tombs, Galan explained, confirming an “aspect of ancient Egyptian culture and religion that was hitherto only known through iconography.”

Galan’s team has made several archaeological discoveries in recent months and years, including the tomb of a nobleman from the 11th Dynasty, dating back some 4,000 years, which may subsequently have served as funerary storage room for later dynasties.

Topics
Related
Egyptology
Spanish team discovers 3,000-year-old tomb with colorful sarcophagus in Luxor
The owner of the sarcophagus was likely a nobleman who served in the temple of King Thutmosis III.
cultural heritage
Keeping track of the artifacts: On the Egyptian Museum’s Registration, Collections Management and Documentation Department
Meredith Brand | A look at the Egyptian Museum’s remarkable Registration, Collections Management and Documentation Department.
archaeology
Introducing a series on Egyptology, archaeology and heritage management in Egypt
Meredith Brand | Neglect and mismanagement are accusations that permeate any discussion of Egypt’s cultural heritage.
Ancient Egypt
4000 year-old tomb unearthed in Luxor
A team of Spanish archaeologists have discovered a royal tomb near the southern city of Luxor