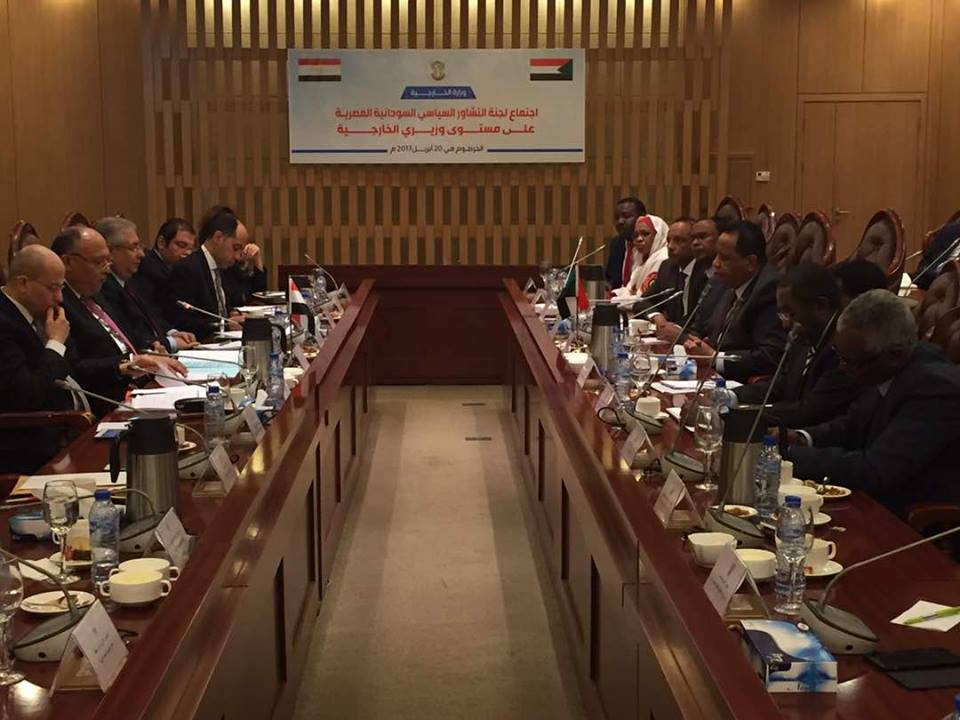 Authorities banned Taher Saty, from Al-Intibaha newspaper, and Iman Kamal Eddin, from Al-Sudani newspaper, from entering the country, according to a statement issued by the Sudanese Journalists Network. Both were ordered to return to Sudan. Saty returned Monday evening and Kamal Eddin was due to land at dawn on Tuesday.

A Sudanese journalist, speaking to Mada Masr on condition of anonymity, said that Saty, an opinion writer, was likely banned as a result of his criticism of Egypt and his coverage of the conflict over Halayeb and Shalateen triangle. All of Al-Intibaha’s journalists have been reportedly banned from entering Egypt.

Saty described being taken to a State Security Agency office at the airport, where he was interrogated briefly, whereupon Sudanese Embassy officials were told the deportation order was issued by Egyptian intelligence services.

Kamal Eddin wrote a recent article on the alleged construction of an Egyptian military base in Eritrea, which Atef Mokhtar, managing editor of Al-Sudani newspaper, speculated could be the reason for her deportation. Mokhtar told a Sudanese satellite channel that Kamal Eddin was visiting Cairo for journalism training.

Al-Sudani newspaper published a report on Monday stating that the Sudanese Embassy in Egypt is preparing a list of a number of Egyptian journalists that have insulted Sudan, and who will not be permitted visas to enter the country. An unnamed source told the newspaper that this follows “similar treatment” of Sudanese journalists in Egypt.

The Sudanese Journalists Network condemned the treatment of Sudanese journalists in Egypt, detailing the refusal to allow journalist Haitham Osman to obtain an entry visa. Osman is a colleague of Saty at Al-Intibaha newspaper.

“The network is very concerned, as it fears reports of a black list that includes Sudanese journalists are true. We reject and condemn the rhetoric adopted by Egyptian authorities, and, as we have said before, the Egyptian government should differentiate between regimes and their people,” the network said in a statement.

There have been 554 cases of politically motivated banned entry and travel bans imposed by Egyptian authorities in airports nationwide since February 11, 2011, according to a report by the independent information platform Daftar Ahwal, published in 2016.

Egypt’s Foreign Minister Sameh Shoukry visited Khartoum on Thursday to attend a meeting held by the political coordination committee with Sudan, a sub-committee formed by the two countries.

President Abdel Fattah al-Sisi reportedly acknowledged his Sudanese counterpart Omar al-Bashir, according to a statement by the Foreign Ministry, reiterating the importance of the security and stability of both nations.

The visit was aimed at continuing talks on Ethiopia’s Renaissance Dam, as well as a number of other issues, but did not include discussions on the conflict around the border area of the Halayeb and Shalateen triangle. The Sudanese Foreign Ministry had requested direct talks on the matter in April, but this was rejected by Egyptian officials.

Head of the Sudanese Committee for Border Demarcation reportedly suggested evacuating Egyptians from the area through diplomatic means, according to a report by the Sudan Tribune weeks after comments by Bashir in which he threatened to resort to the Security Council to solve the border conflict.

Sudan’s stance over the Ethiopian Dam is another point of contention between the two countries, after Sudan changed its position to support the construction of the Dam in 2013. Sudan is also hosting a number of fugitive members of the banned Muslim Brotherhood organization that fled Egypt.