Update: 33 killed in explosion in Tanta church claimed by Province of Sinai
By
Mada Masr 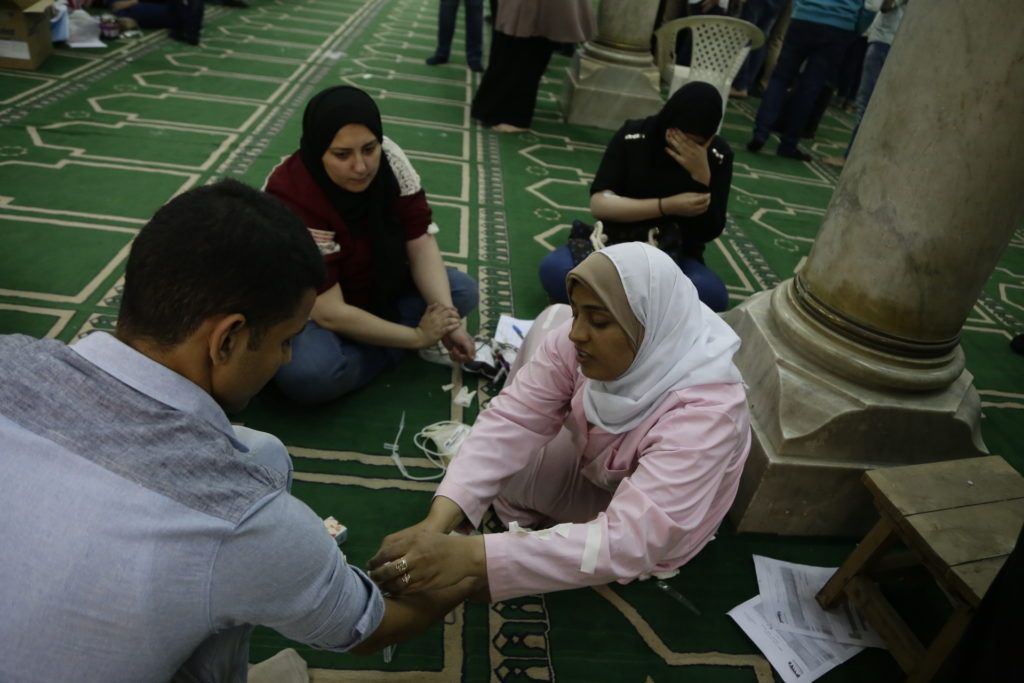 A bombing at the St. George Coptic Orthodox Church in Tanta, which was one of two that occurred on Palm Sunday and have been claimed by the Province of Sinai, has killed a recorded 30 people and injured 78 others.

Eleven people who were critically injured in the bombing were moved to Cairo’s Nasser Institute, and all other injured are being transferred to Cairo’s French Qasr al-Aini Hospital.

Early reports indicated that the blast in the governorate of Gharbiya was caused by an explosive device in the front row of the church, a security source told Extra News. However, the Province of Sinai claimed that the explosion was the result of a suicide bombing.

Hossam Eddin Khalifa, the head of security in the Gharbiya governorate, was sacked following the bombing, according to the state-owned Al-Ahram news outlet.

President Abdel Fattah al-Sisi asked the prime minister to visit the explosion site, according to the privately owned Al-Masry Al-Youm newspaper, and said he would convene the National Defense Council, state television reported, adding that surveillance cameras from the church were taken by the general prosecution.

Video of the moments before the explosion. Courtesy of the privately owned Al-Arabiya TV channel.

Police were notified at the end of March of an explosive device at St. George Church, which the privately owned news Al-Tahrir news portal reported at the time.

The explosion took place on Palm Sunday, the Christian holiday that precedes Easter and commemorates Jesus’s entry into Jerusalem. This is the second church bombing in the past six months after the St. Peter and St. Paul Church on December 11, for which the Province of Sinai claimed responsibility, vowing to continue targeting Copts.

Secretary General of the Arab League Ahmed Aboul Gheit, Egypt’s Grand Mufti Shawky Allam and Pope Francis all condemned the attack. Pope Francis is due to visit Egypt on April 28.

Tanta was the site of another explosion earlier this month, which targeted a police training facility and killed a low-ranking police officer and injured 15 others, mostly police personnel. The Islamist militant group Lewaa al-Thawra claimed responsibility for the attack. However, Lewaa al-Thawra publicly condemned Sunday’s bombing as “ugly and sinful,” asserting that the group that carried them out are “nothing but criminal gangs.”