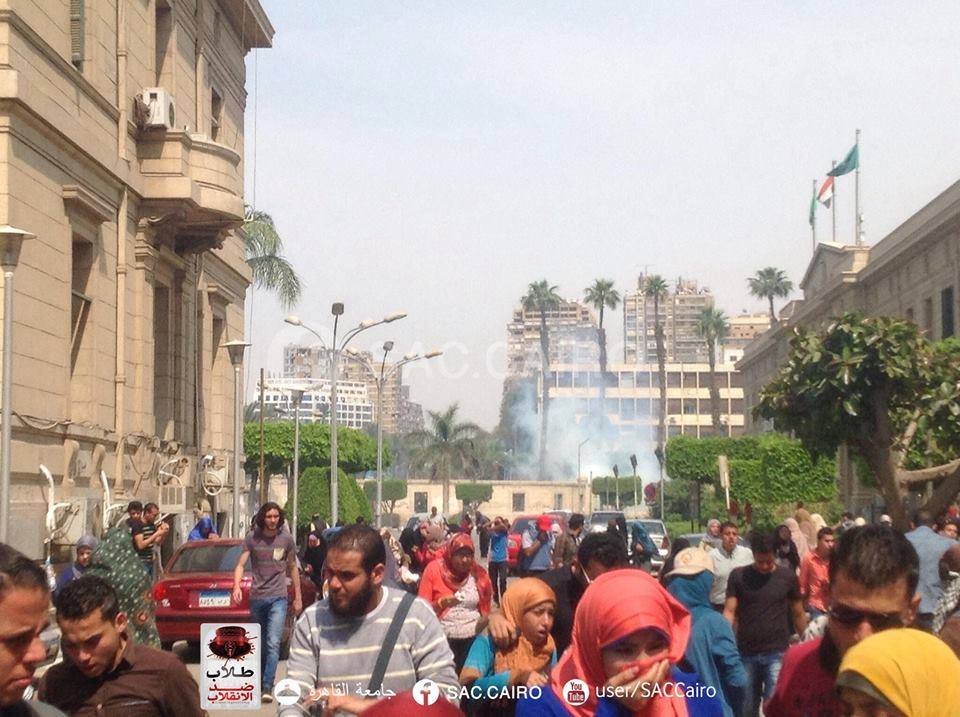 Clashes at Cairo University - Courtesy: Students Against the Coup

Egyptian authorities took punitive action against 2,297 student activists nationwide between 2013 and 2016, according to a report by the Egypt-based Association for Freedom of Thought and Expression, supported by the Norwegian Students and Academics International Assistance Fund.

The report, titled “Besieged Universities,” documents the extrajudicial killing of students on campuses, university arrests, the expelling of students, military trials of student activists, and repressive governmental and educational policies.

Chart showing the extrajudicial killing of students in 4 Egyptian Universities 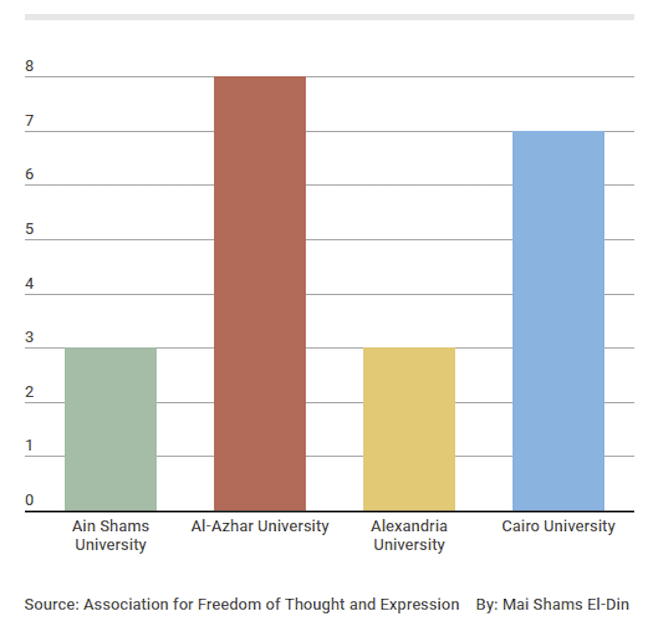 Egyptian universities have been sites of increasing levels of violence on campuses since the ouster of Muslim Brotherhood President Mohamed Morsi in 2013, with security forces clashing with students they perceived to be aligned with the outlawed Muslim Brotherhood organization.

The report documents 1,181 cases of student arrests, 1,051 disciplinary actions, 65 military trials and 21 extrajudicial killings on campuses — with most occurring in the 2013-2014 academic year.   It also documents 65 military trials of students, with Mansoura University witnessing the highest numbers of students referred to military trials. The highest numbers of extrajudicial killings were at Al-Azhar and Cairo universities, where 21 students lost their lives as a result of live ammunition or bird-shot fired by security forces. 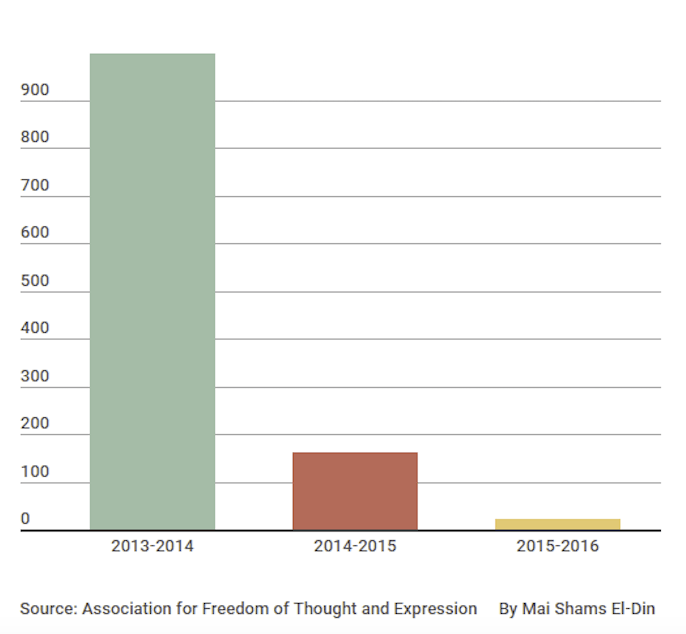 Egypt’s authorities have typically laid the blame for these deaths on other students, according to the report, most commonly those arrested during on-campus clashes. 1,105 disciplinary penalties were brought against students, more than half of whom were at Al-Azhar University, for their alleged involvement in violent incidents.

Some 626 students were expelled from universities for their alleged participation in campus protests and student activism. Such disciplinary measures have been enforced simultaneously with campus security crackdowns, the report noted, particularly after interim President Adly Mansour issued a decree in 2014 granting university presidents sweeping powers to sanction students without academic board hearings.

While the report acknowledges that some students should be investigated for their roles in on-campus violence, it stressed the need for full and transparent investigations into such incidents, urging university administrations to end their support for the state’s “draconian laws and actions.”

Such measures have destroyed the academic futures of hundreds of students, the report argues, and have crushed student activism on campuses.