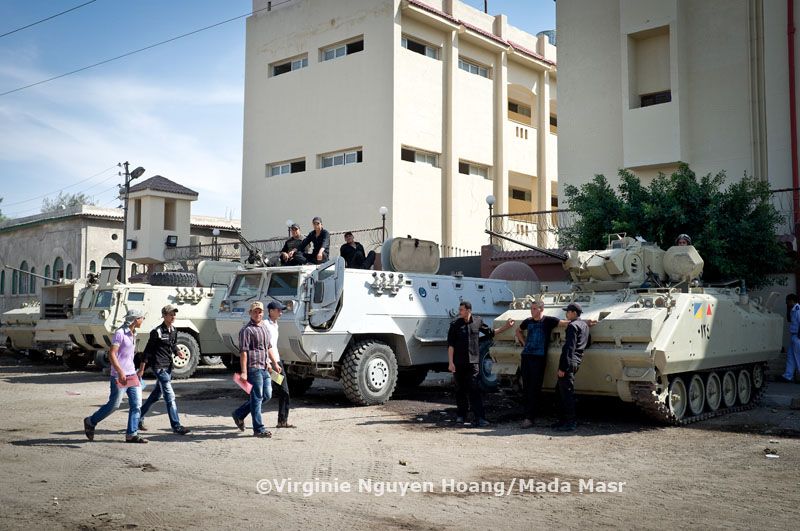 The Islamic State claimed responsibility for planting an improvised explosive device alongside a road in Arish that killed two officers and injured four on Thursday evening. Islamic State-affiliated news agency A’maq reported on Friday that Islamic State militants planted the IED in Bahr Street in the North Sinai city of Arish.

The incident occurred when a police patrol in Arish detected and engaged militants planting the explosive device. Egyptian police forces killed one militant in the ensuing firefight, while the others fled, according to a statement Egypt’s Interior Ministry published on Friday. The officers were reportedly killed while attempting to defuse the device.

The explosion comes one day after the assassination of Armed Forces Colonel Yasser al-Hadidy, who was killed by an IED in Arish. The Islamic State-affiliated Province of Sinai has since claimed responsibility for the attack.

In its statement on Thursday addressing Hadidy’s death, the Interior Ministry asserted that such attacks “will strengthen the will of policemen and their resolve to continue on the path to eliminate terrorism.”

Armed Forces killed one militant, arrested 70 “armed elements” and destroyed two tunnels that run below the Rafah border crossing with Gaza since Tuesday, according to a statement released by the military spokesperson on Thursday.

The Egyptian Armed Forces and police have launched armed campaigns in North Sinai to counter militant attacks that have increased in frequency since the ouster of former President Mohamed Morsi in 2013.

Civilians have increasingly become involved in the conflict between militants and Egyptian security forces. Most recently, the Province of Sinai has conducted targeted attacks on Coptic Christians in North Sinai, which prompted hundreds to flee their homes in the peninsula.

The militant group released a video claiming responsibility for the attacks against Copts and the bombing of a Cairo church which left dozens dead in December.

Last month, armed Province of Sinai militants intercepted a bus transferring teachers from Arish to Rafah and threatened them with punishment if they did not follow “Islamic dress-code” and were not escorted by male relatives.

Topics
Related
Province of Sinai
Province of Sinai claims responsibility for assassination of high-ranking security official
The Province of Sinai has claimed responsibility for the bombing of a military convoy in Arish in North
Province of Sinai
No safe routes to schools: Sinai teachers intercepted by Islamic State loyalists
Teachers say they will not go back to work until safe routes to schools are provided
Egypt-Palestine relations
3 Palestinians killed, 5 injured after Armed Forces destroys Egypt-Gaza tunnel
Three Palestinians were killed and five injured on Friday, allegedly by poisonous gas, while carrying
attacks on Copts
North Sinai Copts face death or displacement in absence of security and tribal protection
Heba Afify | The circle of Coptic Christians in danger of targeted attacks widens in the absence of protection