اقرأها بالعربية
Politics as a path – Feminist testimonies from Egypt 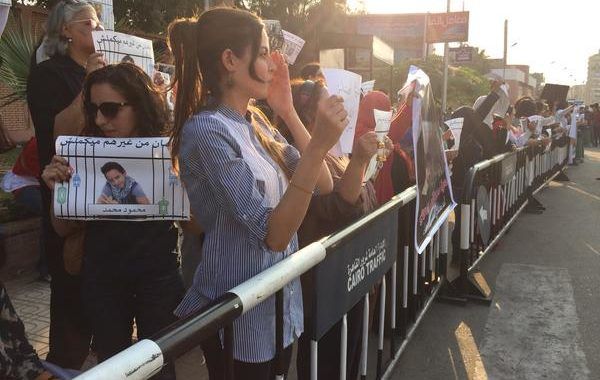 Like most young men and women of my generation, my involvement in public affairs began with the January 25 revolution in 2011. It was for me the starting point for change and liberation. Perhaps one of the greatest moments of my life was the cheering and the realization that my voice can be heard and have an impact.

After previously working in the artistic field, since the revolution I sought to work and train in various human rights centers and organizations in an attempt to understand and comprehend what was happening around me. Through this work, I developed a gendered perspective toward human rights issues.

Toward the end of 2013, I moved to work with a prominent feminist group in the fields of empowerment, knowledge production and raising feminist awareness. I participated in the facilitation and implementation of some of its most important schools, such as the feminist school and the women political cadres school, both of which are dear to my heart. Through those two experiences in particular I found answers to a number of questions related to the right to movement, the right to choice, the nature of feminist solidarity and feminist consciousness, differentiation between our experience and that of others, the various reasons behind the women’s divergent decisions and the nature of challenges faces by different Egyptian women.

I also learned that the daily challenges and difficulties facing Egyptian women constitute a daily feminist struggle, and that for those young women to forge a space for themselves is a cruel and major struggle, and that getting involved in political activism does not only double women’s burden (reproductive and productive) but triples it (participation in the public space).

At present I am most interested in women’s participation in the political domain and how to build young women cadres inside the various legal organizations, such as parties and trade unions. I came to believe that feminism for me means social justice that I have been calling for since the beginning of the revolution. Justice in wages, social roles, laws, inheritance, public jobs and positions lies in the heart of feminist activism that set the ground by many feminists since the very beginning through writings or engagement in the public pace for the first time in 1919, or the development of clear feminist demands such as happened in 1923. At the time, women demanded equality between the sexes in education, granting women access to higher education, amendment of election laws to allow participation of women to vote, since it is unjust that women should submit to laws that they did not participate in drawing; in addition to laws that prohibit polygamy except for necessity and a law that obliges the husband to divorce his wife in court.

Until this moment and despite the different generations and tools used by the Egyptian women’s movement, most of those past and current demands have not been fulfilled. However, despite some disappointments and frustrations, my belief continues that political activism is of a feminist nature and that the aim of involving women in politics is to realize a comprehensive social feminist agenda where women are not secondary citizens, only subjected to injustice and always expected to play only certain social roles.

To be able to propose an alternative political feminist vision that is negotiable with all stakeholders — society, state, judiciary and legislative — women have to be represented more widely in the public space and especially in the political space. A fair representation of women, whether in parliament, political positions and the various state institutions (judicial, executive and legislative) will not only promote their presence in larger numbers but will also provide a different perspective based on a different social and political experience, because the daily experiences of women differ from men. Even if the women are close to the state or not gender sensitive or do not hold a feminist vision, it is not necessarily a bad thing. State feminism, although disputed by some, has provided women with privileges regarding, for example, the amendment of the nationality law and those of the personal status law, or the presence of a woman like ambassador Mervat Eltallawy on the head of the national council for women and her role in the constitutional amendments and those of the Penal Code, as well as the struggle of women to access judicial positions.

I also believe that politics in Egypt should be of a reformist character; even if the proposals are progressive, they should be submitted the state’s reformist tools whether through negotiation or through forming temporary or permanent coalitions, putting forward alternatives and visions from a feminist perspective to ensure greater gains for women.

It is therefore that I always envision my work as participating in educating young women cadres in the various Egyptian democratic parties, who are aware of women’s problems and challenges, believe in women’s solidarity, and be able to propose and negotiate a political agenda from a different political perspective and affiliation. This I consider the biggest project of my life, which I decided to pursue and consider my path, no matter whom I am working with.

This piece is part of Mada Masr’s series Feminist testimonies from Egypt.

AD
You Might Have Missed
What we talk about when we talk about trees
Where do old lesbians go to die?
Carbon Colonies & A Green New Deal
Mugamma revisited: Reimagining the building and the square
AD
Kheloud Gomaa
1 article on Mada